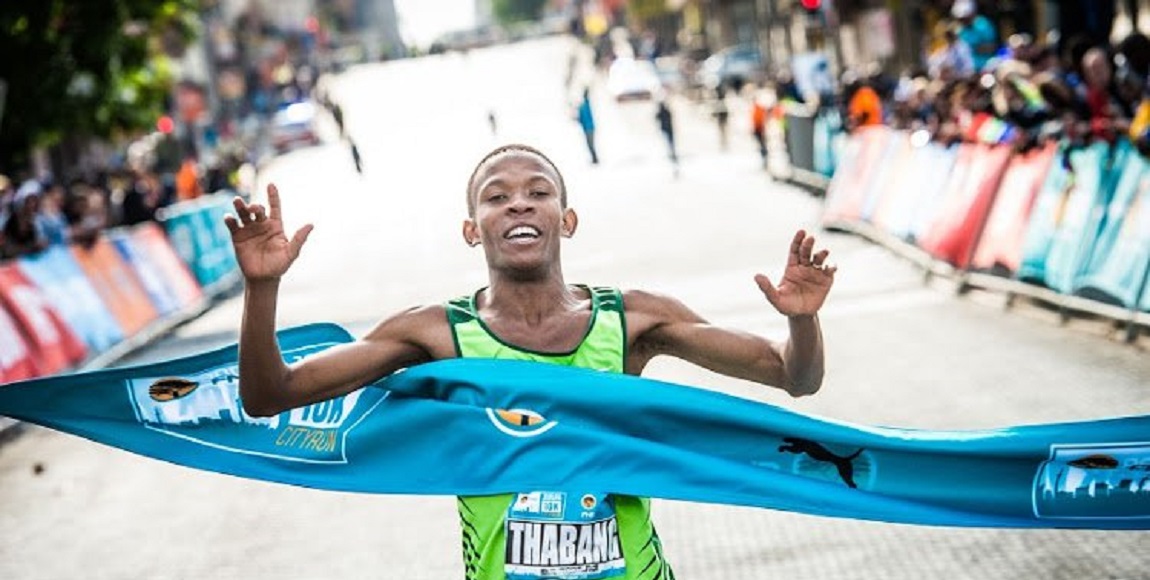 Twenty-two-year-old Thabang Mosiako, a South African athletics champion who was due to fly to Algeria for the CAA African Cross Country Championships in March was attacked on February 4th by about five to ten students in Potchefstroom. The athlete sustained severe head injuries which might result in seizures in the future, The Potchefstroom Herald reports. Mosiako was attacked along with two other friends, Rantso Mokopane and Sandy Londt, who sustained only minor injuries. The Daily Vox team spoke to Mokopane about what had happened.

That evening we went out. We want to buy food at Varsity College. I was in the queue and the other two were outside, Thabang who was assaulted and Sandy. I was second in the line. There were three guys who were there for three or four minutes, swearing at the cashier. So I said those guys are not doing right. I asked the guy can you please pay and go because I see you swearing at the cashier and what you guys are doing is not right. But by me saying that those guys got angry. So I was like no, I donâ€™t want to fight but what you guys are doing is not right. And then I paid. The cashier wanted to hit them with the sjambok. I took the sjambok but I didnâ€™t flash at them or anything, I just took it and gave it back to the cashier. And then I went outside.

So inside there were three guys when I went outside. I think they called their friends and their partners, more than three. They came out and again I told them no, because I was talking about the incident inside. I said what you guys did inside was not hundred percent but I do not want to fight. So they got aggressive and they hit as we were all on the floor, me, Sandy and Thabang. They were kicking us and hitting us with fists until two police officers came.

When we were running away we saw one police vehicle who was patrolling so I stopped it myself and they stopped at the four way stop. And I could see those guys running behind us. So I asked them canâ€™t you help us and please put us in the back of your car or the van. I showed the female officer these guys are at the back and said they are following us. And we donâ€™t have any intention of fighting. And we donâ€™t have anything to do with the fighting.

The police listened to us but they didnâ€™t do anything – they didnâ€™t respond. They said weâ€™re just patrolling and they took a U-Turn and went away. When the police officers went away, these guys who were hiding just next to us – we didnâ€™t see them. They just came out of the blue. I didnâ€™t even run because they were next to me. They fought us. Sandy went the other way and Thabang went the other way. I was fighting two and they left me and went to Thabang. I just saw one hitting and kicking him.

Later I went to varsity to ask for help at the main gate. The protection services said no Iâ€™m talking nonsense and I should go away. Then I went back to check up on my partners. Thabang was lying on unconscious with blood on his head. Thatâ€™s what happened. Then the police came and they called the ambulance. It happened just outside of the university premises. It happened between 12 and 2 on Sunday morning.

He (Thabang) is recovering well. But he didnâ€™t do his session today because they said his head was sore or something like that. We (Sandy and Rantso) are okay, we only sustained minor injuries. We were only worried about Thabang because he got a head injury.

Rantso also took to Facebook to talk about the incident saying that while he refrains from talking about racial issues, all of the times he has been attacked it has been been by white men.

â€œAt the NWU, any form of racial discrimination is condemned in the strongest possible terms and any such incident is promptly handled in terms of the universityâ€™s disciplinary procedures.

The acting SAPS provincial head, Lt-Col Adele Myburgh has confirmed that the police are investigating the incident which took place during Rag (Raise and Giving period).

Editorâ€™s note: ATT has been edited for clarity and brevity.