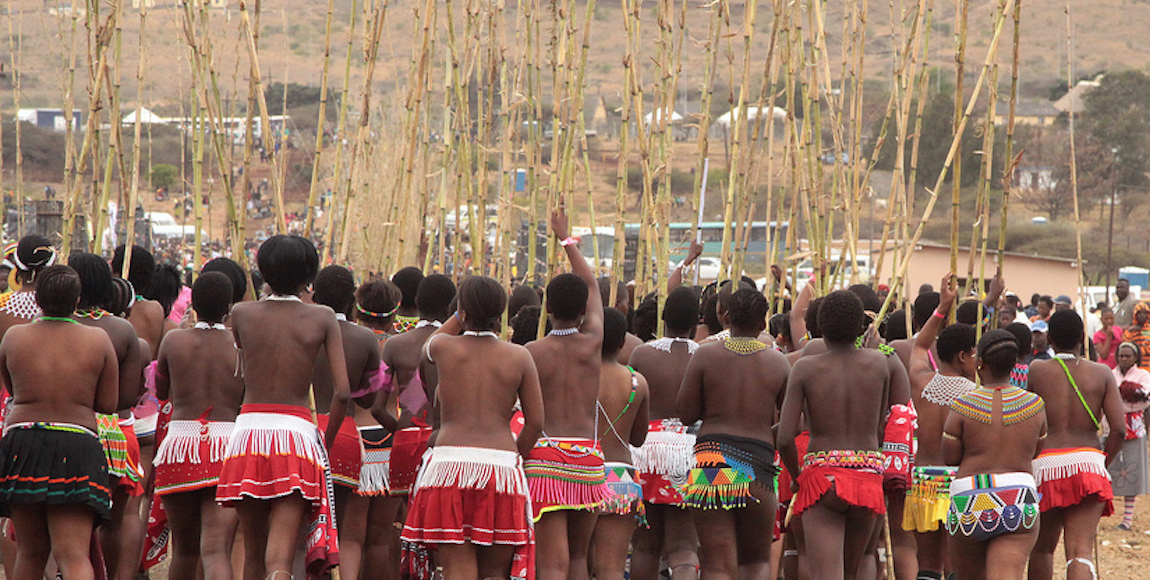 Last week it emerged that the eThekwini Municipality had set aside R1.6 million for the annual reed dance held at King Goodwill Zwelithiniâ€™s Enyokeni palace in Nongoma. Included on the expense list was almost R500 000 set aside for council-approved carpets hired to make the maidens more comfortable during the ceremony. Some lauded the city over the carpet hire, others criticised the move. Lizeka Maduna weighs in.

The annual reed dance sees thousands of young women from across the country travel to the Zulu kingâ€™s palace in Nongoma to participate in a three-day event, meant to teach young girls about abstinence and how to shield themselves from social ills. But itâ€™s now also become a political accessory to corruption, as the almost R500 000 spent on shoddy carpets clearly show.

Outrage over dubious spending and the looting of state funds by government officials is common in South Africa, and taxpayers always bear the brunt of the government’s reckless spending. This time, someone made off with half a million rand for the rental and â€œinstallationâ€ of carpets on which the young women sat during the event.

The DAâ€™s Zwakele Mncwango said that the party fully supported the festival but questioned the amount of money that was spent, saying â€œI don’t think it was more than R100 to hire that thing,â€ he told IOL.

Before we even got to the carpets, people in KZN were divided over the uMkhosi woMhlanga [reed dance). Some have criticised the event as a waste of public funds while others argue that it is an important part of Zulu culture which deserves to be supported.

Separately, the state has allocated King Zwelithini R58.8 million for the 2017/2018, with almost 70% of the amount going towards “assisting the king” as he participates in his royal duties. Earlier this year, it was reported that R1 billion had been set aside for upgrades to his Nongoma palace in a project that would ostensibly improve the reed dance.

And while the move by the eThekwini Municipality to sponsor the ceremony so maidens can have a dignified ceremony is commendable, the municipality isnâ€™t exactly flush with cash. The city received a qualified audit and opposition parties say itâ€™s already in a state of collapse, owing to corruption and maladministration.

The reed dance is not the only cultural event used by dubious people as an excuse to drain public funds. In 2016, the city spent R18 million to buy the rights to an American music festival, the Essence Festival, which reportedly came with a hefty R95 million price tag. and some financial irregularities. With the city facing mounting protests over a decades-long housing shortage, we shouldnâ€™t be shy about scrutinising the way the city spends public funds.

To be clear, the reed dance itself is not under attack here. It remains a vital practice for the Zulu nation and is a way to embrace Zulu heritage and pride. Rather, it’s the cityâ€™s gross financial mismanagement, in this and other areas, that must again be questioned.