Home Features Reimagining Somalia: â€œWhat would I have become if it werenâ€™t for the...
WhatsApp
Facebook
Twitter
Email
Print 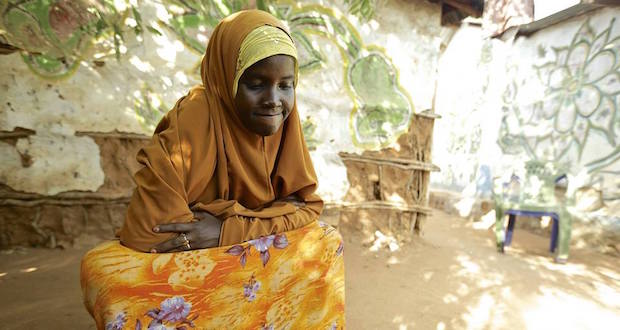 In a powerful, personal photo project, Hamza Mohamed, a Somali journalist living in Qatar, asks what his homeland would have been like, had the 25-year civil war never happened. RAâ€™EESA PATHER reports.

In the past four years of his travels, Mohamed, who works for Al Jazeera English in Doha, has captured thousands of photographs from Somalia. He has notebooks scrawled with stories that Somalis have told him, as they peddle goods to make a living on the busy streets of the countryâ€™s capital, Mogadishu. This year Mohamed has collected his stories into a photo series that asks: What if the civil war never happened in Somalia?

â€œIâ€™m a journalist so I cover a lot of bad stuff, and I also ask myself what would I have become if it werenâ€™t for the civil war, because I donâ€™t have memories of Somalia before the war,â€ Mohamed told The Daily Vox. â€œSo, for me, sadly I havenâ€™t known Somalia at peace with itself.â€

But in his recent travels, Mohamed believes he has seen a Somalia that is more at peace with itself than it has been in decades of turbulent conflict. Although Mogadishu has been at the centre of Somaliaâ€™s civil war, recently the Somali government ousted militant Islamists Al-Shabab from the city, paving the way for stability to returnÂ toÂ a placeÂ thatÂ has been at the epicentre of a 25-year power vacuum that began in 1991 after former Somali President Siad Barre was overthrown.

Civil war ensued between rival political clan-backed factions in Somali communities around Mogadishu. A foreign-backed government was established in 2012, but the damage had been done with civilians suffering the brunt of the conflict. By 2011, two million Somalis had fled their homes, and 1.4 million people were internally displaced. An estimated 500,000 people have died in 20 years of war and famine.

â€œSometimes when I travel, I can meet someone of a similar age to me, but because of circumstances they are now security guards working for $100 a month, risking their whole life. When I look at the number of young men carrying guns, I think that could have been me if it wasnâ€™t for decisions that were made for me by my parents,â€ says Mohamed, who left Somalia at a young age.

But although Somalia is still facing hardship, Mohamed is striving to tell a story that shows another side of the country: its resilience, its beauty and its people.

â€œAll year round, you have sunshine [in Somalia], and thatâ€™s the mood of the people. One of the things you will notice in the pictures Iâ€™ve posted is that most of the people are smiling, and this is a picture that is not represented when you look at the media,â€ Mohamed says.

As a journalist, he feels an added responsibility to use the platform he has to show the world what he sees. His aim is to challenge what Somalis in the diaspora think of their people at home, and to cut through images of Somalia that often focus on violence and famine.

Although Mohamed publishes his posts only on Instagram and Facebook, Somalis in the diaspora from Canada to Cambodia have begun sending him stories of their experiences. He now also receives messages from people who tell him his images have inspired them to visit Somalia.

â€œIf somebody gives me a platform, I think this is the least I can do for my country,â€ Mohamed says.

What if the civil war never happened? I’m Rashiid Ali. I was ten when the civil war started. Growing up I don’t recall what I wanted to become but I was certainly eager to shed my primary school shorts for the “grown up” khaki pants that were typically work in high schools in pre war Somalia. I often used to hear “innamada wa la dhoofin” but most probably I would have gone to university in Mogadishu or joined the family business. Currently, I’m an architect and university lecturer in London. In the future, I would like to design civic buildings and public spaces in Somalia and the rest of the continent. Most definitely I see myself moving back. #MySomalia #My252 #My2Five2 #Somali #Somalia

His friends have begun to accuse him of working for the tourism board in Somalia, but Mohamed says his images capture ordinary life in the country. He uses #My252 to evoke a Somalia where everyone is united under a single nation, despite the separate administrations in Somaliland and Puntland in the northern regions.

â€œIf each and every Somali could actually tell the full picture of Somalia then I think it would be a different place,â€ Mohamed says.

Mohamed believes the country is only a â€œclick awayâ€ from doing just that. Taking pictures of ordinary day life, such as delicious food dishes in restaurants or five-star hotels in the city can alter perspectives of the country, Mohamed explains.Â He alreadyÂ has plans to exhibitÂ his photo series in London â€“ where his family fled when he was a youngster â€“ and Mogadishu.

But what will it take for Somalis back home to achieve the future they are working towards?

â€œThere needs to be 100 percent reconciliation between people living in communities and leaders,â€ Mohamed says. â€œAt the end of the day, we are all Somalis and Somalia is more than big enough to accommodate all of us.â€

South Africa may know a thing or two about the success and trials of reconciliation, but things are even more complicated in theÂ Somali context,Â Mohamed says.

And yet, if Mohamedâ€™s photo series is anything to go by, through grit and determination, Somalis could be closer to seeing their children live the lives they hope for.