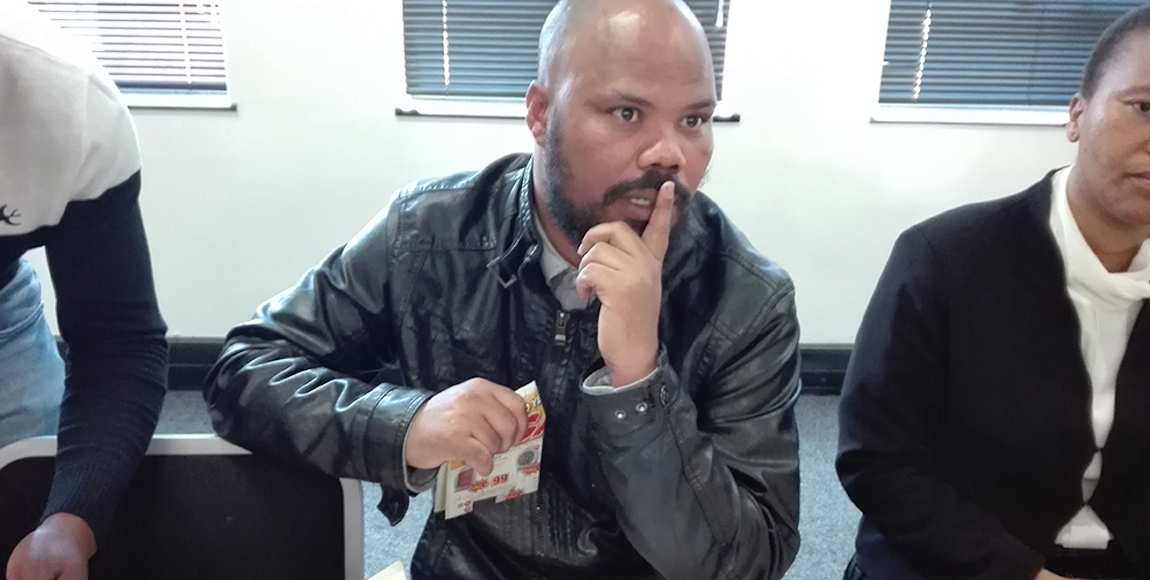 On 2 August, one of the 14 arrested Marikana activists, Napoleon Webster, held a press conference along with the Socio-Economic Rights Institute of South Africa, calling for deputy president Cyril Ramaphosa to be held accountable for the Marikana massacre.

Webster, who has been released on bail, was arrested on 6 January and spent over 200 days in Rustenburg prison for allegedly murdering an ANC ward councillor, Sabata Petros Chale. According to Webster’s lawyer, Lindokuhle Mdabe, his bail application took months because of poor legal administration and legal documents going missing.

Webster believes that his arrest was a political motive to silence him and the arrested community members from speaking up against presidential candidate, Cyril Ramaphosa. “I feel that this is a plot by Cyril to destabilise Marikana and exploit us more,” he said. Webster called for the law to prosecute Ramaphosa and the police for their role in the Marikana massacre. Webster and the arrested activists were known for being vocally against the ANC and advocated for better working conditions for mineworkers.

Webster, who is facing charges of murder and defeating the ends of justice said that he was almost murdered twice by prison inmates, and suspects these attempts to be politically motivated. Webster called for the Minister of Mineral Resources, Mosebenzi Zwane, to improve living conditions in Marikana and called for the minister to intervene in mining companies exploiting workers. “We need to hear the minister condemning companies and suspending more companies,” he said.

As part of his bail conditions, Webster is prohibited from being Marikana, but pledged to find ways of working with the community to fight against exploitative mining companies. His trial begins on 12 September at the Bafokeng magistrates court.