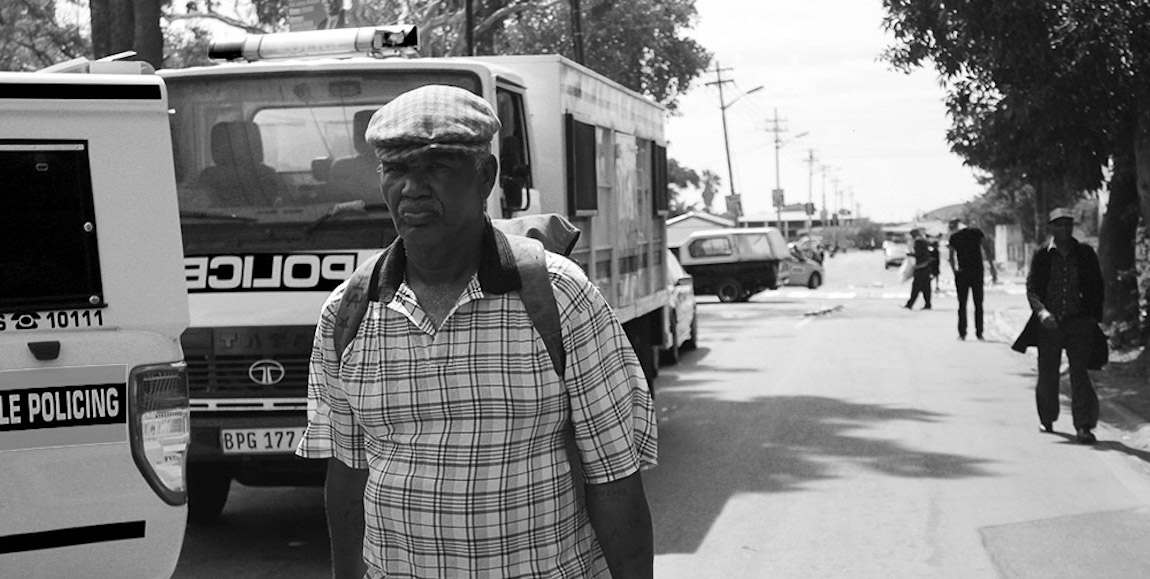 Former student leader and PAC activist Philip Kgosana has died. He was 81. Kgosana is best known for mobilising students in anti-pass protests in Cape Town during the ’60s. He was later imprisoned by the apartheid government. The Daily Vox interviewed Kgosana ahead of Human Rights Day in 2015 and spoke with him about his memories of Langa during the struggle. The story has been republished below.

In March 1960 the Pan African Congress (PAC) mobilised for mass protests against the apartheid government’s pass laws, which restricted free movement and enforced segregation. In Sharpeville, outside Johannesburg, 69 people were killed and many more wounded. In Cape Town, thousands of people from Langa and Nyanga, led by PAC member Philip Kgosana, marched to police stations to present themselves for arrest. Kgosana was imprisoned, and in the days that followed police cracked down on protestors, killing three people and wounding 26. Kgosana spoke to RA’EESA PATHER about his memories of the campaign.

A step too far Historically, pass laws had always been enforced on black males, but in 1960, the apartheid government was on the verge of imposing them on women.

“They were going to extend the same notorious pass laws to the African women which meant the entire African community was now going to be suffering these pass laws,” Kgosana said. Kgosana was a student at the University of Cape Town. Black students were not allowed to stay on campus, and some of them – like Kgosana – were instead forced to stay in the migrant labour hostels in Langa, which were built for workers from the Eastern Cape who were employed in various industries in the Western Cape.

“Although I was a student at the University of Cape Town, I had no access to student accommodation on the campus. It was legal, it was lawful; they told me that what I was permitted to do as a student was to go to the lecture room, go to the library, go to the canteen, but not to go to any social anything around the campus,” Kgosana said. The campaign called on men to leave their pass books at home and march to the nearest police station to present themselves for arrest.

At the time, the ANC, too, had an anti-pass law campaign in the works. The ANC was scheduled to launch its campaign in May, but upon hearing that, the PAC decided to start its demonstrations in March.

“The ANC’s campaign was burning the pass, the PAC’s campaign was actually more radical – getting arrested and crippling the economy,” Shirley Gunn, the founder of the Langa Memorial Collective, told The Daily Vox. On the morning of March 21, protestors assembled to march to the police station and surrender themselves for arrest. But they were stopped along the way by 10 police vans full of policemen. Their captain spoke to Kgosana, while the policemen waited for orders. But they continued to protest. That night, a meeting was held at the Langa bus terminus – which is now a taxi rank –  to discuss the coming days. The meeting was in contravention of a government ban that said no more than 10 people could assemble for public gatherings. When police arrived, they killed three protestors, Cornwell Tshuma, Leonard Mncube and C Makiwane, and injured at least 26 others. Richard Lombard, a driver who transported two journalists to the township, was also killed.

“The papers all said three people died. However, the driver was sitting in the car; he was mistaken as an enemy agent or member of the Security Branch – his car was torched and he died. Should his name be there? Yes. Why not?” Gunn said.

In retaliation to the killings, protestors embarked on a labour strike to demand the abolition of the pass laws. On 26 March, something astonishing happened: the Nationalist Party suspended the pass laws. Although the suspension lifted the PAC’s spirits, it was abolition of the laws they wanted. The labour strike continued, with police becoming increasingly violent in their attempt to force black labourers back into work.

“For a political movement to exact pressure on government and force it to suspend a law, was a major success for us,” Kgosana said. “These pass laws had originally been instituted in 1809 when strandlopers were forced to carry travel documents in the Western Cape and here was an organisation in 1960 forcing government to suspend that law.” The frequent and horrific police brutality in the township spurred a mammoth protest, which took place on 30 March. Kgosana led up to 100,000 people on 15km march from Langa to the Grand Parade, near Cape Town’s city centre. He was promised a meeting with justice minister Frans Erasmus to discuss the peaceful protests and the brutal response from the police in exchange for dispersing his compatriots. Kgosana complied, but instead of meeting with Erasmus, he was thrown in solitary confinement for 21 days.

Fifty-five years have passed, but his time in solitary confinement remains fixed in his memory.

“You sit on the floor of that small little room the size of a lavatory, and sing songs and start dancing and try to recall all the things that you were doing up to the time you got arrested. It was almost damaging. Those walls in front of you, they are almost smashing on your head” Kgosana said. Kgosana now lives in Pretoria, but he still visits Langa when he gets the chance. What he has seen on his recent trips to the township has left him disappointed.

“It is worse now, it is very bad now. I have been there several times; the shack cities are so big now and they keep on catching fire almost every month. Langa grew up to be a very big shack city next to where I used to live [in the flats].

“When I went there, I saw too many people. Some of them were TB cases, people were just lying [down] – you could just see poverty,” Kgosana said. The Langa Memorial Collective was established to commemorate the Langa Massacre and the days that followed. Memorialising South Africa’s struggle history has been difficult, Gunn says, because of the “imbalance in our heritage work” that needs an “overwhelming” amount of work to be corrected. In 2009, the Langa Memorial Collective completed the Langa Memorial in the hub of Langa, near the bus terminus where the massacre took place and a few metres away from the flats. But poverty in the township – such as a lack of access to basic sanitation – has affected the way the Langa Massacre is memorialised.

“There’s been an issue with people urinating on the side of the brick wall inside the actual memorial, because it provides some privacy and there are no facilities,” Gunn said. “It’s not a massive issue, but again, many of the local people go and clean it up.” Graffiti on a wall shows vestiges of PAC support. Many former members of the PAC still live in the area. The party was aggrieved the when government took the decision to rename Sharpeville Day, creating Human Rights Day instead. They feared their history and place in the struggle was being erased. And they weren’t far off the mark. Today the PAC is all but forgotten. The Langa Massacre has become a neglected part of South Africa’s history, but every year in the township on 21 March, an event is held near the monument. This year, Kgosana will be there hoping that even now, generations later, stories of the past are still being told.

“When I got to Langa on 21 March, I will be there remembering the things that we did and hoping that our people will memorialise those things that happened,” Kgosana says.