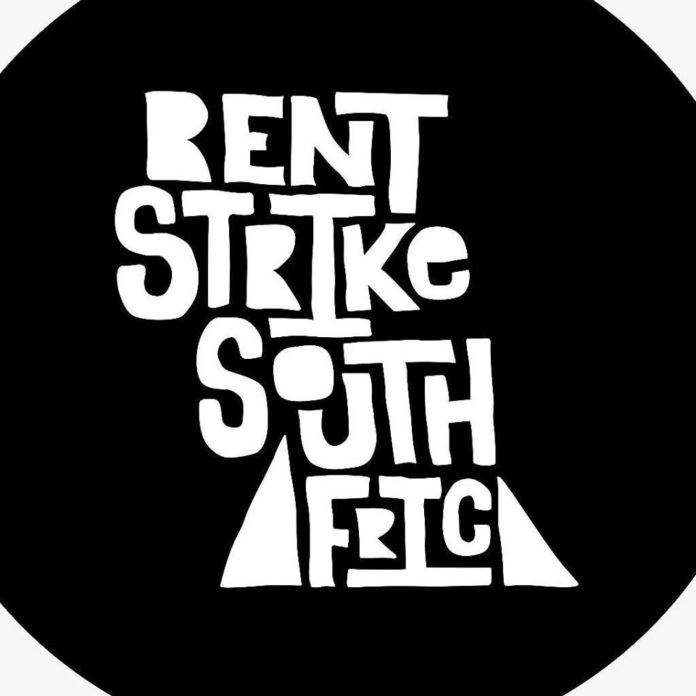 South Africans are organising a rent strike in the wake of the spread of the Covid-19 outbreak.

South Africa is currently in the second phase of the lockdown which could possibly be extended. During this time, only essential service workers are allowed to work. This means that many people are unable to work and may not be getting paid. Additionally, South Africa which has been under massive strain was dealt under blow when another rating agency gave the country junk status. The global economy is also in a recession.

Many jobs are likely to be lost in the aftermath of the pandemic. This is to make life even more difficult for many people. In an email to The Daily Vox, Rent Strike South Africa said: “This rent strike is a collective withholding of rent in order to support vulnerable renters and achieve rent cancellation. A group of activists from established housing organisations and tenants unions are coordinating to establish this as a mass action in response to what will likely be a deep failure of the state to adequately provide for all people’s wellbeing.”

In South Africa, the government all imposed a ban on all evictions. However, the shack dwellers association Abahlali baseMjondolo have raised concerns that the homes of their members continue to be destroyed during the lockdown. The grouping are saying that none should be evicted and none should starve.

In Los Angeles, a landlord trying to prevent a rent strike emailed his tenants collectively. This made it easier for them to organise a strike. Rent Strike 2020 is an activist organisation that has formed in America to promote widespread strikes. Social media platforms like Telegram and TikTok have been used to organise rent strikes that have transcended neighbourhoods.

Rent Strike SA are calling for the rent strike. This is so that when May comes around, people will be able to demand a rent cancellation. In their statement, the grouping said: “If we remain isolated individuals, when COVID-19 is over, they’ll penalise or evict us one by one.” The rent strike aims to create a collective, solidarity movement.

The grouping wants to create a collective action until rent cancellation is granted either by landlords or by the government. “On May 1, if you can, withhold your rent, and prepare to stand in solidarity with all strikers if they try to come for us one by one,” the statement said.

Rent Strike SA told The Daily Vox that they’re calling for a rent moratorium till the end of the lockdown. As for those people with bond payments, they are also calling for a moratorium on bond payments without interest. According to the grouping they’ve managed to reach twenty thousand people with their initial call. They are also working with housing justice groups and tenant unions with preexisting networks and constituencies.

On April 9, president Cyril Ramaphosa announced that the lockdown would be extended until the end of April. However, there is no surety that the lockdown will end then and it is likely there will be another extension. Many people in South Africa haven’t been working without any pay since the middle of March without any pay. Those in the informal sector have been left vulnerable.

“With so many that have become vulnerable during this time, withholding rent can be the difference between survival and starvation,” said Rent Strike SA.

The grouping says there is a need to act with compassion during this time. This can’t happen if landlords decided to evict tenants during the lockdown. Their initiative exists to let those who are in this position know that they are not alone. “The bottom line is that our immediate survival is more important than a landlord being able to pay their bond,” they said.