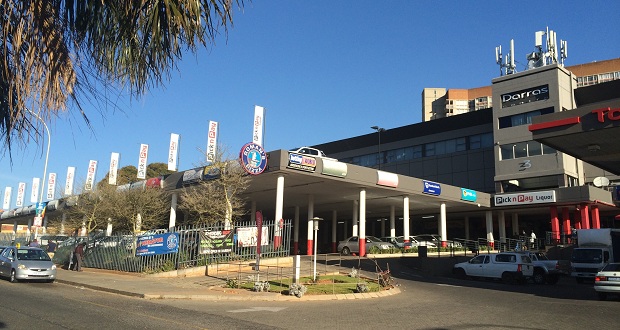 Ward 66, in the east of Jo’burg, comprising Bellevue East, Bezuidenhout (Bez) Valley, Bertrams, Kensington, Troyeville and Observatory is a diverse ward, with an equally diverse set of challenges. With local elections less than a month away, weÂ asked residents about their greatest concerns ahead of the upcoming elections.Â Â

Carlos Da Rocha, DA ward councillor, often has to try and juggle the needs of these vastly different areas. [dropcap]â€œ[/dropcap]My ward starts off with poverty areas and it goes up to welfare areas, so I need to adjust to the residents that I deal with. The things that you have to deal with are unbelievable, youâ€™ve got to deal with poverty at its worst. Then youâ€™ve got to deal with breakdowns in service delivery because everything that goes down and wrong in any ward, the first thing that people do is phone their councillor. Generally residents go to their councillor if they canâ€™t get issues resolved, weâ€™ve got lots of billing problems and youâ€™ve got a lot of service delivery breaks.â€

â€œSome of my people are living in squalor, they move into the house out of desperation, an empty house,â€ said Da Rocha. He believes that the government should be doing more to help residents by fixing up abandoned buildings to provide accommodation to poor residents.

Agnus Scheepers, (55)Â a secretary living in Bez Valley is concerned about the poverty and the crime rate. [dropcap]â€œ[/dropcap]I believe every vote counts and youâ€™ve got to vote for the party that you want to come into power, because if you donâ€™t go and vote you donâ€™t have the right to stand there and complain about how wrong life has gone. There is a lot of poverty, crime changes a little bit from day to day. But crime is also an issue and then Iâ€™ve seen a lot of, for want of a better description, destitute children and that is my greatest concern because they are the seeds of tomorrow – they are the nation for tomorrow.â€

Illegal dumping is another of the residentsâ€™ big concerns. Da Rocha believes that if the City of Johannesburg had successfully implemented its program of having 10 JMPD officers per wardÂ then this would have curbed dumping. â€œIt will stop people from dumping. So basically when you see dirty streets; that is people dumping; itâ€™s not lack of service delivery,â€ he said. Lino Cuambo (20), a finance student at the University of Johannesburg who lives in Bez Valley wasnâ€™t initially motivated to vote but now he wants to. [dropcap]â€œ[/dropcap]Unfortunately I didnâ€™t register but I would have wanted to vote, yes. At the time I wasnâ€™t motivated to vote for any party, I didnâ€™t feel aligned to any party. I didnâ€™t feel like I want to vote for anybody but then after a few weeks, of course after registration, I had spoken to people and found out that there is actually a few parties that I was interested in voting for. If I donâ€™t vote then I donâ€™t have a position to talk because I donâ€™t have an influence. A lot of people that live here live an average life; a lot of people arenâ€™t really secure, they donâ€™t really have a secure sort of income and stuff. So itâ€™s not really poverty but service delivery is a big thing. You canâ€™t blame government alone, as the residents itâ€™s our job to also have an impact.â€

There is still plenty to be done in the area for things to improve, but some residents think that the government hasnâ€™t been doing enough.

Baltazar Ribeiro (27) is a small business owner living in Bez Valley. HeÂ doesn’t plan on votingÂ because the state has not helped him to expunge his criminal record. [dropcap]â€œ[/dropcap]I would like to vote, but then I donâ€™t think I will because of my history. Meaning to say that Iâ€™ve got a criminal record and I tried to expunge it for the past couple of years but it hasnâ€™t worked in my favour. I would like to vote in future, but then the thing is, I donâ€™t feel like my vote would be any benefit to me.

The youth is actually involved in drugs and the drugs also cause crime because if they canâ€™t get their fix, the quickest way to get their fix is to go and rob somebody else. The biggest problem that we are facing in Bezuidenhout Valley, and the rest of South Africa, is drugs. The drug epidemic is worsening our people.

The ANC has been running, nothing has been happening, weâ€™ve been crying and crying and crying but nobody is listening to our tears or seeing our tears, but then I think the Democratic Alliance deserves a chance, just to see what they have to offer and what they can bring to the table.â€