Home Voices Residents in this Soweto home for the aged reckon Zumaâ€™s not all...
WhatsApp
Facebook
Twitter
Email
Print 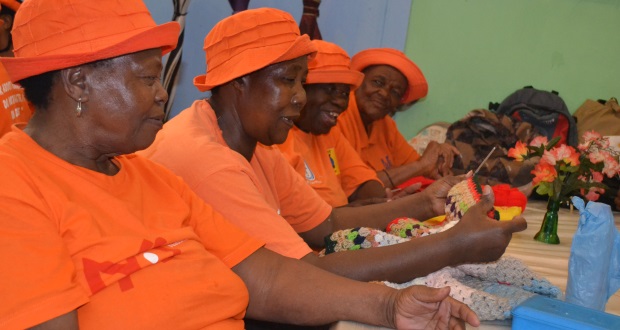 President Jacob Zuma is not exactly winning popularity contests these days. But he insisted this week that he is still well liked. And at one home for the aged in Meadowlands, MBALI ZWANE found that the president might actually be right. Dora Mbongo, 78
I love President Zuma and old people who know politics, will know the role he played. He knows what has to be done. Some things that are happening in our township are not because of government but because young people donâ€™t want to listen to the elderly. Drugs from foreign lands are killing our youth. Young people must listen to the elderly because weâ€™ve lived longer and we know how life goes. I went to go report my child who wanted to sell drugs in my house, the response from the police was helpful, they assisted me to kick him out. Iâ€™m not complaining about my pension because itâ€™s better than nothing, others donâ€™t get anything. If it hadnâ€™t been for the government providing us with these services, we wouldâ€™ve eaten each other alive. Elizabeth Mbuli, 81
What hurts me the most is the manner in which young people talk to older people. Even if an older person is at fault, the young ones should watch their tone and choose their words carefully when reprimanding an elder. Iâ€™m happy about the presidentâ€™s efforts because he is trying. He makes changes and promises better. People are problematic because they always want more. We see his efforts to improve the way we live, and we should know that itâ€™s not possible for him to provide all that we need or want. We get the pension money and it might not be enough, but weâ€™re able to get by. Times would be tough without it. Iâ€™ve seen a difference in governance, because Iâ€™ve lived through the old and new South Africa. Things are much better now. Young people are too free, they use their freedom recklessly. Theyâ€™re showing us things we havenâ€™t seen in our times – particularly bad things – but there are good as well. Weâ€™re hopeful. Zachariah Ncimbi, 87
Iâ€™ve loved Zuma since our days in Sophiatown and the ANC but what heâ€™s done recently by building his house with so much money, didnâ€™t sit well with me. He must pay back the money, even if itâ€™s just half of it. Mbeki did a good job after Mandela. Zuma has also done well since taking over from Mbeki; the only problem is the money he used to build his house. I love the new South Africa. White people harassed and abused us in the old SA, I went to school in Zambia just to come to SA and be ruled by some white people who didnâ€™t go to school at all. Thatâ€™s one of the ways in which they oppressed us. Thereâ€™s been a lot of changes since then and Iâ€™m happy. The government makes it possible for me to give my grandchildren pocket money for school and Iâ€™m able to get my treatment from the clinic at no cost. The nurses are full of it though because some of these nurses are abusive and impatient. The president must investigate them and have informers in the clinic. Maybe in April, the money will increase. Violet Motshegoe, 69
President Jacob Zuma has done his part and he can clear the way for a new person to lead us. Iâ€™m grateful for all heâ€™s done. Weâ€™re proud of SA but more can be done to change the way things are. At the moment, weâ€™re living with foreign nationals, who are treated better than us. They work here and own shops on every corner but weâ€™re harassed when we want to sell outside our yards. The pension we get from the government is not much but weâ€™re able to get through the month. This is the best country, thatâ€™s why other people leave their countries to come here. Our quality of life is much better than what it was years ago. Young people must go to school and learn, because if they donâ€™t, we will be led by people outside our country.