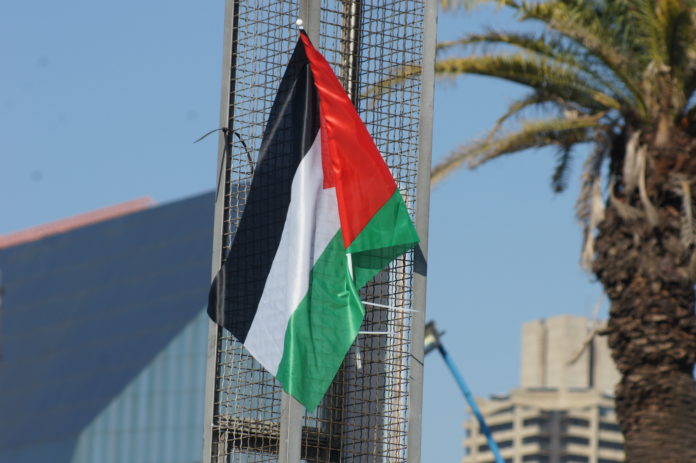 After almost two weeks of bombing, the Israeli government and Hamas agreed to a ceasefire.  This comes after at least 232 people including 65 children were killed in Gaza. At least 90 000 people are also displaced. People across Palestine from Gaza, to Jerusalem and the 48 Occupied Territories celebrated the ceasefire.

Read more: 5 ways to help the people of Palestine

But many Palestinians have cautioned against ending the mass resistance that started in Palestine and around the world against the Zionist Israeli regime. During a “What Does Palestine Mean for Black America? A Conversation in Partnership with the Dream Defenders” panel discussion, Sheikh Jarrah resident and activist, Mohammed El-Kurd, explained why the ceasefire is not the end.

A viewer asked how can people maintain the momentum of the Palestinian liberation right now. There is a dangerous notion out there that an end to the bombing of Gaza will make things quote unquote bearable again, the person said.

I think the question kind of answered itself. There is the dangerous notion that if the bombing stops, the movement stops. But in reality, the mere fact that 2 million people being in an open-air prison where effectively they cannot leave and they don’t have freedom of movement is incredibly unacceptable. It’s violent and in itself warrants riots and burning tires and warrants a revolution and all kinds of resistance. I think people need to set the deadline of their resistance and movement for when Palestine is liberated. We should not take bait from the Israeli Occupation should they give us a ceasefire.

I do think Netanyahu and Israelis at large are thirsty for Palestinian blood so we should continue in this fight despite bombings or no bombings. I’m honestly ashamed that it’s taken carpet bombings for the world to uprise. The very fact that Gaza is under siege and the fact that Palestinians in the West Bank are in an open-air prison behind a wall should warrant in itself a revolution.”

“We went from Occupy to Black Lives Matter to Standing Rock to the Women’s March to Families Belong Together to #MeToo. We’ve seen these movements shift and I think it’s very significant that we’re in a time of mass mobilisation. The lifeline of any movement is in our connections to each other. More important than that is critical connections. The way that we keep these sorts of movements alive is that we break from this notion that we have to move onto the next thing. The larger relationship to our belief system and our fight for justice and the concept of internationalism has to be central to what activism and organising looks like in the 21st century […] I don’t think we must fall into the idea that what is happening in America is the most important thing. We have to be mindful of the framing and that exceptionalism that keeps us stuck in the West. It’s a disservice to our liberation.”