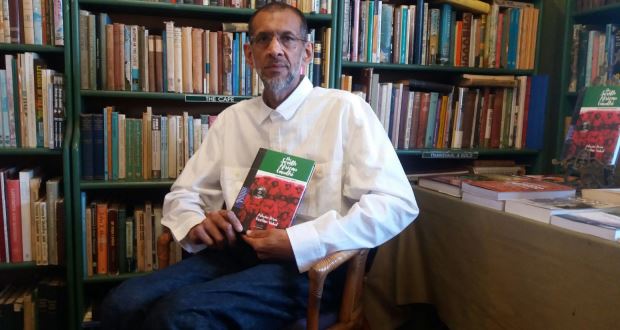 The South African Gandhi: Stretcher-Bearer of Empire, a new book by sociologist Ashwin Desai and historian Goolam Vahed, focuses on Gandhiâ€™s first leadership experiences and the revelation of the man who supported the British Empire. LIZEKA MADUNA spoke to Goolam Vahed about why the pair needed to retell Gandhi’s story.

LM: Tell us briefly about the book.
GV: This book deals with the 21 years that Mohandas Gandhi spent in South Africa between 1893 and 1914. A lot has been written about him, so we also revisited the old materials that were available and looked at his contribution towards the struggle in South Africa.

LM: How did you getÂ toÂ writing the book?
GV: 1913 was an important year in South Africa. Gandhi led a strike by Indian workers, there was a minersâ€™ strike in Johannesburg, and African women opposed carrying a pass. We were interested in trying to unravel this particular year in our history. We worked on it for a very long time. We began to read the original sources -Â Gandhi wrote The Collective Works of Mahatma Gandhi and there is an almost 98-year-old volume of material. We began reading that, so most of what we have in the book is actually based on his writings.

LM: Tell us about the journey of writing this book.
GV: The journey was a very long one. It took us about six to seven years and we were fortunate because we found a publisher from overseas. It was very difficult to get a publisher in this country. We found that there was a high level of professionalism so they picked on every small discrepancy and asked us to recheck the information in the archives or double check other things. Also, with two people co-authoring, it really helps because writing is a very lonely journey. When youâ€™ve got someone to share things with or bounce ideas off, it makes the process easier and a lot more fun.

LM: What surprised you the most in the course of your research?
GV: Gandhi was associated with fighting for the rights of Indians in this country and one of the things I was surprised at was the way his demands were limited. For example, as early as 1903 he had conceded that there was no further Indian entry in the Transvaal except for six people. Even when he went to London in 1909, it was not really to stop the union or to fight for the rights of South Africans, but it was just for very limited demands.

LM: How do you think people will react to the book?
GV: In the book we are critical of Gandhi, so what surprised me is that a lot of people that have not even read our arguments in the book are already upset with us for writing this particular book. I understand that he is an iconic figure, but as historians, when we find information that goes contrary to what people expect us to say, we must say it in a responsible way. So if you read the book itself, I donâ€™t think itâ€™s a hatchet job that we just wrote for the sake of attacking Gandhi.

People have made all kinds of accusations – some say we just wrote the book to make money out of it, but really, we donâ€™t make money in the academic works. Others say that we are just looking for fame at someoneâ€™s expense. Others say we are creating trouble when we should actually be hiding these questions under the carpet. I have been surprised by how angry people are, rather than engaging in a discussion. LM: After doing the research, do you still feel the same about Gandhi?
GV: I think that one has to separate the historical Gandhi from some of the ideas that have been passed on. So things like, him advocating trying to resolve problems through non-violence or working towards sustainable development or opposition towards industrialisation. Those kinds of values are kind of universal and one has to continue admiring these values. At the same time, to see a personâ€™s weaknesses at a certain point in time and looking at their development later, I donâ€™t think that will increase your estimation of the person to see how their ideas evolved in time. Life is a journey and peopleâ€™s identities and views change over time.

LM: What is new in this book, compared toÂ what has been written about Gandhi in the past?
GV: People have mentioned that he was involved in the South African War; some have mentioned briefly that [he] was compromised with the Transvaal government. However, I havenâ€™t read anywhere where the focus is solely based on his attachment to Empire and what it was that he was struggling against. The last book that came out on Gandhi argued that he was South Africaâ€™s first anti-apartheid fighter and that ideas were the first victims of apartheid. That is the kind of history that is dangerous to be written about.Â We tried to showÂ a more balanced view.

The South African Gandhi: Stretcher-Bearer of Empire is published by Stanford University Press and available in print on digital format.

– This interview has been edited for length
– Featured image by Lizeka Maduna, image of Â Gandhi spinning viaÂ Wikimedia Commons