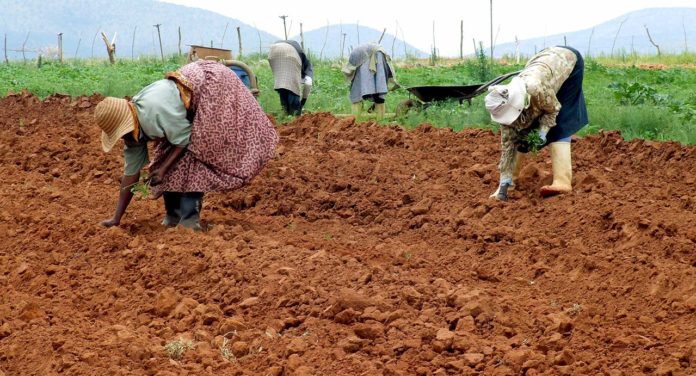 Despite the government’s efforts to address poverty through the provision of state grants, it’s still on the rise. In 2020, it was reported that half of the population was experiencing hardships that have pulled individuals and households into poverty.

Even before the COVID-19 pandemic, the South African economy had been growing very slowly, with high rates of unemployment and increasing food prices. The poverty status of South Africans has been further aggravated by the pandemic, with 1 million people forecast to experience poverty as a result.

Retirees living off less than 16% of their pre-retirement salaries have been among those hit the hardest, despite access to state pensions. The number of retirees at risk of poverty is growing, making them three times more likely to experience poverty than any other age group.

And within the retiree cohort, women suffer the most. Female retirees are additionally disadvantaged because of the economic inequality they experience prior to retirement. For example, women make up the largest group of low-paid employees, they face unequal labour market opportunities and have family care responsibilities.

Poverty is multidimensional and complex. But prior studies advocate that perceptions of marginalisation, social exclusion and experiences of resource deprivation are better understood through looking at women’s circumstances and living conditions. By understanding how women perceive their circumstances, we are better informed about how they navigate, negotiate and manage their lives.

Poverty is generally associated with financial hardship that can be directly measured. But perceptions of poverty are equally important because they help establish what people’s needs are, since perceptions are influenced by needs. My research sought to determine which needs or factors inform perceptions of gendered poverty.

I looked at four categories of factors that predict poverty perceptions. These included:

I used a nationally representative survey that gathers the social attitudes of South Africans. For my research, I limited the sample to retired female South African citizens. This resulted in 325 respondents.

Most of the respondents indicated that they were black females over the age of 60 and were widowed. They also disclosed that their highest level of education was primary schooling.

Of these respondents, 86% said they relied on government pension grants and 76% said that the pension was their main source of income.

Over 60% of the women considered themselves to be poor.

Over 80% of women reported that their household had inadequate healthcare, housing, schooling and food supply.

Another key finding was that income did not entirely account for poverty perceptions. Instead, retired women reported that their perceived financial security and satisfaction with their standard of living influenced whether they consider themselves to be poor or not.

Perhaps the most interesting finding relates to the role of education. Education is commonly attributed as a means of pulling people out of poverty. But my research uncovered that education does not completely mitigate the risk of gendered poverty. This is because education does not completely correct the inequalities experienced over a woman’s life cycle. Despite the presence of education, the cumulative burden of gender, financial inequality and older age interplay to result in the conception of poverty.

What needs to happen

Traditionally, poverty has been viewed from the perspective of monetary deprivation. However, its multidimensional nature means that a broader lens should be applied because those living in poverty can experience multiple disadvantages at a time. Therefore understanding how retirees view their financial security and satisfaction with their living standard provides clearer insights into gendered poverty perceptions.

Of course the financial challenges of retirees are important to consider. But improving access to resources at a household level is an important strategy for overcoming poverty. This is particularly true for female headed households.

Gender bias is still prevalent in many employment policies and practices. As a result, many women are seriously disadvantaged in labour market participation. This ultimately leads to inadequate savings and retirement income insecurity.

A greater involvement of women at a policy-making level is imperative for the social change required for eliminating gendered poverty. The under-representation of women as policymakers delays the development of gender-neutral policies. And as the President put it: