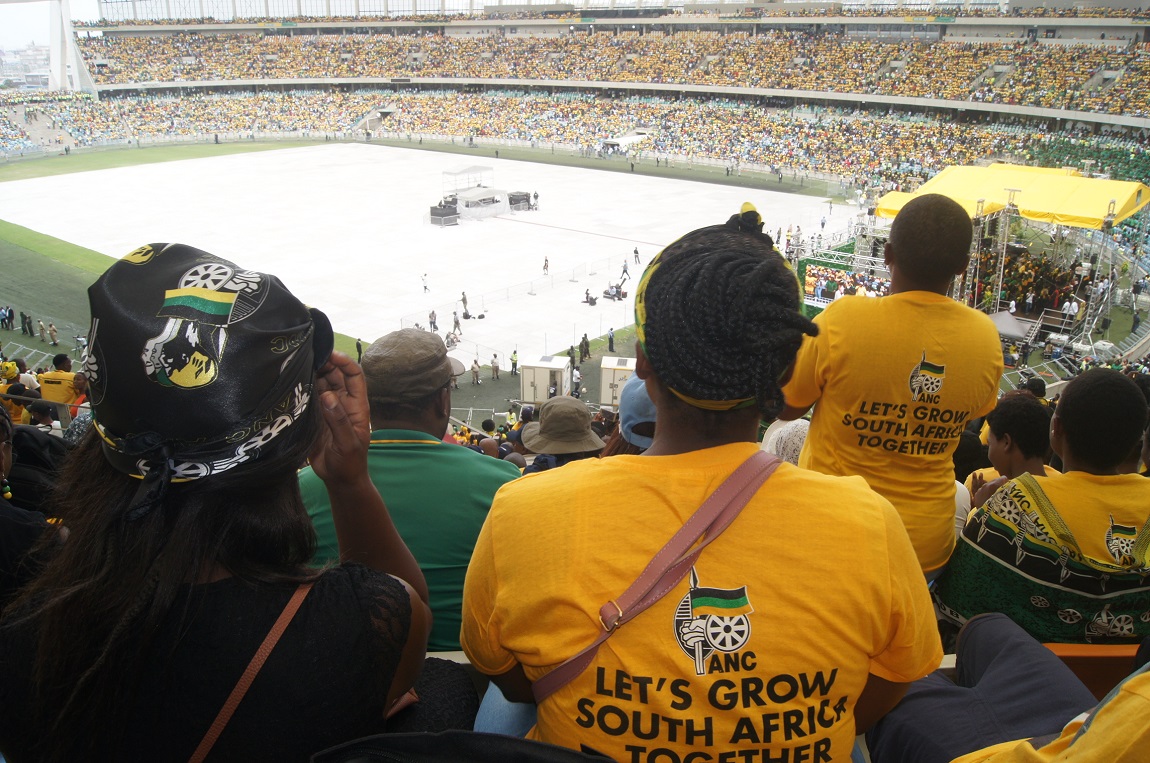 A group lobbying for disbandment of ANCYL says it will give the African National Congress the last chance to sort out their contradictory politics and if all fails they shall meet at the South Gauteng High Court. This, after calls for disbandment of the ANCYL structures fell on dead ears.

The ‘Revive ANCYL’ group says it has noted with shock and disappointment the African National Congress’ move to appoint a task team aimed at taking charge of the organization’s affairs pending the disbandment.

According to the group’s Ntuthuko Makhombothi the decision by the ANC NEC was not communicated to them, and says it doesn’t make sense to have senior members representing the youth.

“The decision they took to establish the task team was not communicated to us but it’s something we read about in the media. It doesn’t make sense to have old members of the ANC representing young people as it wouldn’t make sense to have the likes of Malusi gigaba, Zizi Kodwa and Fikile Mbalula presenting women’s league as the task team just because women will fight each other for positions if they are elected,” he said.

In the group’s campaign for disbandment of the former leadership they were resolute that their concerns arose from multiple facts, including that of the age cut-off and the executive having overstayed its term of office.

However, after the ANC NEC meeting held in July in Durban the organisation announced its decision on appointment of a task team that would look into the ANCYL’s affairs in the meantime. After disbanding the executive two weeks back, the ANC NEC appointed a national task team made up of some former ANCYL presidents and senior members: Zizi Kodwa, Fikile Mbalula and Malusi Gigaba alongside Pule Mabe, Dakota Legoete, Faith Muthambi, Ronald Lamola and David Masondo; a move which has left the group bewildered.

“It doesn’t make sense that they had to appoint elders as task team who will talk on behalf of the youth on the basis that if they put young people they will tear each other apart. This is a similar situation to that of the north west with Supra Mahumapelo,” Makhombothi said.

Unemployment which is one of the ongoing issues the group says it can’t allow the senior members to continue speaking on behalf of the youth in such matters.

On the way forward Makhombothi said it was time they explore other options. According to him the concerned members of the ANCYL had done all they could to engage the ANC mother body internally and had exhausted all the options possible and would now seek court intervention.

“We will give ANC the last chance to respond to us but if all fails we shall meet them at the South Gauteng High Court and have the court intervene by highlighting the constitution to them,” he said.