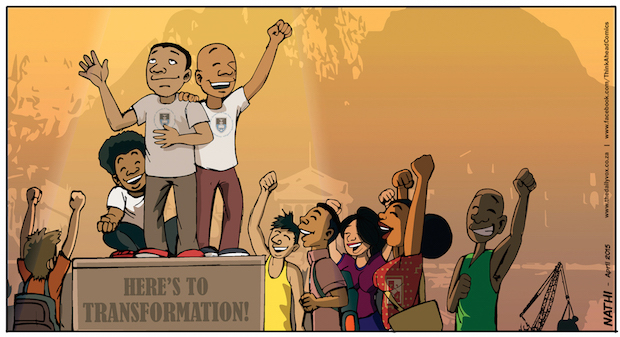 Students at the University of Cape Town (UCT) involved in the Rhodes Must Fall (RMF) movement celebrated after the statue of the colonialist Cecil John Rhodes was removed from its plinth on campus on Thursday night.Â But by Friday questions were being asked about where the movement was headed.

UCT management issued a notice asking the students to leave the university’s administration building, which has been occupied by the movement over the past few weeks, and said that the university would take students who ignored the decision to court.

It’s unclear yet what the RMF leadership plans to do, but initial discussion seems to indicate that they plan to stay until all their demands are met. Meanwhile, its rumoured that students who chanted â€œOne settler, one bulletâ€ at the statueâ€™s removal could be taken to the South African Human Rights Commission on charges of hate speech.

The battle for transformation at UCT has barely begun and already the cracks are starting to show.