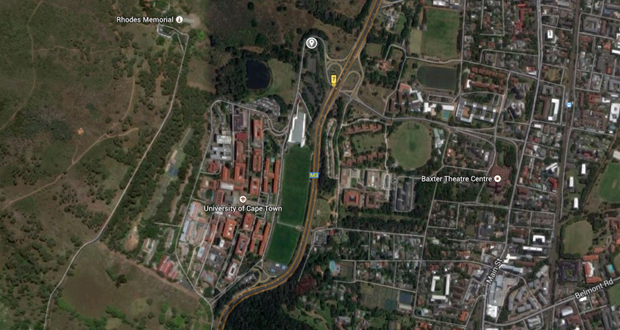 Over the couple of last weeks, calls for the removal of aÂ statue of Cecil John Rhodes at the University of Cape Town (UCT) have led to debates about transformation, and accusations of institutional racism at the university. In attempts to mend the relationship between students and management, the university organised a dialogue about heritage, symbolism, and signage last week. However, the students staged aÂ walk-out. As the campaign gained momentum, Rhodes University students stood in solidarity with UCT students and held protests of their own.

But whatâ€™s the issue with the Rhodes statue?

UCT is built upon land donated by Rhodes, and the university pays tribute to him through a statue that is situated at the bottom of the iconic Jameson steps. This statue has become an integral part of the imagery of the university. However, students who are for the removal of the Rhodes statue say it serves as a reminder of the colonialist atrocities he committed. UCT is a walking distance from the Rhodes Memorial â€“ yet another edifice that honours Rhodes â€“ which is one of the cityâ€™s tourist attractions. The statue sits above the rugby fields, on the universityâ€™s main road between the upper and lower campuses. The statue overlooks the Southern Suburbs and the Cape Flats and, from the way it is situated, it appears as though Rhodes is lording it over Cape Town, surveying his domain, if you will. There are certainly some power issues in play in the placement of the statue. Not only does UCT give the Rhodes statue pride of place on campus, one of the streets on campus is also named after him. Rhodes Drive is just after the rugby fields.Â There is also a residenceÂ named after Jan Smuts, not to mention Jameson Hall, named for Leander Starr Jameson, another colonialistÂ with a dodgy history.

The question some are asking now is, where do we stop â€“ or start â€“ when it comes to removing or displacing colonialist legacies? – All images: Via Google Earth.