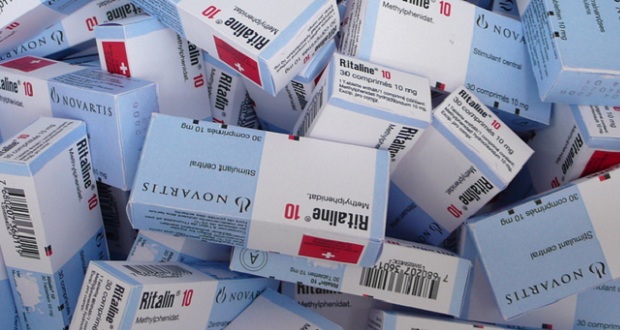 The South African National Council on Alcoholism and Drug Dependence (SANCA) has issued a strong warning to students using performance-enhancing drugs. There seems to be a growing trend of students relying on pharmaceutical products like Ritalin and Concerta to help see them through tough examination periods. GOOLAM SAYNEDS and MISHKA WAZARÂ interviewed some students (who’d prefer to stay anonymous) who have interacted with the use and trade of the amphetamines.

*Eugene Fredericks, 26, engineering student, Johannesburg
Depending on how bad you want it, you can get. And since this is schedule 6 [medication] – itâ€™s very regulated. So people understand the way the black market works. Depending on how itâ€™s being paid for affects the price. For me its medical aid, so if I want an extra R500 for the month, I sell half my pills, because I donâ€™t like taking them the whole time and Iâ€™m on a prescription.

Taking Ritalin, itâ€™s always been happening. Methylphenidate [Ritalin or Concerta] is known as â€œbaby cocaineâ€. But now thereâ€™s this huge culture thatâ€™s almost penetrated Â into the education system. People are studying for their degrees, and then they pick up this culture or working for like three days straight, maybe sleeping for like five hours in total. They just work work work. Theyâ€™re learning that here, and then they go and do it in the corporate world.

Taking Ritalin make you feel like you withdraw inward, itâ€™s a very weird rush because itâ€™s a methamphetamine but I think it is different for everyone. But it works. It definitely works and the thing is, you need it more and more.

When someone hears youâ€™re on Concerta you donâ€™t get too surprised, [but] youâ€™ll be surprised who asks for it. But then the ones who donâ€™t use it, they only come the day before an exam or two days before. Theyâ€™ll adopt it into their usual study method or routine, which is actually the best thing to do, whereas some people use it to cram, so they go three days they havenâ€™t slept and popped pill after pill. Yeah, thatâ€™s a problem.

There is that whole thing that if you use it now, how are going to change in ten years when youâ€™re an engineer and got to build a bridge? How are you going to do that if at university, it was easier and you couldnâ€™t? So obviously I think it develops very bad habits, but I wouldnâ€™t have a fear of people being addicted to the actual Ritalin or Concerta. But I do have a feeling, that feeling of being wired, there is an â€œI want to feel it againâ€ thing, so it may not be that theyâ€™re addicted to the Ritalin or will directly come back for it, but theyâ€™re a little bit primed for something else. I think all it is is a gateway to other pharmaceuticals.

If I stared selling Concerta and Ritalin would that make me a drug dealer?

Sinead Francis*, 21, BA student, Grahamstown
Have people tried to sell me Ritalin at Rhodes? Yes! Iâ€™ve sold it for people too. In my case, taking it made me super talkative, but if you crush and sniff it, it feels a lot like cocaine. People take Ritalin for a jol and to concentrate. Sometimes both, because you get high and party then you can concentrate afterwards. I think that many people have undiagnosed or self-diagnosed ADHD who think that Ritalin will solve it. And itâ€™s one of the cheaper drugs to buy as well.

*Vrikkie Nkosi, 24, quantity surveying student, Johannesburg
So Iâ€™ve taken Ritalin on about five different occasions, but on those occasions I took it consecutively for about three to four days. Obviously, like any medication, it will have side effects so I did feel a bit messed up. I felt mentally fatigued, my body felt like it was on a “come down”. All of a sudden I had all the energy and focus, the next minute Iâ€™m just brain dead. It also tends to suppress your appetite so that messed with me as well. And also, because youâ€™re rushing, it also affects your sleeping patterns and that has run-on effects as well. But apart from that, I never had anything REALLY severe like mental retardation or anything like that. It worked for me.

Itâ€™s not what people think, like you feel high or anything like that. It basically just clears your mind and allows you to focus for a prolonged period of time, and allows you to have a very constructive study session. So I used it when I had a lot of work to do within very little time, so itâ€™s not like something I can getÂ addicted to or something like that. Itâ€™s even something I would do for fun itâ€™s really not that nice. And when I have used it, it has helped me pass.

I managed to get a fake prescription, this is South Africa after all. And I guess the medical field doesnâ€™t have such heavy limitations and itâ€™s not really monitored that well. So it was very easy to get a fake prescription. There was this guy selling it on Wits campus, he just saw a gap in the market and had access to it. So when itâ€™s not easy to get a script you can charge a very high price for it.

Look, itâ€™s natural human behaviour: when confronted with a deadline-based situation, find means of making it through, and maybe we canâ€™t see it like such a bad thing that â€œstudents are abusing Ritalinâ€, but they feed this stuff to kids [and] kids donâ€™t even have a choice in that matter.

*Yumna Khan, 18, BA student, Grahamstown
People have tried to sell me Ritalin before on campus. Often, random people will come up to me and ask if I want some; I donâ€™t think you really need to go looking because dealers will find you. The students with prescriptions sell pills to the rest of us. I donâ€™t have ADHD but I have bought pills before to keep me awake and help me finish my essays. Dealers sell two pills; Concerta and Ritalin. Ritalin costs about R40 and gives you a few hours of intense concentration but Concerta is cheaper and lasts the whole day. Itâ€™s also easier to come by. I think that students will abuse the drug and get addicted if they take it when they donâ€™t need it.

*Yaku Zwane, 23, Bcomm student, Johannesburg
Basically my experience with Ritalin… it definitely does work, although it does have some side effects to people who donâ€™t use it regularly. For example, I got a full body rash but it did work. It is easy to get without a prescription, this is South Africa that we’re living in, we can get anything that we want.

There is definitely a market for it – girls and boys, all types of students, even the “goody two shoes”. Itâ€™s not just the naughty kids that are using it, itâ€™s everyone. Mainly guys that are prescribed the drug get it in bulk quantities. there are people pulling scripts and forging them, although they are ADHD.

There are a lot of people that use it only at exam times, and I think the black market trade of the drug increases particularly at exam time. People with a lot of work to cover with little time use it as a stimulant, it keeps you awake. A girl that did her undergrad at UCT asked me where she can get, so itâ€™s not just Wits. At the time, the price was R20 a pill, or R200 for a card.

Jason Davids*, 20, MA, Grahamstown
Iâ€™ve bought Ritalin before; people tend to sell it as a party drug but Iâ€™ve found it outside the library too during exam times. People donâ€™t only use during exams but usage spikes. People use it for concentration reasons to get work done. Iâ€™ve heard conflicting reports about whether or not people should take the pills if they donâ€™t need them, like if they donâ€™t have ADHD. Iâ€™ve tried it before a few times but I donâ€™t really like Ritalin. It can be quite expensive but because the students who sell them often get them free on medical aid they can undercut the prices. Generally, it makes you feel sharper and more active, but you can become irritable and not be able to sleep.