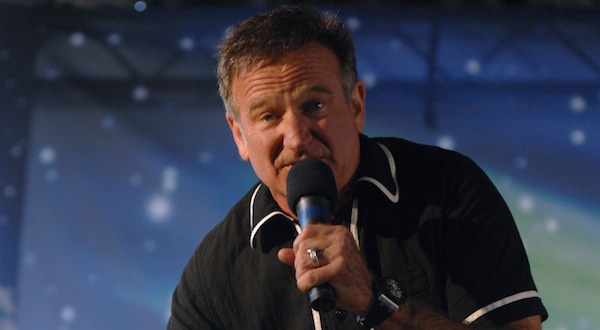 I woke up this morning to the news that actor and comedian Robin Williams had committed suicide at the age of 63 and it broke my heart. Today we lost one of the great comic actors of our generation to depression.

When I later discovered that Williams had struggled with drugs, alcohol and depression his whole life, I found a new respect for the actor. I had began my own battle with depression and anxiety, two frequently misunderstood conditions that no one ever asks for, in my teens.

The South African Depression and Anxiety Group (Sadag) says that as many as one in six South Africans suffer from anxiety, depression or substance abuse problems, a rate which increases as you move down the socio-economic scale, so my experience is far from unique.

With mental disorders one quickly learns coping mechanisms and I turned to series and movies as a way to escape the hurt and pain of everyday life. More often than not it was Williams who I turned to.

I also learnt that making others feel happiness and joy was an unbelievably good coping mechanism. In my own struggle, Iâ€™ve found that making people smile helps ease the pain that I feel, and I think Williams knew this better than most people.

Despite his inner battles , Williams brought light and smiles to his family, friends and audiences. His work is his legacy.

Sadag describes the symptoms of depression as including â€œa continuous sense of sadness, a lack of interest in everyday tasks and activities, a lack of energy and concentration and wanting to sleep all the time, feelings of inadequacy or inexplicable guilt, a change in eating habits, and sometimes, recurring thoughts of suicideâ€.Â If you think you may suffer from depression, you can reach the South African Depression and Anxiety group atÂ www.sadag.org. CallÂ the Suicide Crisis Line on 0800 567 567 or SMS 31393. Dean Horwitz is studying towards aÂ Â Masters inÂ political communication at the University of Cape Town. He is a marketing intern for the university and a researcher for the Democracy in Africa research unit. His interestsÂ include politics, media, communications, marketing and social media.Â Follow him on Twitter.