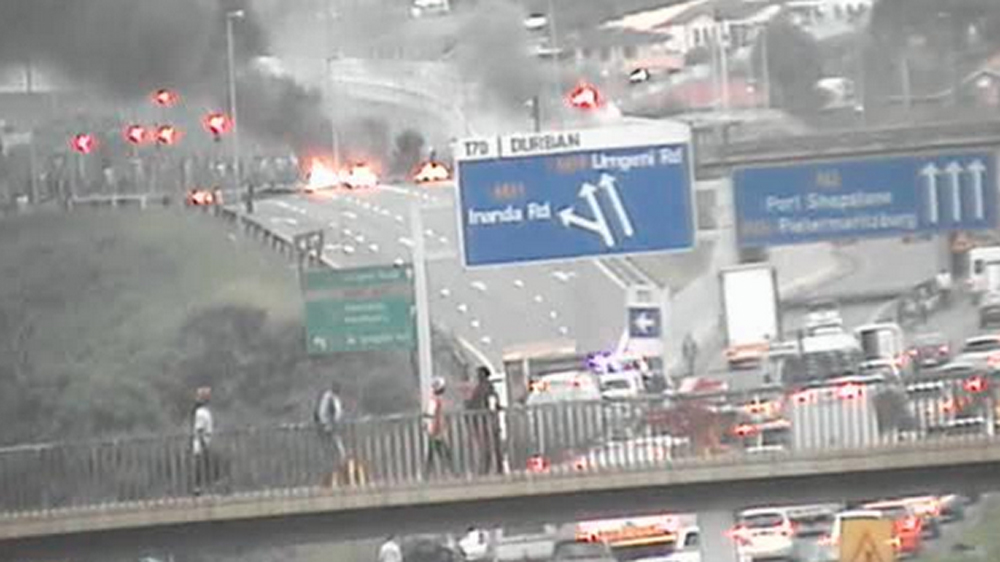 Durban woke up to the sound of protest this morning. Well, not all of it, but at least one part of Durban was blocked off this morning when protesters took to a main road, burning tyres, throwing stones and causing mayhem on the highway. While the debris is now cleared, the protestersâ€™ demands for housing appear to have also been swept away.

One resident,Â Tasneem Amod, 30, told The Daily Vox that the demonstrations started as early as 3.45am.

â€œRocks were thrown on road and at building. Tyres are burning all over Inanda road and Sea Cow Lake,â€ Amod said.Â â€œWhen they saw us at window. They threw Â rocks at us also.â€

According to Amod, the protesters were residents of the local informal settlement and the demonstrations who demand access to housing.Â  According to East Coast Radio, police spokesperson Thulani Zane said that no arrests had been made at this stage and a case of public violence had not been opened.

â€œWe are appealing to the members of the community that if they are not satisfied with anything they must look at other avenues where they can solve their problems in a peaceful manner,â€ he said. Â

Were you there? Send us your photos or tell us what happened.