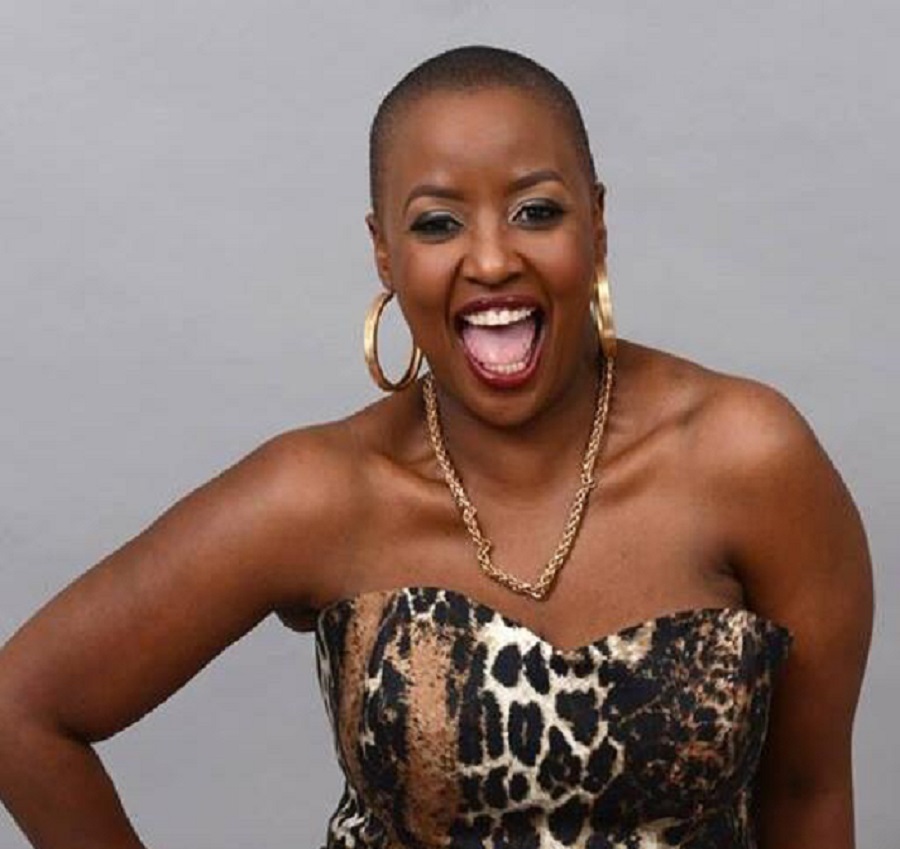 A black girl’s struggle to find her African self is the tagline of Rosie Motene’s autobiography. In her book, the presenter, actor and businesswoman paints a startling picture of living as a black girl with a white family during apartheid era. The Daily Vox team spoke to Motene about her book and what it meant to write her truth.

To start off, tell me a bit about yourself?

I was living in Uganda in 2016 and then came back. Prior to that I started my talent agency Waka Talent where I represent talent from across Africa. So that’s what I have been focusing on since I came back. Since the book is out, my focus is the agency and pushing the book and doing speaking opportunities and spreading the word of the book. On my activism side now what I’ve dedicated my focus on is sexual harassment that is happening within the television and film industry and assisting survivors. Assisting through getting them to professionals in term of counsellors where they can heal. A lot of the accusations which have come out against producers and people in the industry have been going around for a decade. So it’s nothing new but I think we are at the point where women have had enough and we realise our power in our voice and telling the truth about what has happened to us. Myself and a couple other activists are just trying to create a space where women can feel safe and can get that healing.

Why did you write the book?

The writing started when I was in therapy and that’s why it took over ten years. Halfway through sharing my stories, I realised my stories resonated with a lot of people and then I realised that my story could be put into a book. That’s when I started to formalise it and put it into writing and that’s when I approached various publishers. And finally a publisher came on board. When I realised I needed to change the direction of the book was when I interviewed Zoleka Mandela on her book. I was intrigued by the honesty within her book because she comes from such a prominent family and she was so honest about drugs and sex. I said to her how did you get to that point where you felt comfortable talking about it. She said if you are going to tell your story Rosie you need to be 100% honest. I decided that when the book is going to go out I was going to be honest about where I’ve been and what I’ve done.

The title is very powerful. How did you choose it?

In 2012, when I made the brave decision to move back to Phokeng to live with my biological parents. Granted I had known them but I have never lived under their roof since they were retired. I’m ashamed to say so but I had always put them on the backburner. I had this revelation that both my parents were alive but I didn’t really know them and they didn’t know me. So the decision to move Phokeng and to live under my parent’s roof and to live in a village with a cultural, language and religious change. I needed to find myself and reclaim who I am and hence the title Reclaiming the Soil because it was literally going back to the drawing board and grabbing as much of the soil as I can. And when I say the soil it’s my heritage, my tradition, my language as much as I can because at the end of the day that’s what defines me.

What has writing the book taught you about yourself?

Firstly, that my mother is resilient and the power that lies within that I didn’t see for so long. The other important message is the importance of having these discussions with your parents or parents having those discussions with their kids about identity, about religion and about tradition. Those are incredibly important. Also to be able to forgive yourself. After I wrote the book I looked back and thought a lot has happened and there has been a lot of lessons I’ve learnt. At the end of the day we forget to pat ourselves on the back and forgive ourselves. There are a lot of other underlying messages but those are the ones that stand out.

What do you want people to take from the book?

We all go through pain but a lot of the time because of society and patriarchy, traditional and culture, we’ve been told to own that pain and that pain has been bestowed on us because of ourselves. The message to people is we need the change when it comes to things like abuse. We need to understand the power of our voice and finding power in your vulnerability. Go through that process but then you’ll find that power to rise about that. That is the most prominent message I wanted people to get. Love and know your heritage because with apartheid I was thought that black was wrong. I had to unlearn those sentiments and comments and things that were attached to that. The power of language is incredibly important.

What was the hardest thing to write about?

I think the one was about my abortion because it was realising that I hadn’t healed from that pain. It was a decision that was made for me because it was for the better of myself. When people make that decision it is their right. But you do need to heal and you do need to mourn. That was difficult to write. The other incidents would be when I realised how horrible I was to my mother when I didn’t invite her to my graduation. Also when I was a little kid and said mom come wipe my bottom and when my biological mom came I said not you, my real mom meaning my foster mom. Those parts were very difficult.

Has writing the book helped in your own healing process?

Absolutely! For example when we go back to the abortion story, after I wrote that I stopped writing for awhile because I needed to heal and cry and go back the core. Some areas I haven’t healed and that will still take time. In order to get closure [from my foster family] I feared those people and now I don’t fear them anymore. So that has brought closure. Talking about my father and my sister. Our relationship isn’t where I would like it to be but it is 45% better than where it was five years. A lot of my healing, some of it is just lying there and I am working through it and it has been cathartic process for me.

Where does your book fit in with the political landscape today?

I am dealing with the fact that I was robbed of my tradition and culture. I am honest with the fact that I went through a major identity crisis. I am honest where I speak about where I dabbled with drugs and alcohol so that is message to parents and children if you don’t deal with it and understand the healing process, this is a possibility. It also the importance of my religion and my relationship with God is that if you don’t have a fundamental base they will just be wandering through life like I was. Facing race on and dealing with is incredibly important. For a long time when people said racist things to me I would internalise it yet now we are now at the point where if we speak about it, how will the next people know. You can’t allow people to undermine you because of the colour of your skin or where you live or where you come from. That’s the power of knowing where you come from. Growing up when I was naughty I was told I would be sent back to Phokeng. Now Phokeng is my place of safety. Now I understand the power and beauty of that soil.