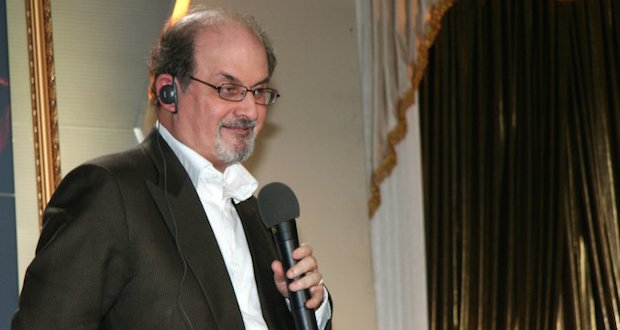 On Tuesday, the Media Review Network (MRN), a South African-based media watchdog focusing on Muslim issues came up with a really silly post about the media portrayal of the assault of Durban author ZP Dala last week. THE DAILY VOX TEAM assesses the MRNâ€™s claims â€“ and finds them wanting.

Dala was driving to the beautician when three men attacked her. They held a knife to her neck, smashed her face with a brick and reportedly called her â€œRushdieâ€™s Bitchâ€ because of her positive remarks about Salman Rushdie, the controversial author of The Satanic Verses.

In the lengthy post, posted on the organisationâ€™s website (and then tweeted out to every journalist on the planet) author Aayesha J Soni accuses the media of â€œpoor journalismâ€.

â€œDespite no evidence confirming that this was indeed a Muslim person acting on behalf of Islam, the entire tone of the news story feeds into the mainstream media trend of recent Islamophobia,â€ Soni writes.

The inaccurate claims in the article are so plentiful, itâ€™s hard to pick out the good bits amid the carnage.

But the MRN, as a body purportedly looking at how Muslims are represented in the media, has a duty to do its job properly, else it becomes a silly flag-bearer of a self-fulfilling prophesy. And this article is certainly counter-productive.

1. â€œThe alleged victim affirms that she never saw the person who attacked her, nor have any witnesses come forward at this stageâ€

Fact: The author saw the perpetrators. She told the Daily Vox: â€œThey were between 30 and 40 years old. They were Indian. One had a short beard. They were not dressed in any particular religious garb. I think theyÂ were Muslim but, of course, I canâ€™t be sure.â€

On the face of it, itâ€™s surely fair to say that they probably were Muslim. And it’s okay if they were Muslim, is it not? Muslims are human too. They make mistakes. Isnâ€™t that the entire point of asking for equal treatment or do we want to rule out that they were Muslim unless there were (four) witnesses to the assault?

2. â€œStereotyping of acts of terrorism have become synonymous with people acting violently on behalf of Islam, to the point of acceptance that when articles like these are published we donâ€™t even criticallyÂ analyse the logical sequence of events.â€

Fact: ZP Dala went to lengths to explain that this attack wasnâ€™t a reflection on the South African Muslim community but the work of individuals (who may or may not have been Muslim). If certain media decided to be bigoted Rottweilers as a result, it certainly wasnâ€™t instigated by her.

3. â€œI have read that Dala praised Rushdieâ€™s literary style, together with other authors such as Arundhati Roy. Anybody who has insight into the literary world would probably join me in finding it astonishing toÂ compare Rushdie to an acclaimed writer such as Roy.â€

Fact: Dala said she admired Royâ€™s and Rushdieâ€™s styles of writing; she didnâ€™t say she found them comparable. How to explain this? Maybe with the simple truth: Rushdieâ€™s Midnightâ€™s Children won the Booker Prize, and then Booker of Bookers, right? Whatever may be said of The Satanic Verses, the fact is Rushdie is one of the most acclaimed authors of this century. So we think Soni might be alone in rubbishing the literary value of his work.

4. â€œThe reporter chooses to highlight only The Satanic Verses, which is seen by Muslims as an attack on Islam.â€

Fact: The author raised the point that she was smacked in the face and called â€œRushdieâ€™s Bitchâ€, a day after she was in a venue where people got up and left because she mentioned Rushdie. If she was beaten up by three men, who appeared to her to be Muslim and used Rushdieâ€™s name during the incident, we can all safely assume that the attack was likely to be related to The Satanic Verses. Surely, you donâ€™t think they unleashed their Fury on Dala because of a passage from Shalimar the Clown? Soniâ€™s piece puts her in the extraordinary position of doubting the attack ever occurred, while appearing to justify the attack at the same time.

5. â€œThe reporting also follows the trend of freedom of speech and expression as a principle which we see increasingly applied to only certain groups of our society. Every day of the week something is being censored in Western media. Programmes are denied funding for fear of offending advertisers, subscribers, mainstream patriots or mainstream religious zealots. Reputable publishers turn down manuscripts, edit out ideas, or surgically remove chapters likely to offend powerful groups in the nation.â€

Fact: Soni is right. This happens every day. Every second. But not only in the Western Media. Also, donâ€™t ruleÂ out the fact, that sometimes, just sometimes, material is â€œcensoredâ€ because itâ€™s shit. And thatâ€™s okay.

But a crucial point she seems to miss is: here was a Durban author who was beaten to pulp because of her opinion. This is not speculation. Does her pain and experience not count? Or do we focus only opinions that Soni and friends are comfortable with? It seems everyone is guilty here â€“ except for the attackers, of course.