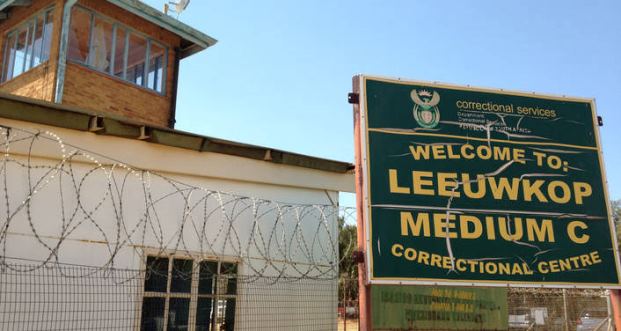 I spent three months in the United States, earlier this year, on a Sylvester Stein reporting fellowship. I wanted to find out what the similarities and differences were between the criminal justice systems in the US and South Africa, in terms of race and class. Looking back, the prison rodeo at the infamous Angola prison in Louisiana, was one of the most alienating and bizarre experiences of my entire trip.

Angola Prison, formally known as the Louisiana State Penitentiary, is built on 18, 000 acres of land in a river basin nestled between the Mississippi River and Lake Killarney. It would be beautiful if I hadnâ€™t seen the disturbing pictures of African American prisoners picking cotton while a big white guy on a horse oversees their work.

Angola Prison takes its name from the Angolan slaves who picked cotton on the slave plantation that used to thrive on these very grounds.

The biannual prison rodeo at Angola Prison attracts thousands of visitors every year, most of whom are unaware of the history of the prison. Food stands offer Southern delicacies, from Cajun dishes and sweet ice tea to “tornado potatoes” and fried pickles.

The rodeo starts when The Star-Spangled Banner plays. Bucking bulls and kicking horses have inmates in striped black-and-white uniforms flying through the air. Despite their body armour and helmets, the prisoners resemble rag dolls, as they crash to the ground or are trampled on. I gasp as the audience cheers. In one of the many game variations, called “convict poker”, four men sit around a table and the last one to get up and run away from the bull wins. One inmate limps away after a bull flings him to the ground. Another game is to have prisoners stand inside a hula hoop and wait for the bull to attack them; the last man standing wins. The crowd cheers and laughs at the rodeo clowns running around, agitating the bulls.

â€œThe rodeo is degrading and inhuman,â€ says Robert Hillary King, who is one of the Angola 3, a trio of men who were at the ugly coalface of the American criminal justice system for decades. Herman Wallace, Albert Woodfox and King were locked up in solitary confinement in Angola for 29, 41 and 43 years, respectively.

Gregory Bright, who spent 27 years in Angola for a crime he did not commit, agrees. â€œThere were always guys who came back injured from the rodeo,â€ he says. â€œOne guy had severe kidney problems after he was attacked by one of the bulls. He later died from complications. No one talks about that.â€

Both King and Bright cite boredom and desperation as a reason for the incarcerated men to elect to partake in the rodeo. â€œI heard about the rodeo,â€ a young man from upstate Louisiana tells me, â€œand I always wanted to go. It wasnâ€™t as good as a real rodeo, because the prisoners canâ€™t stay on the bull as long.â€

A couple, both lecturers at a criminal justice college in Texas, tell me they really enjoyed the rodeo, which would be impossible in Texas. When I ask them why, the man shrugs and says: â€œHealth and safety.â€

To me, Angola Prison symbolises, unapologetically, the intentional cruelty of the American criminal justice system. That is not just because prisoners are made to pick cotton, itself a stark reminder that the US has not gone through any truth or reconciliation process, and is in denial about its slavery past. It is also because Angola is inextricably linked to death, either because prisoners are sentenced to death or to life without parole, which means you will die in prison. The prison rodeo, a spectacle that is a perverse mix between a gladiator fight and a rerun of the Hunger Games, epitomises this cruelty.

In South Africa, the plethora of flaws afflicting the criminal justice system seems, by comparison, less intentionally cruel. Rather, the injustices are fuelled by indifference, of the politicians and their electorate, of the media, academia and everyone else. No one really gives a toss about these kinds of miscarriages of justice.

Iâ€™m reminded of Angola Prison when I visit Thuba Sithole in Leeuwkop Prison, which was also built on the grounds of a farm. It was Heritage Day in South Africa and for the inmates at Medium A, this means it is the annual family day.

I hear a band playing as I walk up to the field next to the prison, where gazebos are erected and braai stands fired up. Men in bright orange prison uniforms walk around, some looking for their loved ones, others cradling their children in their arms, still others hugging their girlfriends, grandmothers and brothers.

Thuba breaks out into a wide smile when I hand him the isiZulu-English dictionary. We sit in camping chairs in the blazing sun and chat. For a second, it feels like we are at a festival, waiting for the headline act to start playing. The recently-deceased Kwaito musician Mandoza blares out of big speaker boxes and a crowd gathers. As Thuba and I move closer to the thick throng of people who have gathered, we see inmates and visitors dancing together. A bearded guy raps into a microphone and he cheers on the dancers. Some of them have seriously wicked moves.

The festival-like atmosphere on the prison lawn reminds me briefly of Angola Prison. Here, like in Louisiana, I see men holding their broken families together for just one day a year. At Leeuwkop and in Angola Prison, the wrongfully convicted live side by side with men who have made serious mistakes in their lives. But at least no one is charged an entrance fee at Leeuwkop Prison. And at least prisoners are not being trampled on for the entertainment of the masses. At least, no one in Leeuwkop Prison is sentenced to death, or sentenced to die in prison. At least.

Ruth Hopkins of the Wits Justice Project was awarded the Sylvester Stein Fellowship and used it to conduct research in the United States and to compare criminal justice issues in South Africa and the US, analysingÂ how race, demographics and the unequal distribution of wealth affectsÂ the systems in both nations. This is the third instalment of a six-part blog series for the Daily Vox.