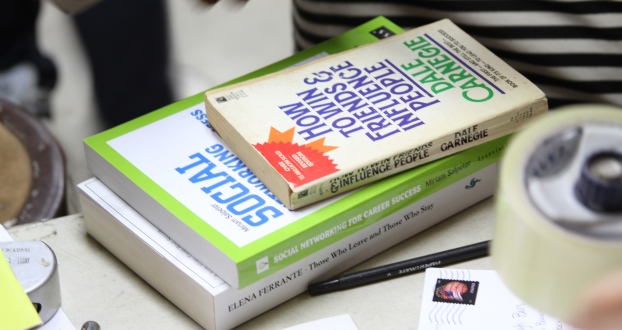 My friend and New York attorney Beena Ahmad â€“ who worked for nearly a year with the Wits Justice Project â€“ had a quirky habit. In her neighbourhood in Brooklyn, with great enthusiasm, she picked up books that people left out on the street. Sometimes I would share her joy, like when she picked up a battered copy of Long Walk to Freedom, placed on a garden wall. Other finds, like Form Your Own Limited Liability Company, for example, didnâ€™t seem quite as riveting.

But when I entered the basement of the bookstore Free Bird, where Books Through Bars New YorkÂ hosts one of their weekly book-packing volunteer groups, I got it. About ten people were there, seated around a table or browsing the crammed shelves. Incarcerated people write to the organisation, which sends free, donated books to incarcerated people across the US who request books they want to read. The volunteers read their letters and go through the book collection to see if they can find any matches and then mail the books to the inmates.

Annie Soga, a 26-year-old volunteer who describes herself as a â€œlibrary school dropoutâ€, and her boyfriend Tim Nicholas are regular volunteers for Books Through Bars. â€œDictionaries are most popular,â€ she says. According to BeginToRead.com, â€œmore than 60% of all prison inmates are functionally illiterate.â€ If prisoners learn to read and write, their chances of ending up back in prison drastically drop, and it also allows them to understand their rights.

Gregory Bright, who I interviewed in New Orleans, knows this. Bright went from being illiterateÂ to representing himself before the Louisiana Supreme Court. Eventually, with the help of legal aid organisation the Innocence Project New Orleans, he was exonerated of a murder he never committed and for which he spent 27 years in an Angolan prison.

Gregory told me he had to drop out of school at the age of 11 to take care of his dying stepfather. After his conviction and sentencing to life without parole, he managed to teach himself a few words, starting with a religious magazine he found in his cell. The only written words he could recognise were those in the prayer Our Father, which his stepfather had taught him to read. These words were his starting point.

In Angola, lifers were not allowed to participate in any programmes, as the prison did not consider literacy skills relevant. Life without parole means you will die in prison, so why bother, seems to have been the reasoning. Gregory persisted though and taught himself to read and write with the help of dictionaries. When he was proficient enough to read legal texts, it became his sole activity. â€œIt didnâ€™t make sense to waste time on anything else than proving my innocence. My friends would find me asleep in the morning, my head resting on law books,â€ he said.

While they are separated by thousands of miles, Bright sounds just like Thuba Sithole, who is incarcerated at Leeuwkop prison in Johannesburg. Thuba has fought to prove his innocence since 2007, when he was arrested for an armed robbery while walking home. Three young girls had just been robbed at gunpoint and the police were chasing the suspects. One of the officers later admitted to me that he lost sight of the suspect and then suddenly, he saw him walking towards him on the pavement. Enter Thuba. Two of the three girls identified him, as he exited a police van, handcuffed, long after the sun had set. Despite there being no evidence against him, except for the two witness statements, which were riddled with inconsistencies, the trial and appellate judge convicted and sentenced him to 15 years for the attempted armed robbery.

In jail, Thuba started writing his life story in a worn notepad, which he gave to me. He writes well, albeit in broken English, about his childhood growing up in Mpumalanga. When Thuba turned 16, his father lost his job and he could no longer attend school. Thuba relates his burning wish to go back to school and the many times he pleaded with his parents to finish his education. But there was no money and he was told to go and find a job.

It is these kinds of pivotal moments that determine someoneâ€™s life trajectory. It is where disadvantage becomes visceral and where class, race and privilege intersect. Thuba writes about his move to Johannesburg, where he managed to find work, not a mean feat for someone without matric. He was gainfully employed until the age of 23, when he turned a corner and walked into the police chase that ended his life on the outside.

And while Thuba is not illiterate, his lack of education coupled with sparse financial resources meant that two Legal Aid lawyers could get away with doing a very sloppy job on his case. It meant that he only found out what transcripts were after he saw me on television, talking to a TV host about the importance of accessing transcripts for people who claim they are wrongfully convicted. The title of Thubaâ€™s life story is revealing. â€œInjustice affects the ignorant and the poor.â€

I have promised to bring Thuba an English-isiZulu dictionary next time I see him. Every time I speak to him over the phone, he reminds me of that promise. An eagerness to know, to learn, to catch up from where the system let him down, exudes from every page of his hand written life story.

When the evening draws to a close in the New York Free Bird basement, there are at least eight bags full of packaged books that need to be mailed. I imagine someone in a cell unpacking and reading Long Walk to Freedom and I know this was an evening well spent. I wonder if South African inmates have a copy of, or want to read Long Walk to Freedom. Iâ€™m going to add that to Thubaâ€™s reading list.

Ruth Hopkins of the Wits Justice Project was awarded the Sylvester Stein Fellowship and used it to conduct research in the United States and to compare criminal justice issues in South Africa and the US, analysing how race, demographics and the unequal distribution of wealth affects the systems in both nations. This is the second instalment of a six-part blog series for the Daily Vox. 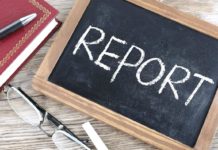