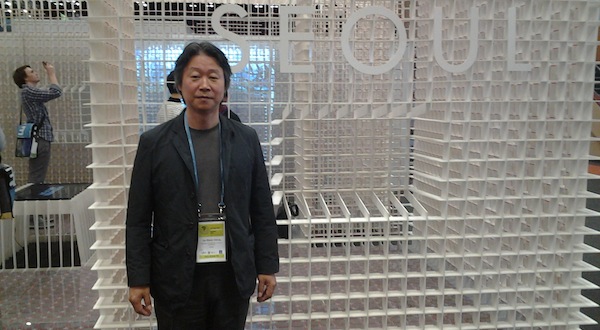 With seismologists warning that South Africans should expect more earthquakes in future, architects may have to begin rethinking how they design buildings.

“Cities in South Africa are very densely populated and architects in the past have not really considered disaster proofing structures, but events like this earthquake force ideas in that direction,” Jae Uk Chong, professor of architecture at Dankook University, South Korea, told THE DAILY VOX.

Chong was speaking at the International Union of World Architects Congress, currently being held in Durban. The congress brings together researchers, policy makers and delegates from across the world to showcases the best in design and the built environment. Delegates from over 50 countries more than 200 exhibitors are showcasing their designs at the International Convention Centre this year.

However the focus of the congress has now moved toward the 5.5 magnitude earthquake that rocked South Africa yesterday. Urban planners and design specialists today put their own material on hold to discuss issues of structural integrity and building safer cities.

“The problem is that when we survey a specific area and look at the landscape, you design buildings in accordance with that environment which are aesthetically pleasing and functional, but when the area is earthquake prone, or even to just prepare for such an eventuality, those ideas fly out the window and you redesign not for looks but for safety and practicality. However a good architect can achieve both,” he said.

Chong, who also studied in Kyoto, Japan, is no stranger to seismic activity. “I have experienced much worse and much scarier earthquakes. There are alarms, which ring to warn people to take shelter, similar to times of war. The earth shakes beneath your feet as if God grabbed a containerÂ and is shaking it around,” he said.

The congress concludesÂ on Thursday.