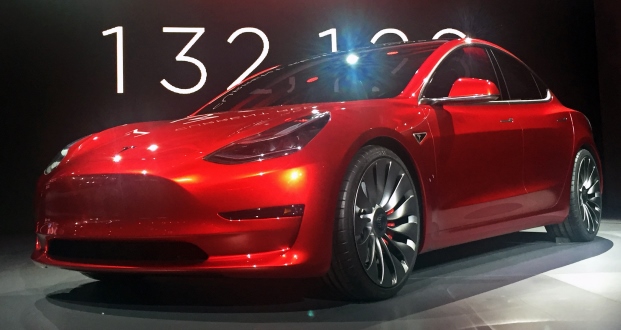 LastÂ Friday, South African-born engineer, inventor and businessman Elon Musk unveiled the Tesla Model 3, which – in his words – â€œcombines real world range, performance, safety and spaciousness into a premium sedan that only Tesla can build.â€ But would a vehicle like the Model 3 be able to work in South Africa? AAISHA DADI PATEL finds out.

Auto-pilot, automatic lane-changing and a totally panoramic glass roof – it sounds like something out of a sci-fi movie. But the Tesla Model 3 is the latest offering from Muskâ€™s Tesla Motors, which designs and manufactures luxury electric cars and electric power products. Retailing at a starting price of $35 000 (around R515 321), the electric car is set to compete in the electrical cars market with the Nissan Leaf and BMW i3, which go for around R470, 000 and R525, 000 respectively in South Africa.

While hybrid cars – which are both fuel- and electricity-based – are no stranger to South Africa, they arenâ€™t as popular as they are in the USA for a number of reasons, including lack of infrastructure and financial incentives. â€œHybrid technology is not cheap but in Europe and the USA the financial kickback that buyers receive from the state (on initial purchase and when it comes to insurance and taxes such as emissions and London’s famous “congestion” tax) make it a far more viable proposition for our European counterparts,â€ a spokesman for Toyota – who has three hybrid models available in South Africa – told News24. “Road use concessions for hybrids are another factor that sways buyers. In Los Angeles, for example, there is a lane on most highways dedicated to hybrids and battery vehicles.â€

Electric cars are powered by electric charge stored in batteries, which need to be recharged after a certain distance.The average range for an electric car is around 150km, but the Model 3 can travel around 346 kilometres before requiring a charge. Charging for Tesla vehicles takes place at Superchargers, which are charging stations located near busy public areas. The US has 613 stations countrywide with 3, 628 Superchargers, which use DC power to fully recharge Tesla cars in, on average, 30 minutes.

But South Africa doesnâ€™t have developed enough infrastructure to house facilities such as Supercharger stations, and there isnâ€™t yet enough demand for electric or hybrid vehicles. Electricity issues, such as load-shedding, also make the viability of electrical cars questionable. Eskom has warned that load shedding is expected to last about three years, in addition to a 9.4% increase in the price of electricity in 2016 alone.

Musk said in February that the Model 3 would be a competitor to luxury high-end sedans such as the Audi A4 and BMW 3 series, priced between R350, 000 – R500, 000.The Model 3 is a far cheaper alternative to the already-available Tesla Model S and Model X, which sell for more than double the price of the Model 3 (between R1m and R1.2m).

The Model 3 is set to go on sale in late 2017, with more than 100, 000 reservations already made in the USA. It will be available in South Africa too, but with our electricity woes and the hefty price tag (for most South Africans at least), it seems owning the industry-shaking electric vehicle will remain out of our grasp.