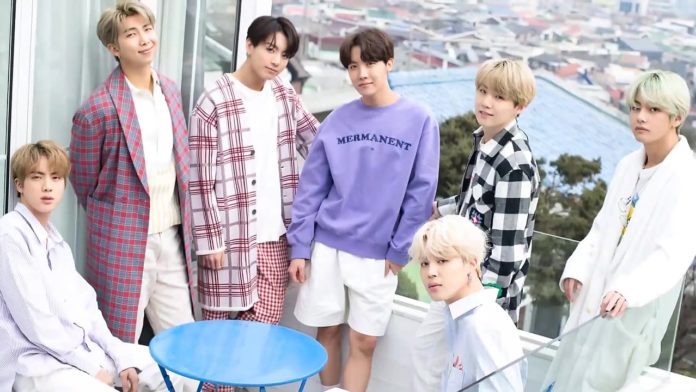 BTS, one of the world’s biggest musical acts, will be holding the “BTS PERMISSION TO DANCE ON STAGE – SEOUL” concerts on March 10, 12, and 13. The concerts will be held offline and also be simultaneously viewable through online live streaming. Cape Town ARMY (fans of the group) will have the opportunity to watch the concert live in cinemas.

These concerts will be the first time the group are performing in front their home country since 2019. BTS last performed in Seoul in October 2019 for their “BTS WORLD TOUR LOVE YOURSELF: SPEAK YOURSELF THE FINAL” performances. The March 10 and 13 concert will be simultaneously held with online live streaming. The March 12 concert will be broadcast through “live viewing” around the world via movie theaters. This means fans will get to experience the concert along with fellow fans in-person.

Speaking to The Daily Vox, Naazneen Samsodien, one of the admins for BTSARMYZA said when South Africa was not on the list, they figured it was due to technical capabilities. This was because all of the previous BTS movies had been shown in South African cinemas except for the very first one.

How BTS ARMY Worldwide Has Shared The Love Myself Campaign

Chantelle Burrows, Nu Metro Cinemas’s marketing and content executive, told The Daily Vox that Nu Metro is very well aware of the large BTS and K-Pop fanbase in South Africa. They had previously screened the BTS, BLACKPINK and MONSTA X concert movies. On March 6, the cinema group announced that they would be broadcasting the livestream on March 12 at 10:45 exclusively at Nu Metro Canal Walk.

Burrows said this is the first time that a livestream-broadcast is being presented in tandem with the rest of the world. “Nu Metro is very proud and excited to bring this unmissable concert experience to BTS fans in South Africa. The hype out there is unbelievable,” said Burrows.

Samsodien said BTSARMYZA had been chatting with Nu Metro and Ster Kinekor about the showing of the livestream. The cinema groups are aware of how popular BTS is but the infrastructure of a livestream was the main concern. When Nu Metro tested the cinemas with the distributors, it was only Canal Walk that had the capabilities, Samsodien said.

When the sales opened for the broadcast on March 6, all tickets for three cinemas at Nu Metro Canal Walk were sold out within less than an hour. Burrows said they then opened up the bookings for the “delayed live” rebroadcast.

Fans from other parts of the country also took to social media to query why the livestream could not be brought to their towns and cinemas. Burrows said: “Even the rebroadcast is a live stream – it’s a delayed live-broadcast.” She further explained that the two showtimes are in fact set internationally – one live, one delayed live. As this is a livestream, it works completely differently when compared to a standard movie.

Burrows said: “We connect directly to the international feed (for both live and delayed live) to screen the concert. It is therefore not possible to just screen it at other cinemas, due to the extensive technical resources and relevant approvals required.”

Presenting BTS: What You Need To Know About Each Member

Samsodien said she and her twin sister/fellow admin will definitely be at the livestream show. She said purchasing the livestream felt like she was buying tickets for an actual BTS concert, such was her excitement.

The livestream will be happening on March 12 at Nu Metro Canal Walk. ARMY from other parts of South Africa will be able to watch the online streaming on the other two days at home.