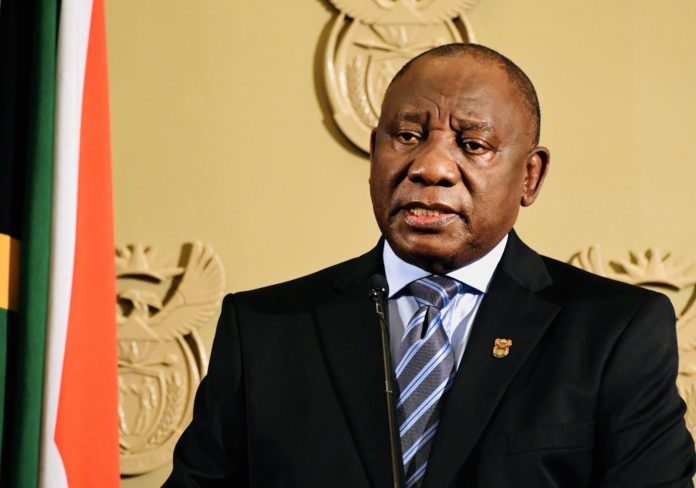 It’s been a tougher than usual week for South Africans particularly those living in the areas affected by the unrest and looting. People in communities all over South Africa have come together to start rebuilding, further amplifying the leadership deficit. From delayed responses to the unrest, lack of coordination and a president reading from a teleprompter, it’s been clear to see. We’ve decided to put together a list of things that need to be rectified immediately.

President Cyril Ramaphosa called the unrest “ethnic mobilisation”. He then retracted his words and said it was an “insurrection”. He called in the South African National Defence Force (SANDF) and deployed them with the estimated cost of the deployment going into the millions. Ramaphosa read the names of the people who passed on during the unrest. Yet, at no point, in any of the many addresses he has given, did Ramamphosa or any of his ministers take accountability. Accountability might not solve any of the issues but it would mean a lot to actually hear the president admit his government and party’s failures. Fire some people or take some action beyond addressing the country with those sad eyes. We don’t need sadness – South Africa needs people to answer for what has happened.

Reshuffle cabinet or fire them

In March there were talks of a cabinet reshuffle by Ramaphosa. When are we getting that cabinet reshuffle? It beggars belief that South Africa is currently experiencing the third wave of a pandemic and we still have an acting health minister. Remember, our health minister is on special leave for corruption – during a pandemic! But with the unrest, a reshuffle is needed more than ever. The ruling African National Congress (ANC) factions cannot continue to hold the country ransom.

“The president needs to show decisive leadership by reshuffling. This will at least send a message to the various ministers – you better shape up or move out. Judith February, a political analyst said South Africa needs a new social compact urgently.

“Ramaphosa has a moment now too to reshuffle his Cabinet: let us rid ourselves of the disloyal, the corrupt and the feeble. There is a long list, but can we afford a minister of police known only for bluster and sartorial inelegance and whose loyalty to Ramaphosa is questionable?” February said.

The first thing we do in any planning is set up a Whatsapp group, and start talking. One would think in the midst of a crisis, the government has a mechanism to share amongst each other.

On July 16, Ramaphosa addressed the nation after visiting parts of KwaZulu-Natal following mass looting. Ramaphosa described the government response as poor, and called the unrest a “failed insurrection”.

As we can see, statements between two critical departments – the presidency and department of defence are seemingly not in agreement. Now we could call it human error. But it cannot be dismissed. It shows a lack of planning and coordination. The department of defence had three days to prepare before saying anything. It’s no excuse. Create a Whatsapp group at the very least, and speak in one voice.

At least pretend to care about people

Once the proverbial dust had settled towards the end of last week, the government ministers decided to don their best and head to the streets. They posed for pictures wearing their shades and best clothes. There seemed to be no awareness of the fact that so many people had lost everything. We all know there is a huge disconnect between government ministers and the people on the ground. However, during these tough times would it have been so difficult for these ministers to muster up a little empathy and sympathy for the communities and people affected.

And then on Mandela Day, the president and other ministers went into communities to help “cleanup” wearing suits. People need substantial economic assistance not help cleaning up. Instead of going to Jabulani Mall, perhaps Ramaphosa and his ministers should have spent their 67 minutes coming up with an economic recovery plan and a way to fund the basic income grant.

The social media guidelines for government employees serve to provide standards of professional practice and conduct when using social media. One of the general guidelines is to keep your postings legal, ethical and respectful.

So, can we ask why our minister of finance, Tito Mboweni chose to tweet about tranquil places to visit, in the midst of the unrest last week? It was tactless and not at all empathetic. The tweet itself listed struggles South Africans are facing, along with beautiful Limpopo scenery. It was not that hard to reschedule the tweet promoting tourism, just not on that day. Maybe leave it to the ministry of tourism too (oh yes but she’s acting health minister so maybe nevermind). Read the room and reflect instead of tweeting and deflecting.

Not far from being controversial on twitter is our minister of transport, Fikile Mbalula.  Cape Town is gripped under taxi violence, and the recovery efforts for transport infrastructure destroyed last week are being focused on. So Mbalula’s portfolio is very busy, and he has been meeting with the taxi industry to  work to end violence in the province.

But he also crosses lines; he uses it for things his portfolio has no business tweeting about. Like conducting public relations for private families in no way linked to the transport ministry. This reads like a promo tweet.

We need our ministers to always exhibit leadership and tact. Government officials are always held to a higher standard, and that should be reflected in their social media presence.