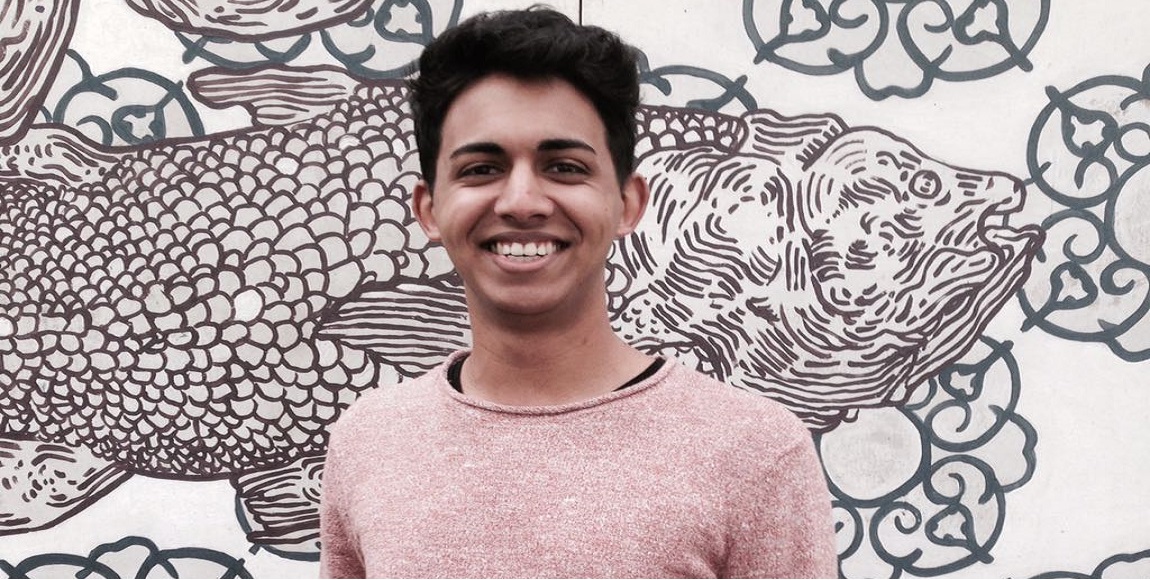 A South African studentâ€™s poster was selected as part of an international design project to raise global awareness about the dangers of extensive plastic pollution in our oceans.Â

University of Pretoria (UP) student, Sascha Saddulâ€™s work was one of ten selected for the United Nations (UN) Ocean Conference exhibition in New York. His was the only South African contribution.

The poster project, curated by renowned communications designer and design educatorÂ Professor Helmut Langer, is an international design project in which 33 universities on five continents participated.

As part of the Green Bauhaus Communications Project 2017, ten posters were selected to be exhibited at the UN Ocean Conference in June at the UN Headquarters in New York.

An Information Design student, Saddul (21) is passionate about creating unique and interesting visuals – in film, photography or design. Saddul said he was surprised when he found out his design had been selected but excited and honoured that his work was being exhibited for such an important cause.

Established to stimulate local and global sustainable development, the Green Bauhaus Foundation is a multicultural global communications project with universities and academies from five continents.

The theme for the Green Bauhaus Project was â€˜Save the Oceans – Stop Plastic Pollution.â€™

Saddulâ€™s poster, titled â€œKiller Fashions,â€ was inspired by couture fashion. Saddul said he tried to show a concept that had been seen and heard of many times in an interesting and unexpected way. â€œI had this visual in my mind of a fish getting caught in a net [and] thought it would be interesting to display it as a fashion statement, as if they fish is wearing the plastic net,â€ Saddul said, â€œalmost aestheticising something that is awful yet happens daily.â€

According to the UN Environment Programme, up to 80% of all litter in the ocean is made up of plastic, and 8 million tonnes of plastic lands up in the ocean. His poster is also one of 300 posters selected for the final poster project. These carefully curated and collated selection of posters will travel as an international exhibition and will also be documented in a catalogue.

The youth have a key role to play in social change and the project believes that the visual voice of design allows design students to address pressing environmental problems like saving oceans and marine life.

To Saddul, sustainable development means new developments without destroying the environment we live in and without further depleting natural resources. â€œIn other words – smart development,â€ he said.

All images provided by Sascha Saddul