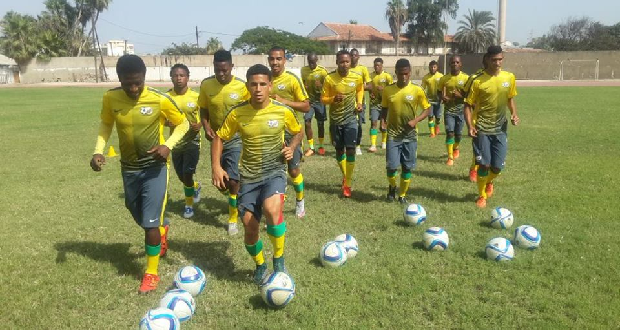 South African under-23 coach Owen da Gama has stressed the fact his team needs to be mentally ready if they want to do well at the Rio Olympics.

The team assembled for camp on Tuesday.

Keegan Dolley, Itumeleng Khune and France-based player Lebo Mothiba are amongst some of the players yet to arrive.

South Africa has a mammoth task ahead of them as they have been grouped with hosts Brazil at the Games.Â  The team hasnâ€™t had the best results in the lead up to the event, their last being a 4-1 loss to Japan. The team also played Brazil earlier this year and lost 2-1. They have also been grouped with the Denmark and Iraq.

But a bulk of under-23 players were part of Bafana Bafanaâ€™s COSAFA Cup win last month.

Da Gama says their main focus as they prepare is to make sure all the players are physically fit and at the same fitness level.

â€œFirst and foremost is to do assessments of the players to understand the fitness levels, so if there are any individual programmes that have to be made to make sure that once we get to Rio everybody is at the same level.â€

The coach is also making sure his team are getting to know each other well as they prepare, to strengthen the team’s bond if their opponents try and play mind games with them.

When I asked da Gama which colour medal they would be bringing back home he said, â€œwe certainly would like to bring the gold back.â€

He then added the first match will be key,Â as a victory there will put the team in a good position heading into their other games.

â€œWhen you lose the first game, that (goal) looks even further, itâ€™s even more distant. It can demoralise the spirit of the players. Most importantly, what we are focused on is the first match and thereafter we will take it step by step.â€

Although the team has a lot to do and focus on before and during the Olympics, the fact the players get to show off their skills on the international stage against some of the world’s best players is a prospect that excited players. Playing against the likes of Brazil’s Neymar, Rafinha and Douglas Costa is a task the South African players are relishing.

â€œItâ€™s like in South Africa when you play Kaizer Chiefs or Orlando Pirates or Sundowns. Itâ€™s very easy to motivate the players; itâ€™s self-motivating as itâ€™s the Olympic Games.Â  They understand the enormity of this competition. The players understand what to expect and there is great vibe within the team.â€

One issue that has affected everyone travelling to the games is the Zika concern. It has seen some athletes, mainly golfers, pull out of competing in Brazil.

However, the U23 team has got their bases covered thanks to extensive research from the team doctors during their last trip to Brazil in March.

Da Gama says the team has been well educated about the virus.

â€œThey are well aware of what the Zika virus is and the fact that we will be staying next to a lake, they understand the precaution that needs to be taken. We are on top that.â€