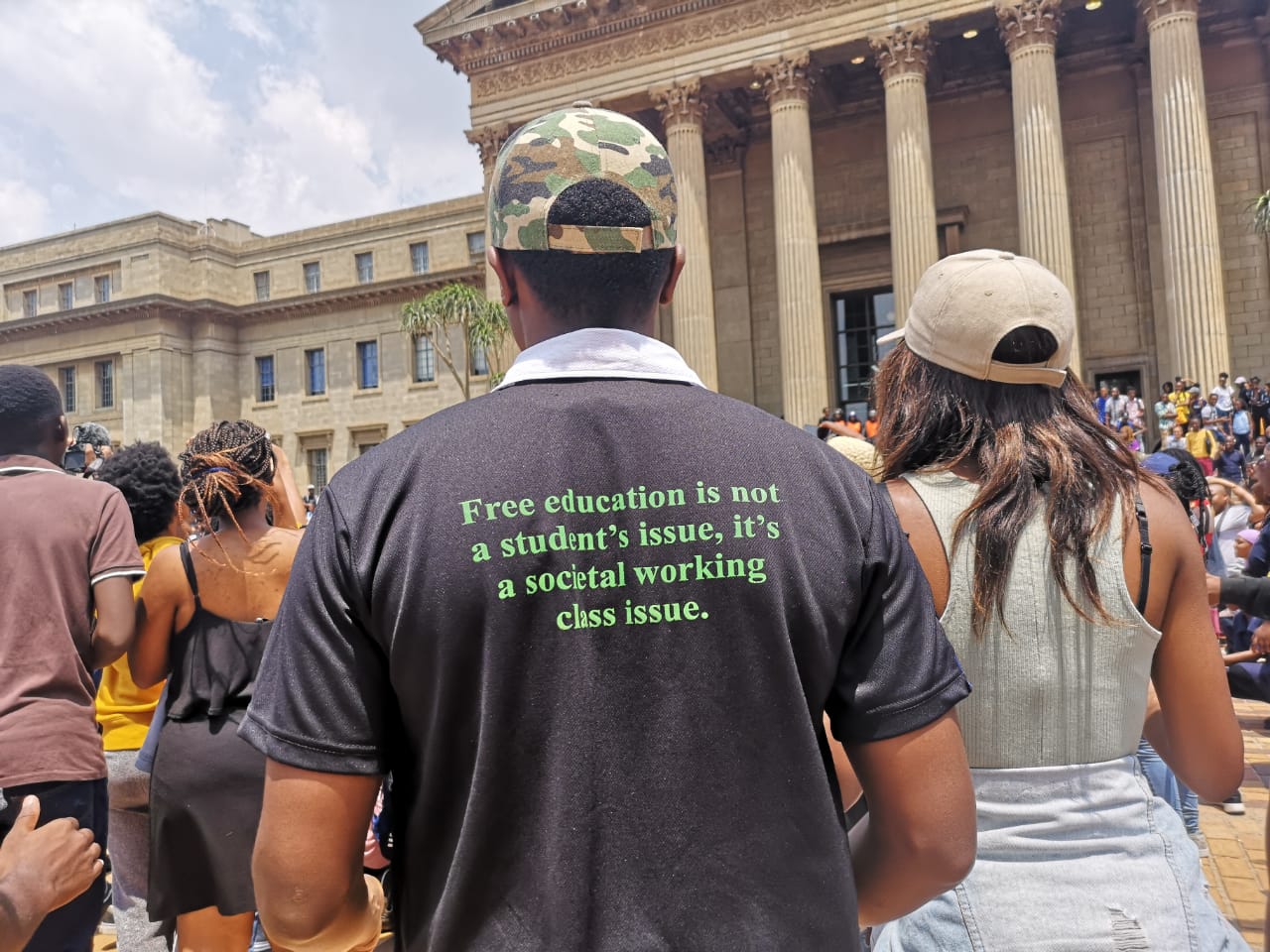 The South African Union of Students (SAUS) has called for a national shutdown of the higher education sector. The shutdown is to “agitate the system in addressing some of the urgent national and institutional demands” affecting students, the national student union said in a statement on February 7. By SHAAZIA EBRAHIM and FATIMA MOOSA.

Students and student representative councils (SRC) from a number of universities have been protesting various issues this week, including difficulties with registration, lack of accommodation, problems with the National Student Financial Aid Scheme (Nsfas), and historic debt.

Acknowledging these concerns, the student union also condemns the emotional and physical violence students experience at the hands of a higher education system that is anti-black and anti-poor.

SAUS is an elected body from SRCs across the country and serves as a student lobby group in the higher education sector.

On February 4, Mlungisi Madonsela, a student at the Durban University of Technology (DUT). was shot and killed by private security dispersing a protesting crowd.

“As a union we condemn the killing and call for an urgent inquiry into the matter and institutional and personal accountability for the matter. As SAUS we extend our sincere condolences and support to the Madonsela family and friends of the bereaved,” another SAUS statement said.

SAUS condemned higher education minister Naledi Pandor’s statements about the ongoing student concerns in an interview on Radio 702 of February 6.

Speaking on the issue of historic debt, Pandor said the government is looking at how to deal with historic debt: “From the side of government a great deal of revenue is being made available to colleges and universities to provide support to students. We have said that the matter of historic debt is a matter which the current revenue we have available will not be able to address.”

Pandor further said she had not approached the deceased student’s family yet and would not be doing so until the investigation from the university has been concluded.

“All forms of violence and to be condemned but I do think institutions must ensure that security support should be advised to be temperate in its conduct and certainly not to use violence towards students,” said Pandor.

Pandor said she is concerned about the use of violence and in particular live ammunition against students. However, she added that the ministry cannot make decisions as to the administrative arrangements that universities undertake. “Universities have the autonomy to decide on their operational and other executive matters. We are not involved in those processes,” she said.

“The minister”s utterance reek of arrogance and a complete disregard for the poor and working class students,” SAUS said.

The Sol Plaatje University (SPU) SRC will hold a meeting on February 7 to discuss the call. Classes are suspended, the university said in a statement.

Like SPU, other universities’ SRCs will hold mass meetings this week to discuss whether or not to shut down.