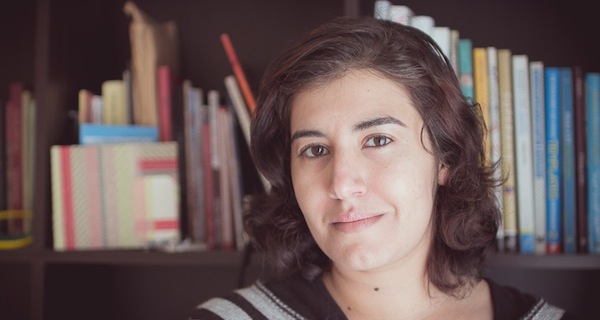 A South African writer has walked away with a Ugandan literary award for her short story, Out of the Blue, about a woman who finds a dead body floating in her swimming pool. RA’EESA PATHER reports.

Speaking on the phone, Bamjee says she never imagined her story would be chosen from the hundreds of entries that were made.

â€œItâ€™s one thing to call yourself a writer, but itâ€™s another thing to start producing work and putting it out there,â€ says Bamjee.

â€œWhen I submitted the story for the competition I had no idea how it would be received. So, when it got long-listed, then shortlisted, it was a huge surprise for me.â€

Bamjee began her career as a journalist and recalls really disliking her first creative story.

â€œOne of the main reasons I got into journalism was because I wanted to tell stories, journalism opens you up to experiences you would otherwise never have,â€ the author reflects.

During her time as a journalist, Bamjee carried a notebook everywhere she went, jotting down characters and penning plot ideas, a bundle of literary ideas waiting to be used.

â€œThey donâ€™t really go anywhere, they just sit in my notebook, and thatâ€™s been my problem, I think, with all my years of wanting to call myself a writer,â€ she says.

Bamjee left journalism to take up an MA in creative writing at Rhodes University. She wrote poetry and took part in literary workshops.

In the surrealÂ Out of the BlueÂ Miriam, the protagonist, is unable to have children and repulsed by a doctorâ€™s suggestion that she use donor eggs.

â€œIssues like fertility are kind of on my mind because Iâ€™ve been trying to have children for the past two years. But itâ€™s not as hectic as the protagonist in the story,â€ Bamjee explains.

One night, Mariam finds a young boy floating on the surface of her pool. He has drowned. Instead of calling an ambulance, she pulls him from the water and carries him to her room, where she sleeps next to his lifeless body.

The story, she admits, is quite morbid.

Her inspiration for it came one day as she looked at the pool in her backyard. Neither Bamjee nor her husband canÂ swim.

â€œI started thinking what if one day I looked out and I saw something sinking and it was a body or something. So, it was one of those â€˜what ifâ€™ moments that I wrote down somewhere,â€ she says.

Bamjee received a prize of Â 1 000 000 Ugandan Shillings â€“ about R4000.Â She is currently working on a short story for the Short Story Day Africa competition.

You can read the Out of the Blue on the Writivism blog.