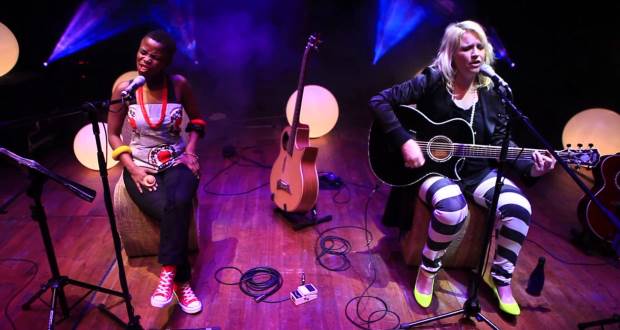 Last week, the SABC announced that it will start playing 90% local music across all its radio stations, a decision which was welcomed by South African musicians and producers. The decision was made to promote local artists and bring music royalties back into the country. KWAZI DLAMINI spoke to a few people to find out whether they’re looking forward to more local flavour on their radios. Langa Mashabane, 29, unemployed, Berea
I think it was a good move because people like us who prefer local music donâ€™t get ear-pleasing music. Personally, I prefer maskandi – that means I have to wait until Saturday to hear maskandi music only on Ukhozi FM. They must play local music but mostly the traditional music; it wonâ€™t make any difference if they are going to continue to play these artists who sing like Americans. This should also be used to bring back our heritage through music, which is something that was long overshadowed by Western music. I own a few CDs of maskandi artists – that is the only way I can listen to my favourite music anytime I want. Nana Mseleku, 23, bank teller, St Georges
I hardly listen to radio, so it doesnâ€™t affect me that much. But I believe people should be given a chance to listen to what they want. Most people listen to Western music these days this decision will definitely affect listenership. Locally I listen to a few local hip hop artists like AKA, Da LES and L-Tido but I use my phone to listen to their songs. Another problem is that in SA we lack content – they will end up repeating the same songs over and over again, just like they do with content on TV. I donâ€™t buy CDs and I doubt thereâ€™s still someone who buys those. Everything is digital nowadays – CDs get scratched or break while you paid money for them. but if you just download the song you are set for life. Ncebakazi Vundla, 21, student, Bluff
I listen to local artists like Zahara, Nathi and other artists. They are very talented but they are outshined by American artists. I think itâ€™s about time we play our own music because I doubt Americans even give themselves a second to listen to our music. The music of local artists will reach many people now, and people will start shifting their focus from overseas music to local music. At home we donâ€™t even own a DVD or CD player so it would be useless for me to buy a CD. Music can also be purchased online to do good by our artists. I think my playlist is dominated by international music. Themba Magaqa, 26, unemployed, Matikwe
I think the musicians are starting to bring back the local flavour in music. Lately, I have seen a lot of South African musicians collaborating with artists from Nigeria, Kenya, Zimbabwe and other African countries, which is a good thing for African music. If local artists want to be celebrated internationally, they must first conquer the African continent. They have started doing so – AKA has developed a huge fan base in Nigeria and other countries, and he went to America and came back with two awards – which is something to be proud of. I listen to local hip hop, especially the young artists but I wonâ€™t lie, I donâ€™t buy CDs. I have more local music on my phone because I listen to emcees from my township. Mbasa Dlamini, 28, student, Mobeni
I think this will not make much difference. As long as there are still radio stations who play international music, people will still have an option to switch channels and listen to what they want. My favourite local artists would have to be Donald and Mi Casa. Those radio stations that will be playing local music must play all the genres because as people we donâ€™t like the same music. They should play reggae, gospel, hip hop, maskandi, scathamiya and other genres. My cellphone has more international songs than local; I donâ€™t know why but it just happens and I didnâ€™t really take notice of it. Most people have smartphones now or own DSTV at home so thereâ€™s really no need for CDs anymore.