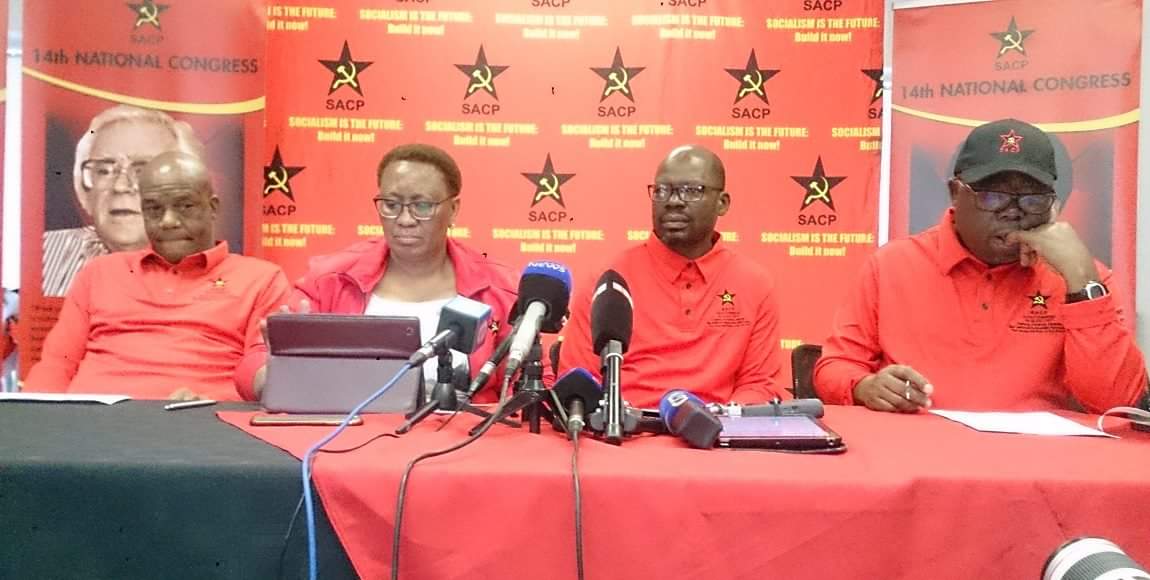 The political party held a press conference on Tuesday afternoon following the announcement of a Cabinet reshuffle by President Jacob Zuma and the removal of SACP general secretary Blade Nzimande as minister of Higher Education and Training.

Mapaila said that they will only later allow Nzimande to answer any questions around the long-awaited Fees Commission report, which was received by the President in August. The report will be looking will be looking into the feasibility of free education at tertiary level, following widespread student protests over fees since 2015.

Mapaila implied that the Fees Commission report was also the partial reason why Nzimande was removed. Nzimande, who didn’t attend the press conference, is expected to address the Fees Commission report in “the next few days”, according to Mapaila. The party said it has decided to give him time off to debrief and strategise a way forward. Zuma is yet to release the report.

The party accused Zuma for removing Nzimande to secure a successful election “of his ordained successor” at the ANC national conference in December and for supporting the #ZumaMustFall campaign. Mapaila pledged that the removal of Nzimande will not prevent the part from exposing and confronting state capture.

“He is glaringly mistaken, instead, the SACP is even more committed to continuing with its leading role in waging the struggle against state capture and corruption,” Mapaila said. The party urged all remaining members of cabinet to continue fighting against corruption and the violation of the Constitution.

Nzimande had received backlash from students and accused of being against the #FeesMustFall movement and making a mockery out of it after he said students should fall if they refused to accept his proposed 8% increase in university fees last year. Nzimande has, in the past, refused to meet up with #FeesMustFall student leaders but has met, on several occasions, with university management teams to discuss issues relating to avoiding student protests on campuses.

Following the reshuffe, the non-profit Higher Education Transformation Network has urged president Jacob Zuma to urgently release the final report of the Fees Commission, to assist in clarifying government’s stance regarding planned fee increments in 2018.