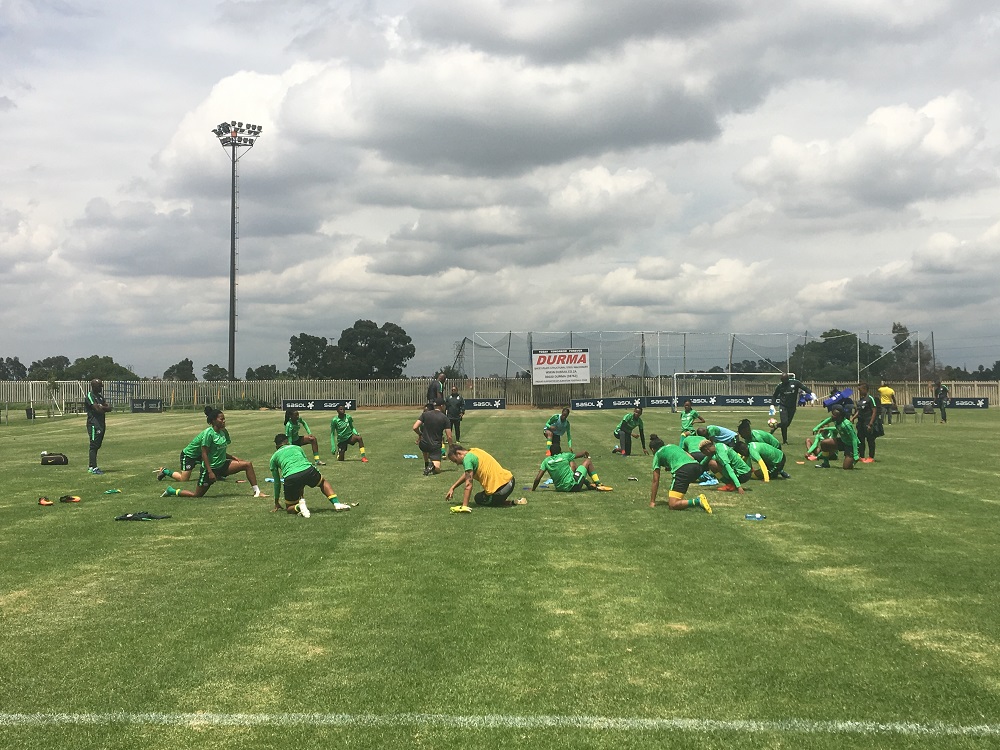 Banyana Banyana and the South African Football Association are reportedly in a dispute over the payment of bonuses to the women’s team. However, SAFA denies these reports. The Daily Vox team rounds up.

On Friday, June 29, Power FM released a report in which they said several players from Banyana Banyana were complaining that they had don’t been paid their bonuses after the team’s recent wins and qualifications.

Banyana Banyana recently beat Lesotho 6-0 to book their place in the Africa Women Cup of Nations, which is going to take place in Ghana at the end of 2018. Power FM spoke to Dennis Mumble, the CEO of the South African Football Association, who said the association didn’t have any cash flow problems and would be paying the bonuses on June 25. However, players have refuted this, saying they haven’t received anything.

The Daily Vox team spoke to a player from the national team who wished to remain anonymous.

She said they are unhappy with what they are getting paid and the fact that the payment is always late.

“We were given a second bonus in April and they still haven’t paid us that amount. They said they will pay it to us two weekends ago and it still hasn’t been paid. We qualified for the Afcon and our daily allowances from the Lesotho games haven’t been paid,” she says.

To express their unhappiness over the late payment, the team took their kits home during the Lesotho games. They said they will return the kits when they get paid.

The player says Sasol has been a great sponsor but she doesn’t understand why Castle does not sponsor the women’s team and the women’s team only has one sponsor. She questioned why Bafana Bafana, the national men’s team got a bonus for just going to be qualifications games.

“That’s another issue. Bafana gets R40 000 just for appearances at training camps. We get nothing and the problem is they are pressuring us to qualify for these big tournaments and up to this day we have. But we’re playing against other countries who have fully fledged leagues where all the women do is play and stay fit all-year around.”

As for a response from the footballing body, the player says they expressed their unhappiness and while the Head of Delegation of Safa came to speak to them, no one else came to see them or contacted them about their concerns.

When contacted by The Daily Vox for comment on the issue, Safa communications manager Dominic Chimhavi said the report was baseless and did not warrant a response. He went on to say that it is a creation of Power FM.

However, this is not the first time there have been reports about Safa not playing the women’s team footballers enough or at all.

Portia Modise is one of the best South African footballers. She was the first African player to score 100 goals for their country.  Yet when she announced her retirement, Modise spoke out about being broke.

Last month, striker, Amanda Dlamini took to Twitter to express her frustration and unhappiness at Safa’s treatment of women footballers and how she is struggling to make ends meet.

All my life in football I was told to play for the badge&that was my pride, as naive&ambitious as I was, I knew I couldn’t eat a badge, I couldn’t have any financial liberation from it.I had no voice&still women have no voice or won’t be heard. #weneedfinancialLiberationinSport

When The Daily Vox spoke to Banyana Banyana before their trip to Cyprus in February, coach Desiree Ellis said: “They also need to give the females what they are due and we’ve got a lot of sponsors. They have come on board, sponsoring the players in the national team and hopefully it will get better as the team performs well.”

At the time, the team wasÂ told by Safa president, Danny Jordan the team would be required to qualify for the 2018 Africa Cup of Nations in Ghana (which they have qualified for), the 2019 FIFA Women’s World Cup in France, and the 2020 Olympic Games in Tokyo.

“I would love to see more people watching women’s football and more young women starting to play the game. That is if we starting getting the support and the payments we need. Otherwise, I would say all women should focus on their studies or maybe play cricket. Because if you look at the way cricket is treating their women, things are happening there,” the player said.

The player says they aren’t even asking for equal pay. They just want something to live off.

As for further action from the team, the player says when they go to future training camps, they will be trying to raise awareness there.

Editors note: A previous Power FM quote of Dominic Chimhavi has been removed as the SAFA spokesperson said he was misquoted.