Home Sexual Violence #SafeTaxisNow march in Soweto is not the end in the fight for...
WhatsApp
Facebook
Twitter
Email
Print 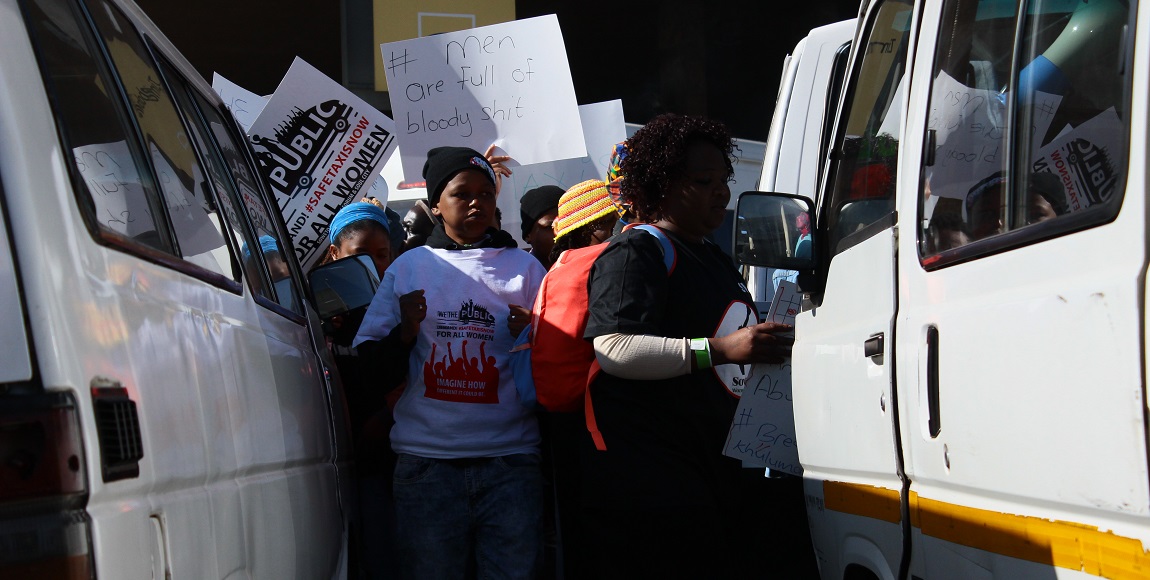 A group of women, children, and men gathered outside Bara Taxi Rank on Saturday, 24 June to disrupt the streets of Soweto. â€œOur streets! Our bodies!â€ could be heard in between the hooting of taxis. The march was the final event of the #SafeTaxisNow campaign organised by the Soweto Womenâ€™s Forum and Soul City Institute, aimed at shiningÂ a light on the social ill that is violence against women, children, and queer folk.

â€œThis isnâ€™t the end of the campaign but the start of something bigger because there are promises that we have made. We have promised the people that we have worked with that we are going to achieve them,â€ said Soul Cityâ€™s advocacy manager Matokgo Makutoane to the marchers gathered outside Maponya Mall at the end of the march.

Youth programme coordinator for Soweto Women’s Forum Manku Noruka, said their next stop will be meeting at Naledi community hall to pledge solidarity with the women living there. â€œWe have identified Naledi as our hotspot due to the fact that the cases happening in Naledi were more than in other townships. We donâ€™t know why women in Naledi are being targeted but we are going to stand with the women at Naledi. We are going to paint Naledi black,â€ she said.

While the march moved through the taxi rank, there was a brief altercation with a taxi driver and a rank marshal. The crowd gathered around the men who were upset that their space was being disrupted.

I was almost collapsed by this. But OKSALAYO, we shut down their precious rank. Even just for a moment. #KgalemelaLenyatso https://t.co/Dk5Etnblbz Even children attended the march. Thakgalo Somo (11) had women cheering her on when she picked up the megaphone and gave an impassioned speech, showing the fierceness within a girl. This grade 6 pupil has established community-based projects at her school, Nkholi Primary. She teaches other children about abuse and that they should fight it. The #SafeTaxisNow campaign, which was launched in the wake of sexual violence against women and LGBTQIA+ people on taxis is a national concern. The campaign has given them space to speak out against the injustices and unite against it. Their work is not over as long as there is still gender-based violence, but they have set the agenda.