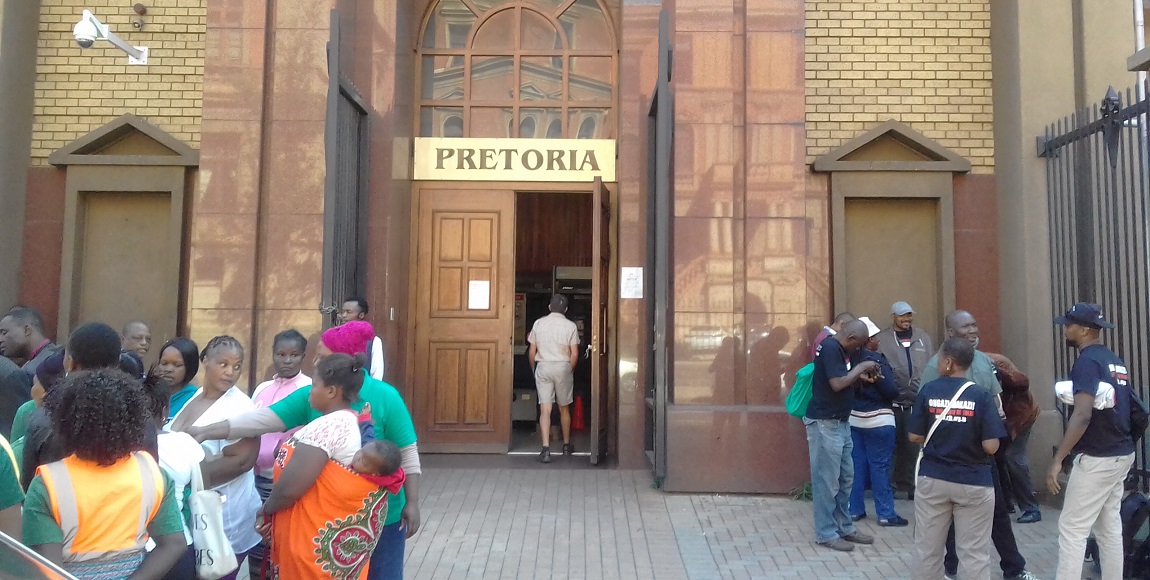 The Pretoria High Court granted a victory to the embattled Marievale community, ruling on Wednesday morning that the South African National Defence Force (SANDF) must vacate the former army base which was previously occupied by homeless residents.

The army must vacate the premises within 30 days, Judge Norman Davis said.

The court further ruled that SANDF should provide alternative adequate accommodation for Marievale residents if vacating the land is not feasible.

The Law Behind The Marievale Evictions: SANDF Was Never Deployed

Marievale is located approximately five kilometres away from Nigel, in south-west Gauteng. The residents have been in a battle with the defence force since November last year, after military soldiers forcefully removed them and destroyed their shacks. The former army base is home to about 600 residents. The residents were represented by human rights organisation, Lawyers for Human Rights.

Forty-four year old Sylvia Nontyi who has been living in Marievale since 1997 says she was beyond happy with the judgement because she had no other place to go to. “My husband was a soldier when we moved into Marievale, but he was then deployed to Congo and he divorced me. The soldiers who wanted me out asked my why didn’t I follow my husband to Congo because I was not permitted to being there which is why they said they were kicking me out,” she said.

Nontyi said that she and her two children aged between five and seven will now be living in peace without the worry of being attacked by the military police.

Ex-Marievale residents’ shacks demolished while trying to build them

Gladys Bambiso, another Marievale resident, said at first she did not understand why she and her husband were being forcefully evicted from the army base because her husband was a retired soldier. “They kept on telling us that people who are not part of the army should leave the premise, including retired soldiers,” Bambiso said. “For a long time we have been living in hardship but at least now that is over.”

Human rights organisation, Right2Know were there in solidarity with Marievale residents. It said it was also pleased with the final court judgement.

WATCH | R2K activists in Gauteng are supporting #Marievale residents outside Pretoria High Court! @DOD_SANDF members have been ordered to vacate the former Army base within 30 days. #OngaziMakazi #StandWithMarievale pic.twitter.com/FwkCTP2oys

The organisation’s Gauteng organiser Ntombiyebhongo Tshabalala said that not only was this judgement important for Marievale residents but also for other communities that are still victims of eviction, to give them hope. “Although they may not be evicted by the SANDF, other communities that are being evicted by the South African Police Service, Metro Police, and Red Ants highlights that the issue of eviction needs attention in South Africa. There are many communities protesting over housing and evictions, in places like Soweto, so there is more that needs to be done,” she said.