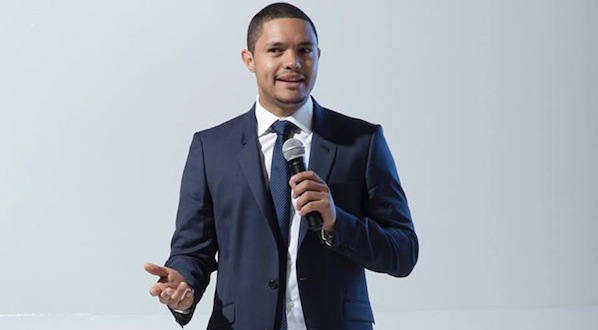 For many years the only widely popular comedic relief in the countryÂ came in the form of a Leon Schuster movie. Twenty years into a new South Africa we are witnessing a new era ofÂ comedy. With Trevor Noah joining Comedy Centralâ€™s the Daily Show with Jon StewartÂ in December, we put the spotlight on local standup comedy scene. Here is PONTSHO PILANEâ€™s five funniest people under the South African sun.

Arguably the most popular comedian on theÂ continent, Noah has had sold-out shows around the world. HeÂ made his first appearance on American television on Jay Lenoâ€™s Today Show,Â drawing attention from Comedy Central.Â His appointment to the popular satirical news programme TheÂ Daily Show is certainÂ to open up even more doors.

David Kau
In 1998, Kau was the only black person among the 44 comedians at the Smirnoff Comedy Festival. Today he is the co-producer of theÂ Blacks Only Comedy ShowÂ which has toured the country and remains a favourite among standup comedy fans.

Kagiso Lediga
Most famous for his quirky Savannah Dry adverts, Lediga is one of the pioneers of black comedy in South Africa. HeÂ started the popular sketch comedy show,Â The Pure Monate ShowÂ (PMS), together with Kau in 1997. LedigaÂ has won numerous accolades including the Comic Writer of the Year award at last yearâ€™s Comic Choice Awards and the Peopleâ€™s Choice Award at the Cape Town Comedy Festival in 2003.

Tumi Morake
Best known for her role as Millicent in the sitcomÂ Isozo Connection, Morake is one of the most successful female standup acts in SA. SheÂ was the only woman featured at the 2009 Vodacom Funny Festival and was part of theÂ 46664 It’s No JokeÂ line-up. Her solo standup special,Â Tumi Morake: HERstory, aired on Comedy Central last year.

Loyiso Gola
Loyiso Gola is the producer and host of the satirical television showÂ Late Nite New with Loyiso GolaÂ (LNN). LNN is in its eighth season and has just been nominated for its second Emmy award in the Best Comedy category.