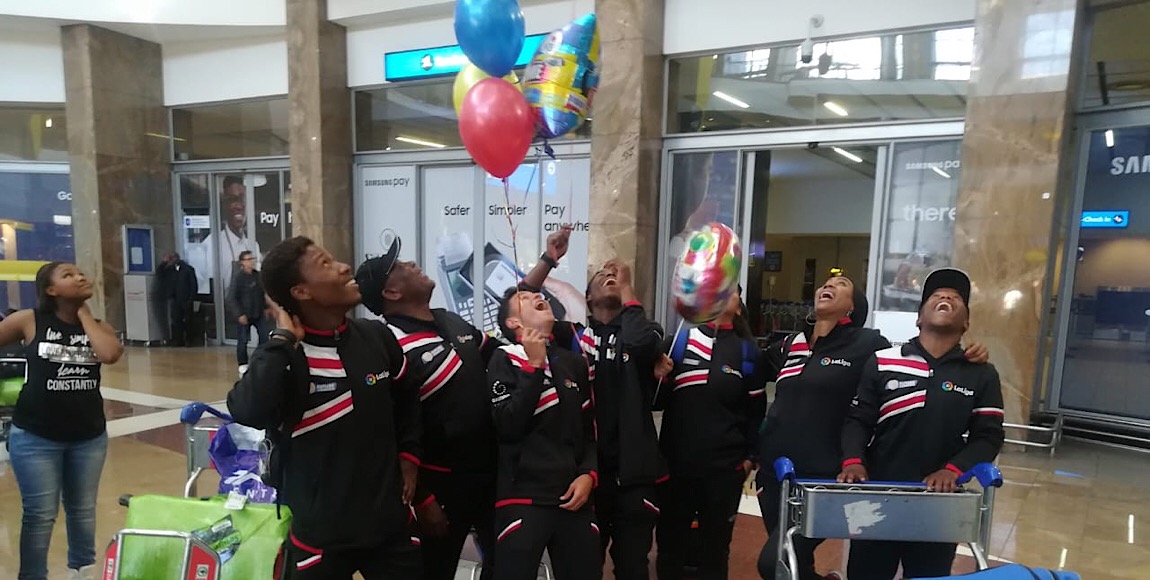 Through a joint partnership between Spanish football league, La Liga’s South African branch and the Gauteng Department of Sport, five youngsters were afforded the opportunity to travel to Spain to experience the country’s footballing culture. The Daily Vox team spoke to the young people upon their return to South Africa.

We Speak To SA’s Future Football Stars Headed To Spain

Antonio Barradas is the La Liga Africa managing director – and is partly responsible for the Spanish trip. He says: “I think it’s a great project that gives young people the chance to go to Spain and be involved in the best football in the world.” Barradas says when children are involved in sports, it allows them to learn respect and discipline.

Barradas says the trip allows for an exchange of friendship between South African and Spanish youth. La Liga Africa has been working in South Africa for three years – helping wherever they can with grassroots development, along with the sports department.

The sole woman footballer who was taken on the trip winger, Zara Wilkinson says it was a great experience – even though the trip was very long. Getting to watch Barcelona play live at the Camp Nou was one of her highlights – as well as getting to train with the RCD Espanyol and Gerona teams.

Wilkinson says she learnt that football is taken very seriously in Spain especially with time. “They are very dedicated and I learnt I have a lot of learn to get to that level.”

She says women’s football – which isn’t taken very seriously in South Africa – is regarded at the same level as men’s football in Spain. She trained with the women’s teams and found it a challenging but great opportunity.

Seventeen-year-old Suhail Moosa says the experience was phenomenal and he learnt a lot during the trip. Playing for the Lenasia Football Academy, Moosa has been playing football for five years with his ultimate dream being to play professionally. Moosa says he would encourage young people to play sports as it helps to destress and ease the mind.

He says – while in Spain – he realised that his level of football is not with their level, and he has a lot to learn. “I learnt about to how to take free kicks with better technique. We also learnt about time management – if you weren’t on time, you would miss out on things as the coach would not wait.”

One of his favourite things from the trip was experiencing the atmosphere of watching Barcelona live. “There was three-month-old babies and 70-year-old people – and it was really amazing.”

Youth coach, Andile Zulu who works at the Nike Excellence Academy in Soweto was a part of the trip as well. For him, he could experience many great things in a short time. “One of the best things was experiencing the facilities at Espanyol. In their media room, I was asked questions by their media – and I felt pleased that as a coach I could achieve that success.”

Zulu says he has learnt many lessons which he will be implementing with his team – such as the importance of nutrition and school. “School is the first priority and then football after. If you don’t make it with football, you have a backup with school,” he says.

For Zulu, sports is important for young people: “It helps you to come out of the bad habits. If you are patient, love what you are doing, respect yourself and others, be committed, and put God first – you will be successful.”