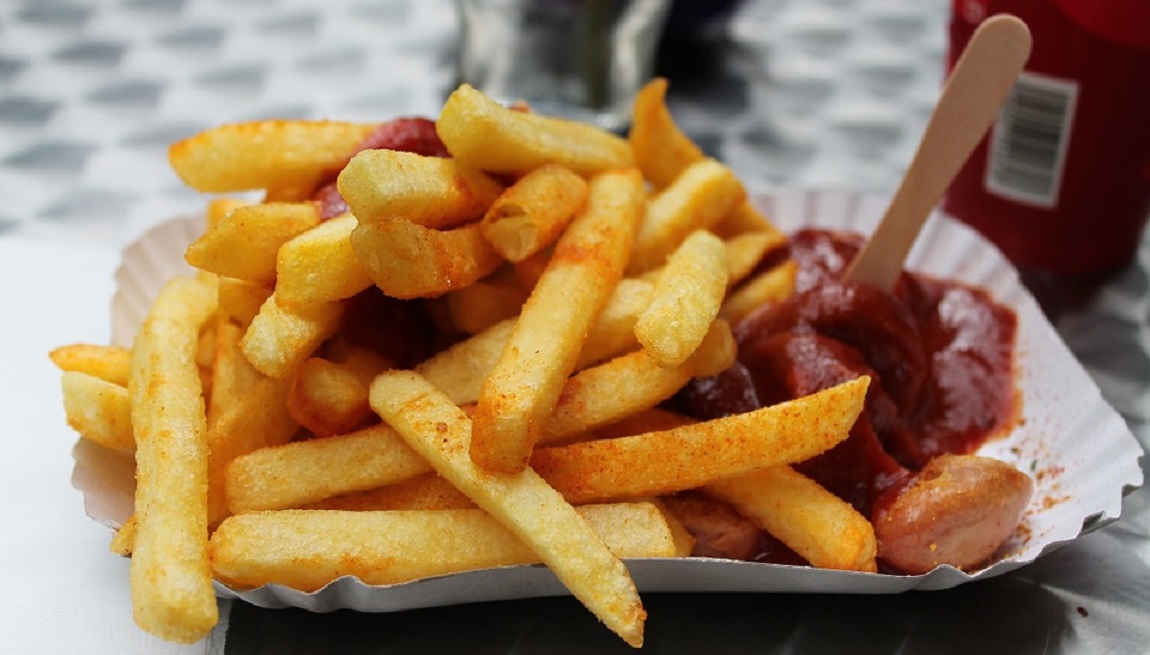 This is according to the 2016 South Africa Demographic and Health Survey (SADHS) and is based on the body mass index (BMI) score. BMI is calculated as a person’s weight (in kilograms) divided by the square of their height (in metres). A person with a BMI of over 30 is generally considered obese, while a person with a BMI of 25 or more is considered overweight. But why are South Africans suffering from obesity?

The Department of Health’s Director of Health Promotion, Nutrition and Oral Health Lynn Moeng presented on that at the Health-e News Obesity Prevention National Journalism Training on October 11, World Obesity Day. Here are some of the reasons South Africans are overweight.

We need to be talking about the obesity epidemic, locally and globally

A Streetwise 2 with small chips at KFC will cost you R30,90. A ¼ chicken meal from Nandos where you can choose to eat a grilled piece of chicken breast with a healthier side like spinach, roasted vegetables or salad and a soft drink is R67, 00. White bread is much cheaper than whole wheat and low G.I. bread. These are just some examples of how eating healthier can be much more costly. We tend to buy what is more affordable to us and not all South Africans have the buying power to eat healthily.

At the same time, fast food outlets are much more accessible than healthier alternatives. There’s a McDonalds or a Debonairs on every corner, but a Kauai or a healthier equivalent is far more difficult to find. Faced with hunger, unhealthy foods are cheaper and more readily accessible.

And our markets are open with the fast food industry thriving. Fast food franchises like Burger King, Krispy Kreme, and Starbucks are increasingly being exported to South Africa and you don’t need us to tell you how bad these are for you. (But in case you do, see here.)

Living with obesity: “thereâ€™s an unhealthy relationship with food”

Our attitudes towards weight

While fat shaming and fatphobia is real, there are some contrary attitudes to weight in the South African context. Many South Africans are socialised into thinking bigger is better. Who can forget when Economic Freedom Fighters leader Julius Malema lost weight a couple of years ago and the African National Congress Youth league in KwaZulu Natal released a statement that said his “unexplainable weight loss” had affected his mental ability.

Bigger means wealthier and more prosperous. Being plumper in a marriage can indicate that you are more well looked after. Babies who are not plump are considered neglected by their parents. If you’re too skinny, there is a stigma that you are HIV positive (which is harmful on many levels, but that’s a chat for another day).

‘We don’t understand that body shaming is a shame itself’

We eat for the wrong reasons

Food should be fuel to to power our existence, so we can contribute to society. But we eat for reasons other than that. As endocrinologist Dr Sundeep Ruder says, we don’t eat with purpose anymore. We eat for gratification, to fill voids in our emotional well-being, because adverts make certain foods sexy.

Our portion sizes are way too large

We are taught that leaving food on our plates is wrong because it’s wasteful or that when eating at a buffet, we should pile food onto our plates because it’s all we can eat for a fixed price. For a few more rands you can upsize your sugary beverage at Starbucks or your meal at McDonald’s. All you can eat ribs or sushi is a drawcard at a number of popular restaurants.

We eat all the wrong foods

South Africans generally eat diets high in meat and starch and low in vegetables. Braais and chesa nyama is all the rage, but veggies get a loss less hype. Produce is far less calorically dense than starches, meat, and fat, and keeps you fuller for longer so eating more fruit and veg can indeed be an obesity-fighting strategy.

Besides that, we eat way too much processed food because it’s convenient and often affordable. Processed food is chemically altered and is often high in fat, high in sugar, high sodium: it’s a small portion of food condensed with energy. Needless to say, eating processed food like ready meals, processed meat, pre-cut chips or cereals are not good for you at all.

You donâ€™t have to go vegan, but here are 5 reasons to consume less animal products

The only vegan at a summer braai: a guide to self defence

Did you know that there are 11 teaspoons of sugar in a can of dry lemon? Despite its sour, almost bitter taste, it has three more teaspoons of sugar than a can of Coke. You probably don’t look at the nutritional information on the packaging of the food you’re eating. Even if you do, it’s difficult to decipher what exactly is in what you’re eating.

We do insufficient physical activity

Especially in urban areas, we walk far less. Often there is concern over safety which means that you would be less likely to walk and more likely to use another mode of transportation. People are also more likely to play video games or sit on social media than going out and doing physical activity for recreation.

We, as South Africans, have a lot more work to do to combat obesity in our country.

#LGBQTILife: Working as a doctor in rural South Africa