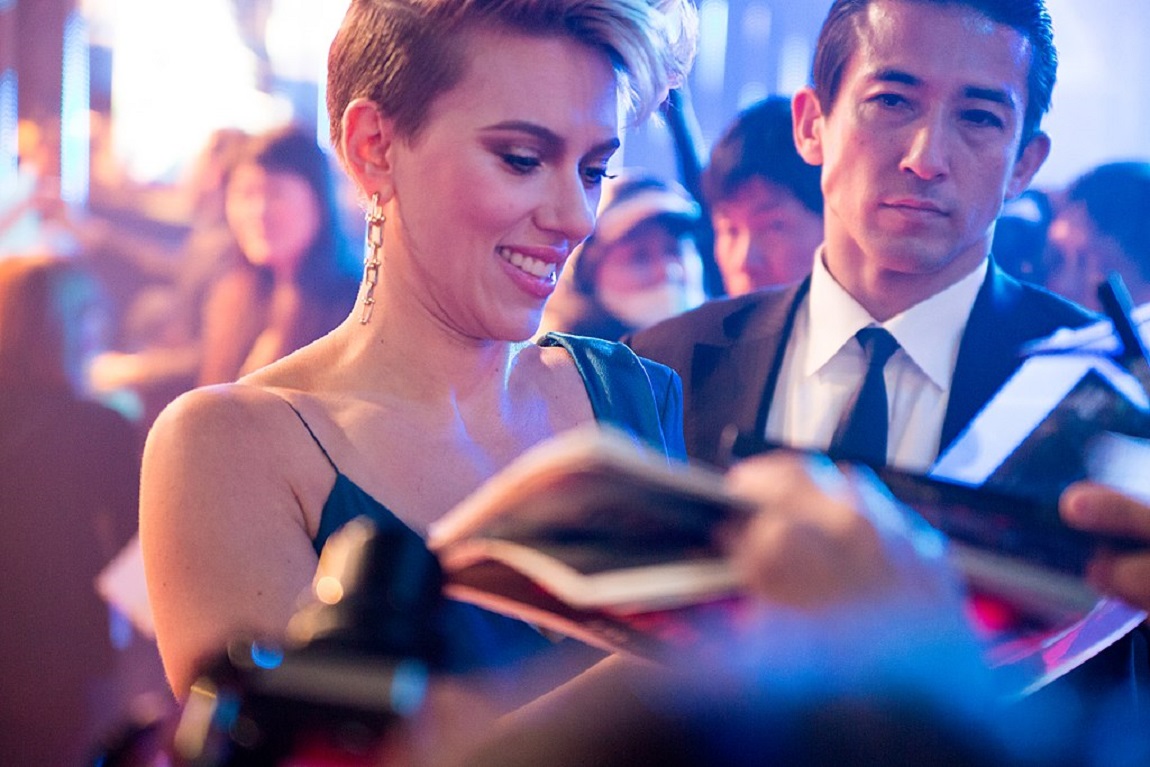 After its release in March 2017, Rupert Sanders’ American sci-fi action Ghost in the Shell was widely accused of whitewashing due to its casting of white actress Scarlett Johansson for the role of Japanese character and leading lady Major Motoko Kusanagi. The casting choice spoke to a broader conversation about Hollywood’s long-term problem of whitewashing and the institutionalised racism of the film industry. Now, more than a year later, Sanders has announced Johansson has been cast in his upcoming crime drama Rub & Tug – this time as a transgender man. This will be the second time in two years Johansson has been cast by Sanders to play a role on screen that represents a group to which she does not belong, writes RUTH DE CERFF.

It is commonly understood that the Hollywood film industry is disproportionately white and male – in terms of both actors in front of the camera, and those at an executive level behind it. For example, the under-representation of people of colour at the annual Academy Awards nominations was protested with the hashtag ‘#OscarsSoWhite’ in 2017. This is not because there is a lack of POC actors or film makers in Hollywood, but rather because they are not afforded the same level of opportunity or recognition as their white counterparts. In both cases of Sanders casting Johansson, it can be argued he did not afford Asian actresses nor transgender actresses the same opportunity at being cast for the roles Johansson was.

Johansson’s responses to the accusations of whitewashing, misrepresentation and appropriation have been less than satisfactory. In a 2017 Marie Claire article, in reference to her role as Kusanagi, Johansson stated:

“I would never want to feel like I was playing a character that was offensive”.

News flash, Scarr: no one would. This would be an endearing statement in a conversation about Johansson feelings towards the roles she takes on, but in a conversation about Hollywood’s institutionalised racism, it’s hardly relevant. Now, seemingly bored by the new wave of backlash she, a cisgender woman, has received for her newly announced role as a transgender man in Sanders’ Rub & Tug, a representative of Johansson gave the following comment to Bustle on her behalf:

“Tell them they can be directed to Jeffrey Tambor, Jared Leto and Felicity Huffman’s reps for comment.”

Johansson’s choice to respond to the outrage by bringing up cases of cisgender actors playing transgender roles in the past seemed to insinuate she believes she isn’t deserving of criticism for following suit. Perhaps she shouldn’t be singled out for taking on the role, but rather for her comments in defense of taking the role, which still express a disconnect from trans communities and the issues that affect them.

“Actors who are trans never even get to audition for anything other than trans characters. We can’t even get in the room.”

Here Clayton speaks of a dilemma both trans actors and POC actors have in common: just as trans actors are not considered for cisgender roles, POC actors are not considered for white roles. So why should the opposite be a common practice? When it comes to being cast, the sky’s the limit for white cisgender actors, while the opposite is true for their counterparts. This is why accusations of both institutionalised racism and transphobia in Hollywood shouldnâ€™t be dismissed.

Actors who are trans never even get to audition FOR ANYTHING OTHER THAN ROLES OF TRANS CHARACTERS. THATS THE REAL ISSUE. WE CANT EVEN GET IN THE ROOM. Cast actors WHO ARE TRANS as NON TRANS CHARACTERS. I DARE YOU #RupertSanders @NewRegency #ScarlettJohansson https://t.co/RkrW8MeGcG

Trace Lysette, also a high profile trans actress, echoed Clayton’s stance and spoke out on Twitter too, giving her perspective on the announcement of Johansson’s new role. She believes one of the reasons why cisgender actors continue to play transgender roles is because Hollywood continues to reward them for it. She tweeted:

“Not only do you play us and steal our narrative and our opportunity, but you pat yourselves on the back with trophies and accolades for mimicking what we have lived… so twisted. I’m so done.”

And not only do you play us and steal our narrative and our opportunity but you pat yourselves on the back with trophies and accolades for mimicking what we have lived… so twisted. I’m so done…

Appropriating the narrative of a marginalised group is insensitive and exploitative. Actors from marginalised groups deserve the right to play themselves on screen. Furthermore, they could arguably bring a new level of depth and authenticity to these performances due to an ability to draw on lived experiences. Sanders has been able to move swiftly from misrepresenting Asian bodies to misrepresenting transgender ones because he was not held accountable to the extent he should have been. It is the public who are continuously left with the responsibility of calling out problematic practices of representation. If the industry refuses to initiate the conversation, the least they can do is listen to those who will.

Ruth de Cerff is a UCT graduate in English, Media and Film based in Cape Town. She did her post-grad diploma in Marketing and Advertising Communications at the Red and Yellow School and currently works in digital marketing for the live music venue Café Roux. She co-runs a book review blog called Dog’s Ear.