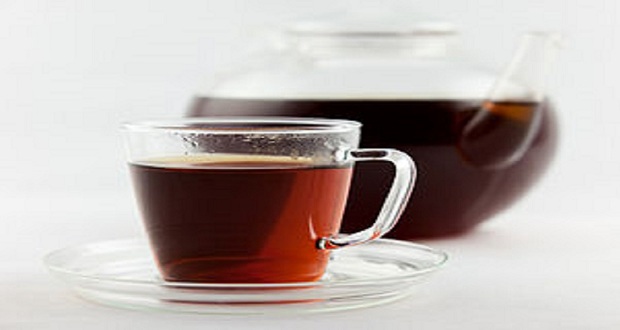 There are very few things more proudly South African than a good cup of rooibos tea. But aside from tasting great with a slice of lemon and a squeeze of honey, rooibos is a globally recognised “superfood” with a surprising amount of health benefits.

Technically speaking, rooibos is a herb, not a true tea. The brew that many South Africans grew up drinking is considered a tisane (herbal infusion). And like any superfood, it’s full of health-boosting vitamins, minerals, antioxidants, flavonoids and polyphenols (the last two are just fancy words for antioxidants).

A recent study by the South African Medical Research Council (SAMRC) suggests that rooibos may be able to prevent or delay the onset of type 2 diabetes. Type 2 diabetes, according to the American Diabetes Association, causes the blood sugar levels to rise higher than what is considered normal. It also causes insulin resistance which means the body is unable to use insulin properly and over time, cannot produce enough insulin to sustain normal blood sugar levels.

Type 2 diabetes is the most common form of diabetes.

Nireshni Chellan, the scientist who conducted the study, says one in 14 South Africans suffer from diabetes because of poor lifestyle choices. According to Chellan, strokes, blindness and renal failure are some of the more serious complications associated with diabetes.

Rooibos is packed with antioxidants which helps fight type 2 diabetes.

“Antioxidants are said to play a big role in terms of type 2 diabetes, because type 2 diabetes is characterised by high levels of oxidisers and inflammation,” Chellan told EWN.

The complex mix of antioxidants in rooibos may also be able to prevent the onset of heart disease. Rooibos contains a heart-health promoting substance called Chrysoeriol. Chrysoeriol is an antioxidant that helps prevent and treat vascular disease (abrupt change of the direction of the blood flow) by slowing the migration of smooth muscle cells inside the aorta – a key cause of the narrowing of the arteries – which could lead to heart attacks. Chrysoeriol is also an effective bronchodilator (a substance that dilates the respiratory tract and increases airflow to the lungs), which helps to lower blood pressure and ease spasms.

South Africa’s tea drinking population is 30.9 million strong and rooibos is fast becoming the more popular choice of tea in the country.

When you’re not sure whether to drink Rooibos, 5 Roses or Joko. Due you have a little bit of

In terms of trade, rooibos is one of South Africa’s most popular exports.

According to the South African Rooibos Council, (yes, there’s a whole council dedicated to the stuff) an average of 12, 000 metric tonnes of Rooibos is produced in South Africa every year. Between 4,500-5,000 tonnes of rooibos is consumed by South Africans, the rest is exported.

“Germany and Holland are already together consuming probably more than South Africa is but it’s also popular in the United States, Japan and other countries in the Far East,” said du Toit.

Due to its increasing global demand, exports for rooibos increases by about 6, 000 tonnes each year, so it’s great for our domestic markets. It provides income and employment to over 5, 000 people and earns an estimated R500 million every year.

Rooibos is native to the Cederberg region of South Africa and has been harvested by the Khoisan for centuries.

According to the South African Rooibos Council rooibos is an all natural product containing no additives, colourants or preservatives. It is naturally caffeine free and – the best news – is that rooibos has no calories.

With its mildly sweet and fruity flavour, its soothing herbal smell and distinct red colour, there is nothing quite like rooibos tea.

â€˜Scuse me while I put the kettle on.