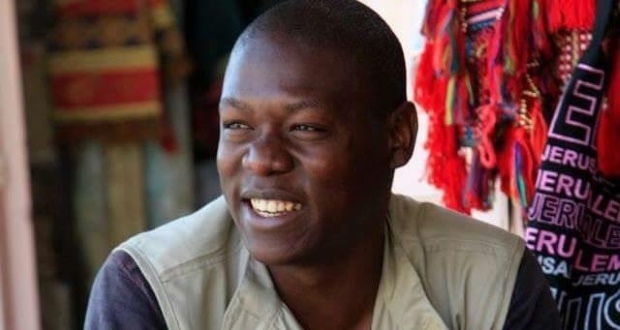 ITANI RASALANAVHO is a 31-year-old law student based in Soweto who has travelled to the West Bank in Palestine and seen the reality of the situation. He has seen Israel for himself, and told Aaisha Dadi Patel his version of events.Â

First and foremost, the sponsored trips to Israel are a world phenomenon so people can be taken to see a side of Israel, as opposed to the truth. It’s not just targeting South Africans. Once they’re taken there, these people are shown a materialistic side of life there. But there are also organisations that send people like me to the West Bank to witness what really happens at the West Bank, a contested territory that people taken on propaganda trips are often not taken to [in order] to avoid them seeing what really happens.

I spent three months there, mostly in the West Bank with Palestinians. My impression of the whole thing is that there is segregation in more ways than one. The first form is between the Israelis and Palestinians, and especially the segregation in the West Bank itself between Palestinians and settlers. From the roads that are used, the signs on the roads, the territory where the Palestinians can and can’t be compared to the settlers. It is separated in many ways. There are roads where you’ll never find a Palestinian car, referred to as settler roads. There are places Palestinians cannot buy land. 93% of the whole of historic Palestine is now Israel, including the West Bank, which is supposed to be under occupation and not taken. But they are losing land on a daily basis and the laws are applied separately. It is only Palestinians you’ll see being stopped at checkpoints. Settlers and Israelis are allowed to pass through without hassle, simply because they have a yellow card and number plate as well as dual nationality.

In Israel itself, there’s a lot of discrimination, particularly amongst the Ethiopians, who are black. The Ethiopian and Eritrean migrants are referred to as “falasha“. They get treated better than the Arabs, but there is a lot of internal segregation still happening. In December, the falasha were issued with a statement saying that Ethiopian women were being injected with contraceptives where they thought it was vaccinations.

They get less access to services than the Jews do in Israel. Jobs are mostly reserved for the Jews. The rest – blacks and Arabs – are mostly just labourers.

When it comes to how outsiders view the conflict, I think the most important thing is the source of information for the people. People use the media as their main source of information and it is unfortunate that the media sometimes gives us distorted information. I feel Israel has huge control and support in the mainstream media because the messages it spreads about Palestine are quite negative.

People don’t always know what to believe until they reach the right news resources. I’ll give you an example with myself. My first interest in the conflict was two days before 9/11. But it took me so many years to find alternative information to what we were being fed, which was primarily pro-Israel. So a lot of people were receiving information that Israel are a group of victims at the hands of these terrorists. When you see the word “terrorist” the first thing that comes to your mind is what you see with your ISIS. When you’re there, you realise there a lot of ways that things can be covered. Not only the propaganda of information we receive through media, but even internally. There are people that go there into the state and travel around it, but not see the actual situation.

If somebody was to come here during the apartheid era, they could travel around Johannesburg and not see shacks and townships, and the poverty and racism supplied during the apartheid regime. And that’s the case with Israel. A lot of people will go there, come back, and say, “We didn’t see it.” Yes, they didn’t see it because they were not shown the areas where the occupation takes place and where segregation laws apply.

It’s fair to have the apartheid analogy. But what raises the question of the fairness is the way that the separation is more subtle. Israel’s apartheid is far more sophisticated. It is not in your face. That is where the difference starts. But when you look into the laws, that’s what determines apartheid. Israeli law mainly favours the Jewish community, and with civil law for Israelis and military law for Palestinians.

I didn’t witness apartheid but those who did and went to the West Bank, they say that what is happening now is even worse than apartheid. Maybe, it’s not even worth comparing the two.

As told to Aaisha Dadi Patel, edited for brevity and clarity.

Editor’s note: On Tuesday 15 March, this post was edited to update the spelling of what was originally said here to be “fanasha”, the correct term is actually “falasha”. Another point of clarification: While black, African jews officially, at least, enjoy the rights of Israeli citizens, even though these rights are not reflected in their daily realities. The situation of non-Jewish African immigrants into Israel is yetÂ worse.Â Â