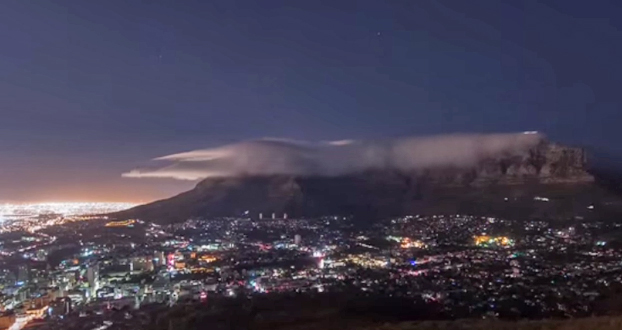 Freelance photographer Eric Nathan captured this incredible time-lapse video showing Cape Town during and after a bout of load shedding.

Images of #CapeTown during & after tonight’s load shedding. Fascinating to observe a city in darkness. #loadshedding pic.twitter.com/Pnp8OOUQtC

ShotÂ from atop a hill, the video shows landmark Table Mountain and the greater Cape Town as it transitions from a total power outage to a completely lit up city.

Cape Town, you are magical.

– Featured image: Screengrab from the video.Â