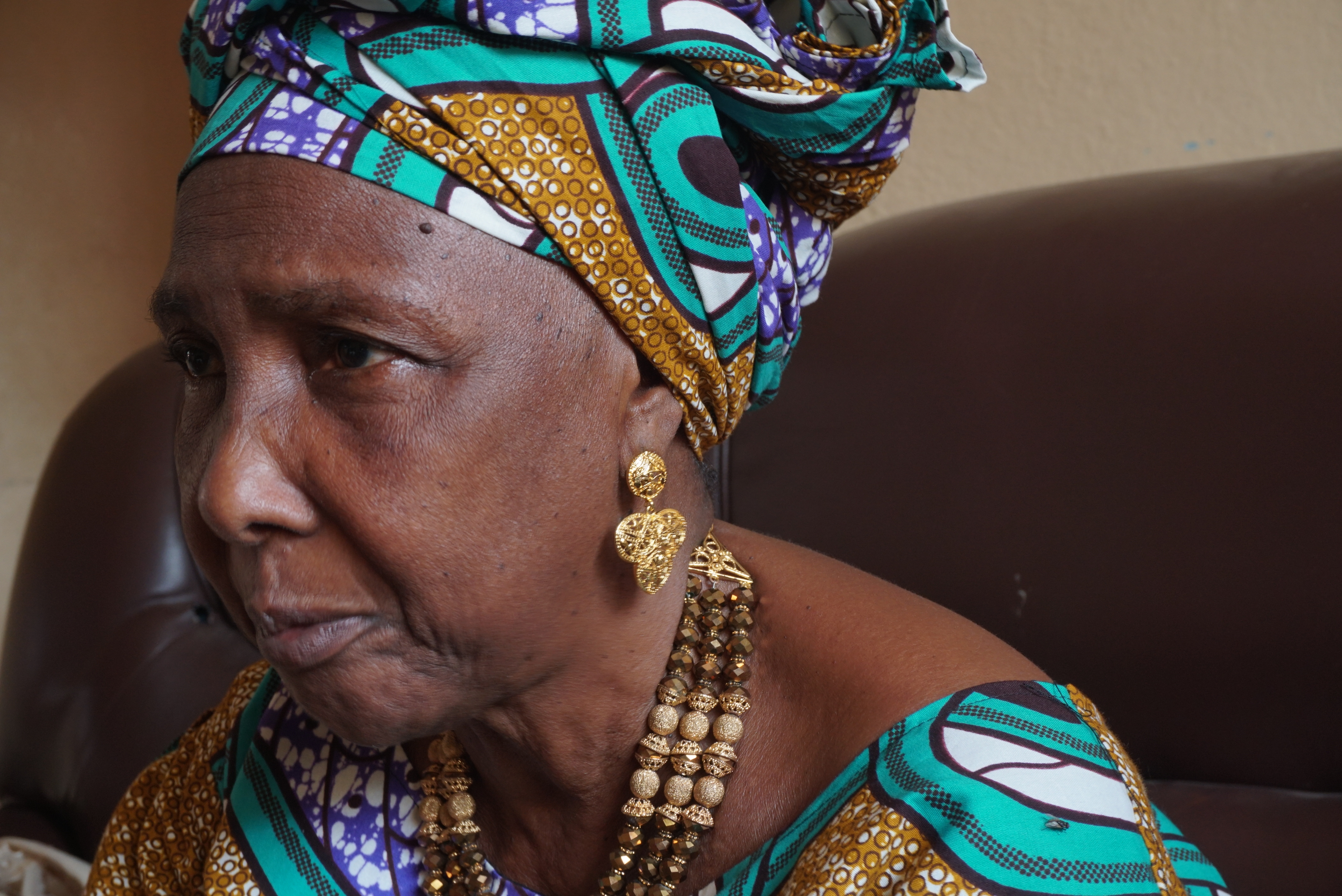 Halimatou Souare smiles as we enter her modest home in the southern Senegalese city of Zingonchor. Known as “a pioneer for peace” in the restive region of Casamance, wrecked by years of conflict, the 68-year-old settles on a brown faux-leather couch, and requires little more than a gentle prod to begin her story.Â  As one of thousands of women displaced by the war in the 1980s, Souare founded an organisation called “Kagamen” that looks to support women affected by the war. It’s goals are multifold: assisting those injured by land mines, encouraging displaced women to return home and create economic opportunities for women in the region. For her efforts she was elected as deputy Mayor ofÂ Mangangoulack, a town in Bignona and has led women in marches against the war. As she begins to narrate, aÂ pair of goats bleat outside, roosters crow; inside, an old television set crackles loudly from a poor satellite signal. SheÂ is neither bothered nor hindered by the racket.Â

“It started around 1981/2. The people here wanted independence because the government was not interested in Casamance. This is how it started. I was displaced from my village.Â  My house was burnt by rebels. I lost everything. I was separated from my children for a month. It was horrible. There was only pain. Just pain.

CONTEXT: The Casamance region located in southern Senegal is separated from the rest of Senegal by The Gambia. The people here have long accused the northÂ of exploiting their resources. In 1982 when protesters took to the streets of the region claiming they had been neglected and abused by the north. When leaders of the movement known as Movement of Democratic Forces for Casamance (MFDC) were arrested, Africa’s longest independence movement was born. For more than three decades, pro-independence fighters and security forces have clashed.Â The war has claimed the lives of up to 5,000 people. At least 40,000 were internally displaced in 2000. After almost four decades of conflict, a partial ceasefire is holding.

“A weapon doesn’t know the difference between father and a son. We had family in the army, we had family with the rebels. This is why I got involved in trying to bring peace. The war was an exercise in killing our own people. Our own children, our own wives and husbands, our own fathers. I came to Zinginchor and never went back.

I remember a lady named Rosa, who is in Guinea-Bissau now, got hit by a mine and lost her legs completely. Two of her daughters died beside her. Whatâ€™s dangerous about the mines is not losing legs but the liquid from the mines. Itâ€™ll mess up your whole body. People canâ€™t sleep now, itâ€™s painful. Parents of children donâ€™t want to raise their children because itâ€™s too much.”

CONTEXT: As a low level conflict, violence erupts sporadically. In January 2017, 14 people were killed inÂ  an attack on villagers and loggers near the town of Borofaye. It was the first attack in the region in years. Casamance remains Senegal’s most fertile region. But a large chunk of agricultural land in Casamance has been rendered unusable because of landmines.Â  The struggle in Casamance is inextricablyÂ linked to the resources, especially illegal logging, in the region. It is also a key drug trafficking route.

Role of women in the peace process

“In the eighties I used to support women who were displaced. I used to help with food distribution. I also tried to train them as well. I have personally spoken to rebels and the government and urged them to talk to each other.

In 2003, we organised a march for peace.Â In 2005, I led a march which was attended by the current President Macky Sall. He was the Prime Minister then. We marched around six times. We also tried to convince mothers to talk to their sons and tell them to stop the war.

Everyone thinks the war just stopped but thatâ€™s not the case. There was a lot of talk and discussion. We worked hard on the peace process. We would approach mothers of the rebels and convince them to put down their arms. The reason the government and the rebels listened to us is because we didnâ€™t go to the government and ask for money. So they trusted us. I can breathe now. Now you can walk around without seeing victims or soldiers carrying dead people everyday. It is a big difference. Since there are multiple parties sitting at the table, there have been improvements. Things arenâ€™t complete but theyâ€™re on the right track.”

CONTEXT: When the war began in the early eighties, local priestesses made the rebels promise they wouldn’t give in. the fighters were also given spiritual protections. Many priestesses have now tried to undo these vows to the rebels can come home.Â “There hasn’t been any justice. Not for the dead, not for those who were hurt or displaced. The people need compensation from the government but they havenâ€™t received it. We lost a lot of people but there hasn’t been any justice.Â Although formal peace negotiations are dragging on, we are already looking to the future. Many challenges remain: the fate of displaced people, the danger of landmines and a struggling economy. But we hope the isolation of the region will end.”Â

CONTEXT:Â President Macky Sall has reportedly made Casamance a priority. Talks are ongoing, but slow. There continues to be a massive military presence in the region and analysts say that there is no real attempt to advance a sustainable peace agreement. A permanent cessation of hostilities has yet to take place.

Azad Essaâ€™s reporting in Senegal and The Gambia was supported by the International Reporting Project.

Featured image by The Daily Vox