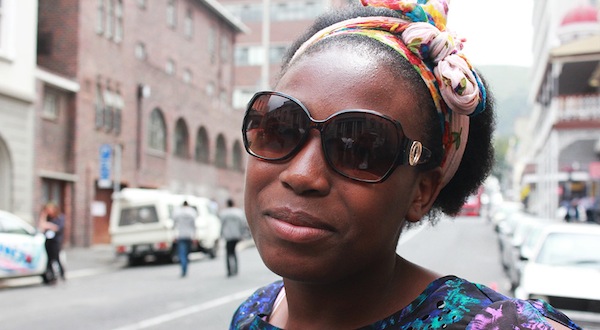 As the news of Senzo Meyiwaâ€™s deathÂ sinks in, South Africans have shared their thoughts on the soccer starâ€™s passing. Role model, hero and irreplaceable goalkeeper are just some of the ways Capetonians have described the late soccer player. RAâ€™EESA PATHER reports. Eddie Bedja, 47, human resources practitioners, Strandfontein
Itâ€™s very tragic. He was a professional sportsman who just made it into the big time. Itâ€™s going to be a big loss for the Bafana Bafana setup; his shoes wonâ€™t easily be filled. But I believe at this time that we must think about his family, and keep them in our thoughts and prayers. If there is a criminal element involved, then I hope that the perpetrators will be brought to justice.Â  Heâ€™s a sporting icon, and a role model coming from a disadvantaged area, so there were youngsters aspiring to be like him. Khaylethu Dyani, 43, unemployed, Joe Slovo
Iâ€™m very sad about Meyiwa and his family also, because we have lost a bright young South African.Â He is a hero of South Africa. As I was watching the games of Bafana Bafana, he didnâ€™t let the goals in. Itâ€™s going to take Mr Shakes Mashaba a long time to choose another goalkeeper as good as he was. I suppose the police will find the people responsible, because thereâ€™s no other way except for the police. WeÂ are losing the heroes of South Africa. South Africa is not going anywhere because people are killing innocent people. Zaba Fani, 19, intern at Department of Transport and Public Works, Fish Hoek
We are upset because he was a great goalkeeper. His team just won a game on Saturday against Ajax, so weâ€™re all sad about him. He didÂ a lot for South Africa as a goalkeeper, while Khune was injured. He was the best at what he does. PeopleÂ canâ€™t just commit a crime and get away with it. There must be some kind of justice. If you are a nobody maybe people wouldnâ€™t care, but now people want know, â€˜How did Senzo die?â€™ because he was a celebrity. Danny Moonsamy, 53, carpenter by trade, Steenberg
His death is sad, he captained South Africa when Khune was injured. It was a senseless killing. The guy just went to visit his girlfriend and they killed him. It wasnâ€™t outside the house, it was inside. People are killing even for a lousy thing like a cigarette.Â Itâ€™s just senseless. Meyiwa was a role model, young kids thought of him like that. Ernest Sanders, 55, electricity worker, Delft South
He was a good player, I liked watching him play. Meyiwa was a good soccer player, and kids looked up to him. I think the police will do their job for him. They killed someone there by us also, but I canâ€™tÂ  say anything about it. It happens like that by everyone – they shoot people everywhere. I donâ€™t know why it happens like that.