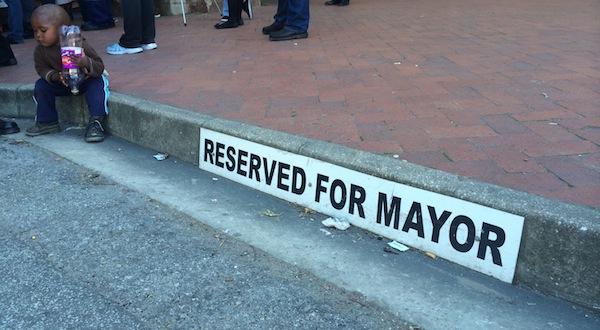 Important only because of the local university and National Arts Festival, Makana Municipality may offer some important lessons on how to improve local governance that has fallen into complete chaos, writes STUART THEMBISILE LEWIS.

“Local government exists to serve the people. That is the bottom line,” said President Jacob to the presidential local government summit in Johannesburg last month. While Zuma is taking every opportunity to drive home how important local governance is to his administration, the reality on the ground is depressingly stark.

The Makana Municipality in the Eastern Cape, identified as a key municipality by national government because it is home to Rhodes University and the largest arts festival on the continent, is in complete chaos.

The Auditor General’s report on local government in the Eastern Cape for 2012-2013 contains four mentions of Makana. Three of these state simply that the submission of documents needed for the audit simply did not happen and so the AG was unable to complete its audit.

The fourth is part of a table on Eastern Cape municipalities. While the other municipalities have colour-coded blocks detailing the audit findings, Makana’s row features nothing but blank spaces.

Makana is a glaring example of where local government can go wrong and, now perhaps, how it can get fixed.

What’s rotten in the state of Makana? The Makana Municipality is home to the city of Grahamstown and a few smaller towns like Alicedale and Riebeek-East. It sits along the N2, about midway between Port Elizabeth and East London, covers about 4000 square kilometres and caters to 80 000 residents.

It is also owed over R240 million in rates and taxes by residents and private companies.

In an interview with local newspaper Grocott’s Mail earlier this year, acting municipal manager Mandisi Planga said that Makana was “technically bankrupt”. Meanwhile the DA’s municipal caucus leader Les Reynolds has pointed out that the municipality’s income was simply insufficient to cover their expenses.

The biggest culprits are residents who owe around R199-million to Makana. It’s estimated that Makana collects only 65% of the revenue that it bills residents for.

Residents are simply not paying for services. However, given the quality of service delivery in the municipality, this is unsurprising.

Last year, Makana grabbed headlines when students and staff at Rhodes University marched to the Grahamstown City Hall demanding that the water supply be returned. At the time, parts of campus had been without water for nine days following a series of malfunctions at the Howieson’s Poort pump station, which is responsible for campus supply.

Rhodes’ vice chancellor at the time, Dr Saleem Badat, handed over an open letter to Mayor Zamuxolo Peter detailing the university’s complaints. The water supply in high-lying areas was eventually turned on after 19 days, following a presidential intervention.

Water supply issues have been affecting Grahamstown long before Rhodes got involved. Parts of Joza township were left without water supply for several months and some areas have never been connected to the municipal system at all.

It took a protest from the institution which contributes R2.5 million just in rates and taxes to Makana, to force the municipality’s hand.

Infrastructure problems continue to plague Makana in a range of spheres, from the continued use of the bucket system to dangerously degraded electrical substations and inadequate housing provision.

The municipality was eventually forced to use three quarters of its Municipal Infrastructure Grant, which is specifically put aside for the development and maintenance of infrastructure, to cover running costs. But it is unlikely that residents will see a change anytime soon.

So what is being done about it?

On 27 August this year, a cross-section of residents marched to the Grahamstown City Hall under the watchful eye of specialised riot police from East London. The march, organised by the Unemployed People’s Movement (UPM), a social justice movement based in Grahamstown’s townships, and the Public Service Accountability Monitor (PSAM), called for the dissolution of Makana under Section 139 (1) of the Constitution.

Section 139 (1) deals with provincial intervention in the affairs of local governance structures in crisis. It allows for provincial government structures to take over responsibility for things that the local municipality are failing to provide and, at its most extreme, dissolving the Municipal Council and appointing an administrator in its stead. The mayor, despite an aggressive reception from the gathered crowd, accepted the call for action and agreed to submit a proposal to the Eastern Cape provincial government.

The proposal was accepted and Makana has been placed under administration for three months. National Minister of Cooperative Governance and Traditional Affairs Pravin Gordhan himself came to Grahamstown to rubber-stamp the decision.

At the end of the three month period, the decision to place Makana under administration will be reviewed and possibly extended. Reports suggest that the new provincial administrator is supposed to take office sometime this week.

Unfortunately Makana is not out of the woods yet. Almost immediately after the administration order was given, details of a report by forensic auditing firm Kabuso implicating senior ANC officials in the municipality in alleged financial and administrative irregularities came to light. This resulted in an attempt by opposition parties to have the mayor and speaker removed from office.

Makana remains an example of the mismanagement by local government in the Eastern Cape and its problems look set to continue. But there is at least some attempt to fix these problems thanks to the efforts of local residents and journalists. If as much attention was paid to other struggling municipalities, national government might be able to deliver on its promise to improve and strengthen local governance. Stuart Thembisile Lewis is currently in his third year of a Bachelor of Journalism degree at Rhodes University. Essentially a leftie, pinko socialist, his Twitter bio is a collection of all things he does when he’s not stuffing around on the internet. Follow him on Twitter.