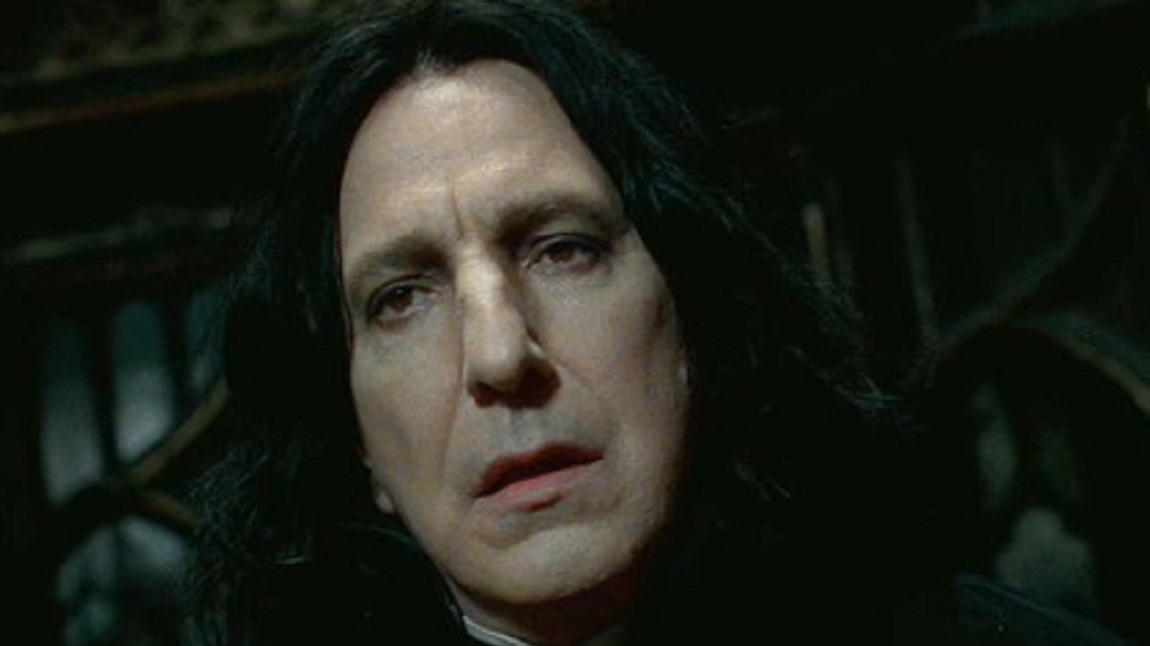 Just a disclaimer before I start – I am a huge Potterhead. I have lived and breathed all of the Harry Potter books for as long as I can remember. I know many of the obscure, often-forgotten details about the book and that’s why I think I am qualified to say that Severus Snape is not a redeemed traitor character. In fact, his behaviour tells us a lot more about white supremacy, racism and trashy men than any other characters from the books.

Let’s start off at the ending of the Harry Potter books. J.K Rowling seemingly redeems the character of Severus Snape by showing that he was actually playing a double role. While most people in the universe thought he was a traitor who killed Hogwarts headmaster Albus Dumbledore (spoiler alert) and betrayed the Order, we find out he was just acting on the orders of Dumbledore and that this was an elaborate plan. And then he gives Harry his memories as a way of explaining his actions, therefore redeeming him, right?

Snape might have had legitimate reasons for hating Harry’s father and his friends, and he did take a risk by playing a double agent among Death Eaters (those who follow Lord Voldemort, the main baddie in the series). But does that mean he’s earned his redemption? For me, the issue also concerns his reasons for actually playing the double agent, and whether that excuses all the really terrible things he did while “pretending” to be bad. Snape is a complicated character, no doubt about it. He had a horrible childhood and was bullied at school, but he is not some pitiable martyr and his reasons for becoming “good” were not all pure.

According to Rowling, a major reason for why Snape comes to Dumbledore after Lily and James were killed was because of his love for Lily. It was this love which appeared to guide his actions during the series, as well as made him despise Harry to a certain extent because Harry looked and acted like the man he felt ‘stole’ Lily away from him. To be honest though, that whole ‘in love with Lily’ motivation was just creepy.

We’re made to believe that it was his love for Lily that caused him to turn over a new leaf and realise that being a member of the Death Eaters was wrong. But he really suffers from many delusions. Firstly, Lily was never in love with him! They were friends, and he ended their friendship when she rejected him and he racially abused her by calling her a Mudblood, a derogatory term used to refer to a Muggle-born wizard.

“Snape dies looking into Harry’s eyes. The eyes of the boy who survived, because the woman he loved died. The eyes of the boy who looks the spitting image of his father; the man who bullied him, then married the love of his life… Snape’s final moments are perhaps the bravest we have seen of any character.” says an extract from the Harry Potter site, Pottermore.

This extract is so cringe. And just goes to prove that Snape never got over his high-school-obsessive unrequited crush. James and Sirius, his best friend, might have bullied Snape in school but they grew up. They left Hogwarts and tried to make a difference. Snape stagnated – he carried his anger and hatred with him as he joined the Death Eaters. He didn’t grow up.

Secondly, he literally goes to Voldemort begging him to save Lily at the expense of Harry and James. This was after he told Voldemort about the prophecy of a child who would destroy him, and only freaked when he realised who it was about. He did not care that the woman he professed to be in love with would lose her entire family as long as it meant she was alive. It honestly seems like Snape believed that if Lily was saved (but Harry and James were killed), he could swoop in and they would be together. But she didn’t love him in a romantic way! There is no canonical evidence that Lily liked him as anything other than a friend. His love for Lily bordered on an obsessive and an unhealthy infatuation.

Also in the light of the discussions around sexual harassment, abuse and consent, Snape’s character speaks to the toxic culture of men thinking they own women’s autonomy and rights to decide. That is problematic AF.

Let’s talk about Snape being a member of the Death Eaters – the literary personification of the Nazis – a group obsessed with the preservation of the perfect wizarding race untainted by Muggle blood. SNAPE WAS A DEATH EATER, lest we forget. He thought Muggles were beneath him, forgetting the fact that he was actually a half-blood (Snape’s father was a Muggle). He might have been double-crossing the Death Eaters after Lily’s death, but he was still complicit in the many terrible atrocities they committed. He continued to be part of their missions and acted terribly toward the Muggle-borns who attended Hogwarts, most notably Harry’s best friend Hermione. Using his love for Lily as justification for joining the Death Eaters can be compared to the excuses given for the racist murders of black people by ‘wounded’ white supremacists.

“But they have a family, they had mental health issues, a black person shouted at them so they were traumatised, they like taking their kids to the park, they were pillars in their community.”

And if you’re still not convinced that Snape is no hero, check out this Twitter tread. Maybe @softjily will convince you.

things snape did and no one remembers because the movies sucked in portraying him: a thread

There are many reasons why Snape can be regarded as a hero and many might think he was redeemed, but it’s difficult to accept that when his really shitty actions outweigh the good.