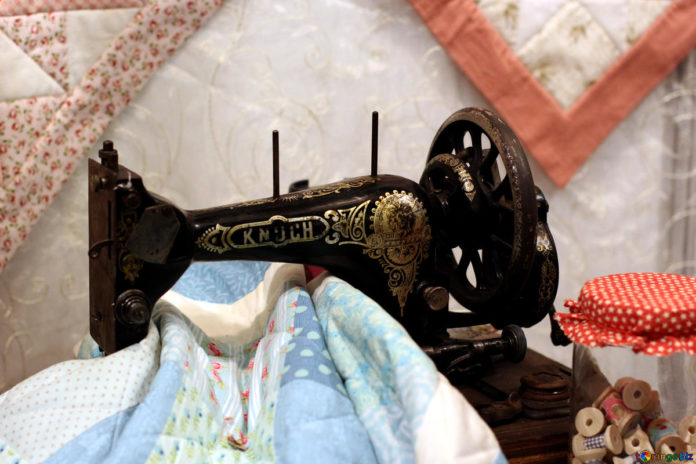 Cooperatives or co-ops are basically businesses where a “group of people get together voluntarily to address their common needs.” Once the group of people gathere together, they have to register the cooperative with the Companies and Intellectual Property Commission. Then they are allowed to operate.

“I organised some other ladies who could sew and told them I wanted to start a cooperative,” said Phala. She says before they started the cooperative, she was sewing pillow cases. These pillow cases were sold to the community.

While selling the pillow cases, someone in the community told Phala about a social development project which focused on sewing. After discussing the project with the social development department, Phala says she was told to register her cooperative. She then started the work formally.

Phala’s cooperative is known as Omama Bebhodo Nemishanelo. She said when she was first thinking of registering the co-op, she envisioned them doing sewing as well as cleaning and cooking. That’s where the name came from. “Bebhodo” means pot explains Phala while “Omama” means pot and “Nemishanelo” means a broom.

The co-op ended up being only for sewing because Phala said they didn’t receive any sponsor and support for the cooking and cleaning. The social development department only gave her help with sewing work which took the form of sewing school uniforms.

Along with school uniforms, the co-op sews T-shirts for creches and church uniforms. They also make traditional clothes for older people along with embroidery work.

As mentioned there are many different types of cooperatives. There are financial, transport, construction, housing, and much more. These all follow the basic rules of having a group of more than five people who have come together.

Phala says she started the cooperative to create jobs for the people in her community so that they could put food on the table. They are currently six members. Depending on when they receive a job, Phala says they are able to hire more people to help with the work.

“I wanted to give people jobs. The people wanted to have something to put on the table for their children. Some of them have children who go to school. When they sew, they can pay the school fees from the money they get from the cooperative,” said Phala.

Co-ops are often formed with the idea of the common good. In America, political fashion blogger Hoda Katebi has started a sewing co-op, Blue Tin Production Co-Op which is seen as America’s first clothing cooperative run by refugee and immigrant women.

“The cooperative model has been so therapeutic in that way—it’s dignified, well-paid work for women who can learn to manage themselves. One of them always says that having people believe in you is transformative in and of itself,” said Katebi about the co-op.

Phala echoed these words in a way saying that she likes sewing. “I can go to work [for example like] today and sew. After work when I get home I’ll cook and clean for kids. Then I’ll go back to the machine and sit till 1 and 2 doing my things. It’s in my blood,” she said.

Many sewing co-ops around the world are being hired by international fashion companies and brands to produce their clothes ethically. Using the co-ops not only ensures there is a fair labour practises but it also creates income and opportunities for these women employed. Congolese designer Kahindo told The Daily Vox that she uses a sewing co-op in the Congo to produce her clothing.

Phala does not only work with the women in the cooperative to create opportunities. She even teaches young people from the community, struggling with social ills, how to sew. Phala said there were children in the community who were smoking nyaope and some had alcohol-related issues. However, the young people wanted to do something with their lives but could not because of a lack of jobs. Phala then started to teach them sewing as a way of helping them.

Despite the success Phala sometimes enjoys, there are many challenges as well. A huge problem that faces Phala is the lack of sewing jobs for the co-op. “The big companies are giving us problems because we are a small company. We are struggling,” she said.

However, she wants to grow the co-op and hire more people despite the challenges.

As for her advice for others, Phala says that she would tell them to not join big companies, and to instead “start something and work for themselves.”