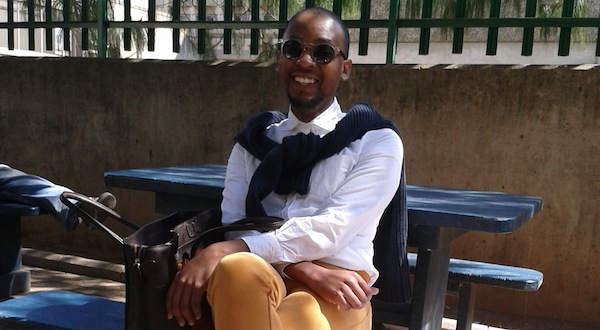 Gundo Mmbi, 23, Hillbrow
I experience street harassment often but the severity depends on where I am. For instance, if I am at Bree Taxi, people call me names likeÂ stabaneÂ [derogatory word for â€œgayâ€] and some people shout â€œYou think you are a man!â€ But in Braamfontein, I wonâ€™t get the verbal abuse, but I will get looks, which in themselves are a form of harassment. There are specific places I do not go to; I will not go partying in Soweto or in the CBD because those are the places were lesbians get raped and beaten up. Not all spaces are safe. Justin Jegels, 21, Mondeor
As someone who is part of the LBGTIQ community, I can tell you that it has been quite a challenge. We live in a world where heterosexuality is the only thing that is considered â€œnormalâ€ and that is why I came out so late in my life. The looks, the whispers, and the side-eyes still exist even though there are gay rights movements. Although I feel safe, it is still a bit awkward because I do not â€œlookâ€ gay but once a person interacts with me or observes me they will pick it up and then the awkwardness begins. Asanda Madosi, 24, Braamfontein
I am not affected by LGBTIQ-specific street harassment because I cannot tell the difference between someone who is staring at me because they are homophobic and one who stares at me because they want me. I dress in a way that expresses my sexuality and that always gets attention – good and bad, but I see all of it as good. However, I will never dress like this to Bree Taxi Rank, because that would be me asking for a beating. I am conscious of the spaces in which I can express and embrace my sexuality through my fashion sense. Jarryd Harris, 23, Pretoria
I have not been street harassed because of my sexuality as yet. When my boyfriend holds my hand when we are walking in the mall I always think about it because I know people will be looking. A lot of the times people look because they are curious, because they are not used to gay couples, so they will look once or twice, some will stare and whisper to those they are walking with. This is something we have to learn to live with and unfortunately that is the reality of many gay people. Leon Hwacha, 19, Braamfontein
People are not usually directly derogatory towards me because I do not care about them and I personally own the public space that I navigate in despite what others think of me. However, as a homosexual person, you are always looked at in a particular way because your whole being is summarised and packaged into your sexuality despite the fact that it goes beyond that. I have been calledÂ SisiÂ [Zulu for â€œsisterâ€] and many other female pronouns, but I really do not care. It gets tiring to explain yourself to everyone. I just learn how to cope with all the looks and stares by just being who I am. Nkululeko Sithole, 20, Tembisa
Itâ€™s the subtle experiences that used to get to me. The lingering stares, the whispers. Once or twice the outright comments used to get me riled up. Over the years, I have gotten used to it and I am not as moved any longer. When I came out, I used to wonder why people were so horrible but I have learnt to accept that their behaviour comes with me being openly gay. However, this is public space and I wonder, why does my right over any public space have to be limited?

*Vox pops are edited for clarity and brevity.