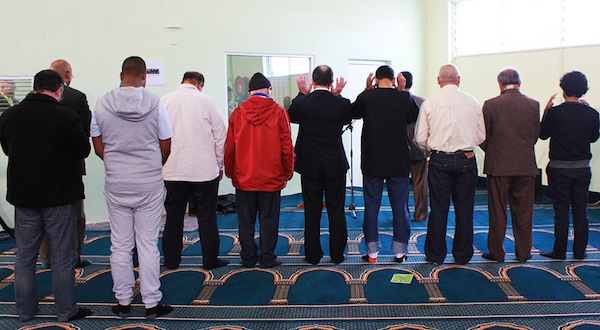 Debates around gay rights in Islam is certainly not new, but this week the conversation in South Africa got louder. The establishment of an inclusive â€œOpen Mosqueâ€ in Cape Town has sparked controversy, with some members of the Muslim community branding it a â€œgay mosqueâ€ and going so far so to threaten to bomb the mosque.

Itâ€™s unclear exactly how the debate around the Open Mosque unfolded or how â€œopenâ€ came to be synonymous with â€œhomosexualâ€ in this particular instance. But it seems to trace back to an article onÂ The South African,Â dating back to July, in which Imam Muhsin Hendricks detailed his life as a homosexual Muslim, and discussed the development of his organisation, Inner Circle, which seeks to build â€œaÂ global Muslim community free from discrimination based on religion, sexual orientation and gender identityâ€.

Hendricksâ€™s story gained traction in September â€“ and coincided with news that an â€œOpen Mosqueâ€ was set to open its doors in Cape Town this same month. Soon, the local Muslim community began to conflate Inner Circle and the Open Mosque.

But the founder of the Open Mosque, Dr Taj Hargey, has rejected any affiliation with any local Muslim groups, let alone any homosexual groups, and has described the new mosque instead as a non-sectarian and gender-equal space for Muslims of all backgrounds. Interestingly, Hargey said that the Open Mosque would not only welcome women but allow them to lead prayers.

A â€œreligious revolutionâ€ is needed in the Western Cape, Hargey told News24, and the Open Mosque is the start.

As Capetonian Muslims debated whether to picket the mosque or attend it, South Africans in general began to take note. Soon, the Open Mosque became the subject of several news stories and radio shows.

Not all Muslims agree that mosques are exclusionary spaces that now need to be â€œopenedâ€.

In a discussion with radio host Eusebius McKaiser on PowerFM, political analyst Ebrahim Fakir said: â€œIt [homosexuality] doesnâ€™t necessarily have to be made an issue, because by making it an issue itâ€™s becoming fetishised.â€

Fakir said that the general consenus among Muslims is that homosexuality is neither legitimate nor accepted in Islam, but that at the same time homosexual Muslims were not rejected from mosques.

On Facebook, he also expressed his belief that mosques have always welcomed all visitors, saying â€œIt’s a tautological nonsense. All mosques are Open, To everyone.â€

But on Facebook, McKaiser swiftly responded to Fakirâ€™s remark saying, â€œUnlocking a door doesn’t mean an inclusive space.â€ This in turn lead to a lengthy discussion on the Quranâ€™s acceptance or rejection of homosexuality.

As the Open Mosque prepares to welcome its first visitorsÂ on Friday, the controversy around gay rights and the inclusivity in Islam, continues to mark conversation.