Home Accountability Shailja Patel On Her Exile: “The One Thing I Still Have Left...
WhatsApp
Facebook
Twitter
Email
Print 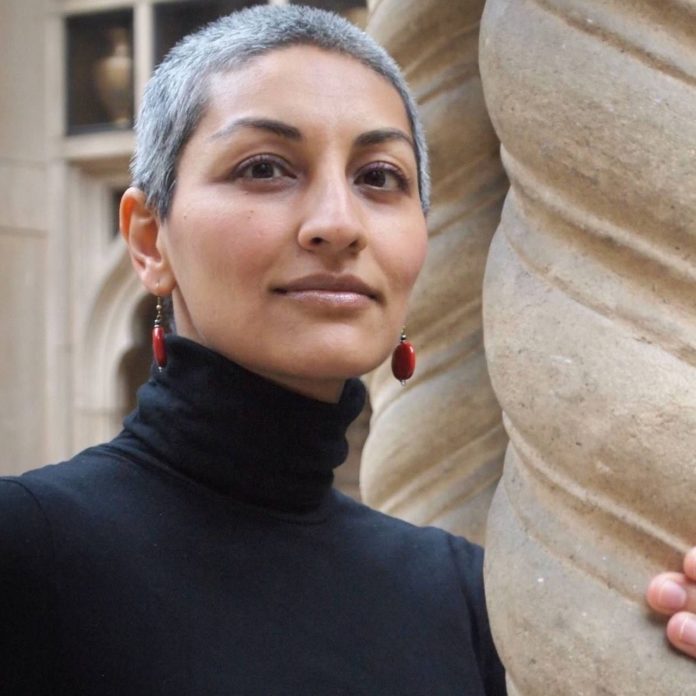 Poet and political activist Shailja Patel announced on Tuesday she was going into self-imposed exile – leaving Kenya. Earlier this month Kenyan journalist Tony Mochama was awarded $87,070 (R1,322,841) in his sexual assault defamation case against Patel and Kenyan professor Wambui Mwangi. Both women accused Mochama of sexually assaulting them in 2014. The case was thrown out of court due to “insufficient evidence”. Patel spoke to The Daily Vox about what had happened.

Patel says on the 20th of September 2014 she was assaulted by Mochama at the home of Kenya Professor Wambui Mwangi. When she informed Mwangi about what had happened, Mwangi told her Mochama has tried to “rape her and assaulted her on other occasions.” When other women also came forward with allegations of assault, they reported it to the police and pursued a criminal prosecution. Patel says they were met with complete indifference from the criminal justice system in Kenya.

“We were told to bring Tony Mochama to the police station. He ignored and missed several appointments to record a statement with the police without any consequences. He wasn’t arrested or charged for not cooperating with the police,” said Patel.

Patel said: “That’s obviously an impossible burden to put on Kenyan women and makes it a joke for any women to report sexual abuse and expect any kind of justice.”

After the court case was closed, Mochama then brought a defamation case against Patel and Mwangi for “speaking out publicly about the assault and for calling for accountability within the literary community.”

This case has dragged on for five years as Mochama did not take the case to court, she said. “We were the ones who actually pushed to go to court. We wanted to stand up in court and face him and tell the truth,” said Patel.

The case eventually reached the court in 2017.

“When we finally had the hearings and testified in court, he couldn’t look us in the eyes. His witness Wanjeri Nderu-Musembi tried to have me removed from the court while she testified because she didn’t want me to hear her lying,” said Patel.

According to Patel, Mochama could not produce any witnesses and evidence to show he had suffered losses from being accused of assault. A defamation case is meant to show that a false statement against a person exposed them to ridicule, and causes injuries to them in their trade.

“In fact, it improved his career because he got great support and indignation from all the other men in Kenya in positions of power who are afraid women will similarly expose them,” said Patel.

Many Twitters users took to social media to show their support for Mochama, saying that justice had been served. Kenya’s leading newspaper, The Daily Nation has written about how the allegations “nearly ruined Mochama’s life.” A lot of online hate was directed to Patel from Mochama’s supporters.

The ruling in the defamation case took place on August 6, 2019. The judge ruled in favour of Mochama. He ordered a gag rule on Patel and Mwangi barring them from speaking or writing about the alleged assault. The judge imposed damaged worth approximately $90,000 (R1365052,50) on Patel and Mwangi.

Patel says she views the judgment as being clearly designed “to silence Kenyan victims of sexual violence.” She added that “basically moving forward it (the judgment) allows Kenyan men to assault women with impunity and then to start to extort money from them if they dare to speak out.”

Patel says at the point the only option left for her in Kenya is to appeal the ruling. However, she says she doesn’t have faith in the criminal justice system which was designed to “silence and break women.”

“The criminal justice system was created by colonial systems to serve the needs for patriarchal colonisation. They were not designed to serve women and as we can see they have not served women,” said Patel. For Patel appealing, the ruling would mean being silenced by the appeals process which would take anything from five to ten years to complete.

Remaining in Kenya would mean jail time for Patel as she says she would never consider being silent and paying the damages to Mochama.

“I would cut my own throat before I paid a penny to this man who has harmed so many women. I could be facing a lifetime of jail and a lifetime of silencing,” said Patel.

Speaking about her self-imposed exile, Patel says: “It’s heartbreaking and my heart is broken. The one thing I still have is my voice.” She says the only moral choice for her and many other whistleblowers had was to go into exile.

“That’s my choice in this repressive environment and the Kenyan state at the moment is an extremely repressive one for women. I respect all those who choose to stay and fight,” she said.

“Every time we look the other way we allow terrible things to continue happening,” said Patel.

According to a report by Cynthia Wangamati, a doctoral research fellow, survivors of rape in Kenya face rape culture, and delays at health facilities, police stations, and courts. Marital rape is something that is also not yet criminalised in Kenya. Wangamati says this is because the definition of sexual violence is controlled by mostly male legislators.

According to a United Nations survey conducted during the 2017 election year, the most common violence experienced by women in Kenya is sexual violence.

Author’s note: There have been changes made in paragraph 18 and 19 to better reflect Patel’s words.