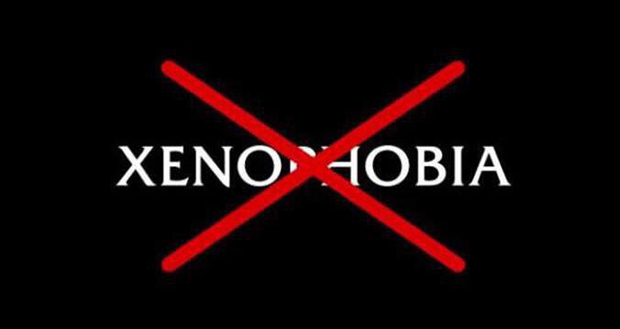 We can’t expect Govt to solve #xenophobicattacks on its own. It must be organized street by street;community by community by us as citizens.

Activist Jay Naidoo posted this tweet in the wake of the xenophobic violence in Soweto in January. But its message applies equally right now, as the scourge of xenophobia which this time kicked off in KwaZulu-Natal erupts around the country.

But, to be fair to Zuma, any media can provide a platform for inciting hate – just think Rwanda and hate ratio in 1994.

Social media and SMSes in particular, can also give rise to rumours – over the last few days there have been several instances of false alarms that xenophobic attacks are about to take place in various communities.

However, the power of social networking can also be leveraged for good. Which brings us back to Naidoo and community organising.

On Friday morning, we were alerted by an Ekurhuleni reader that residents had received the following SMS from mayor Mondli Gungubele.

Dear residents, the attacks on foreign nationals are regrettable. Let us stand together and say NO to all sorts of discrimination against each other. What is happening now is not only a threat to those affected but the future of the country as well. Let us all unite and realise that as Africans we need each other to survive. Answer the call and say NO to xenophobia. I thank you. Cllr Mondli Gungubele Executive Mayor

While some officials are still twiddling their thumbs and debating whether this is xenophobia, afrophobia or pure criminality, it’s nice to know that others are taking a firm position against xenophobia.

Have you received any SMSes or WhatsApps from officials or community organisations taking a stand against xenophobia?

If so, please let us know by commenting below, via email, Facebook, Twitter, WhatsApp or good old SMS (076 673 4076), and we’ll update this article with your input.